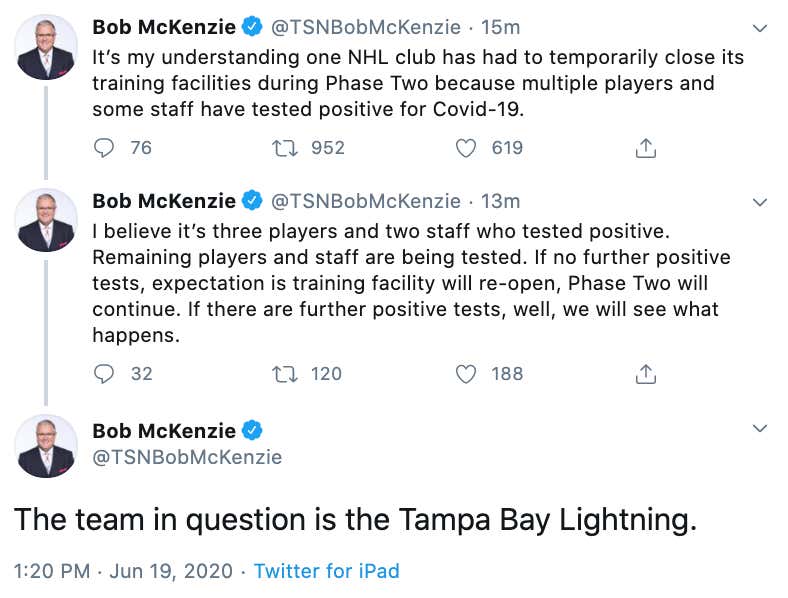 I started typing this long blog about how this is going to be a continued pattern but it's not the end of the world because COVID is highly contagious, but then I re-read it and was like "I'm not entirely sure if what I'm saying is right". From my understanding, when teams get together, they test everyone. Players will show up positive, they will be quarantined, and then eventually entire leagues will be safe for the players and staff. That's how I understand it. So when leagues get together in phase 1, we will learn of a bunch of players testing positive. But that's ok. Because we're still in this mess. We're still in a pandemic.

So that's how I understand it, and why fans won't be back in the stands for a while. If they can't even get 25 players together without 5 of them having it, how are we going to have 50,000 strangers in the stands? Talk about liability. Again, I don't know the ins and outs, but I do think sports will be back, but I also think we are forgetting a ton of people are still dying from this. Like, a ton.

So yeah. I guess we should get used to players testing positive, but I do think the leagues are handling it properly (from what I read) and taking the precautions needed to get back to playing.