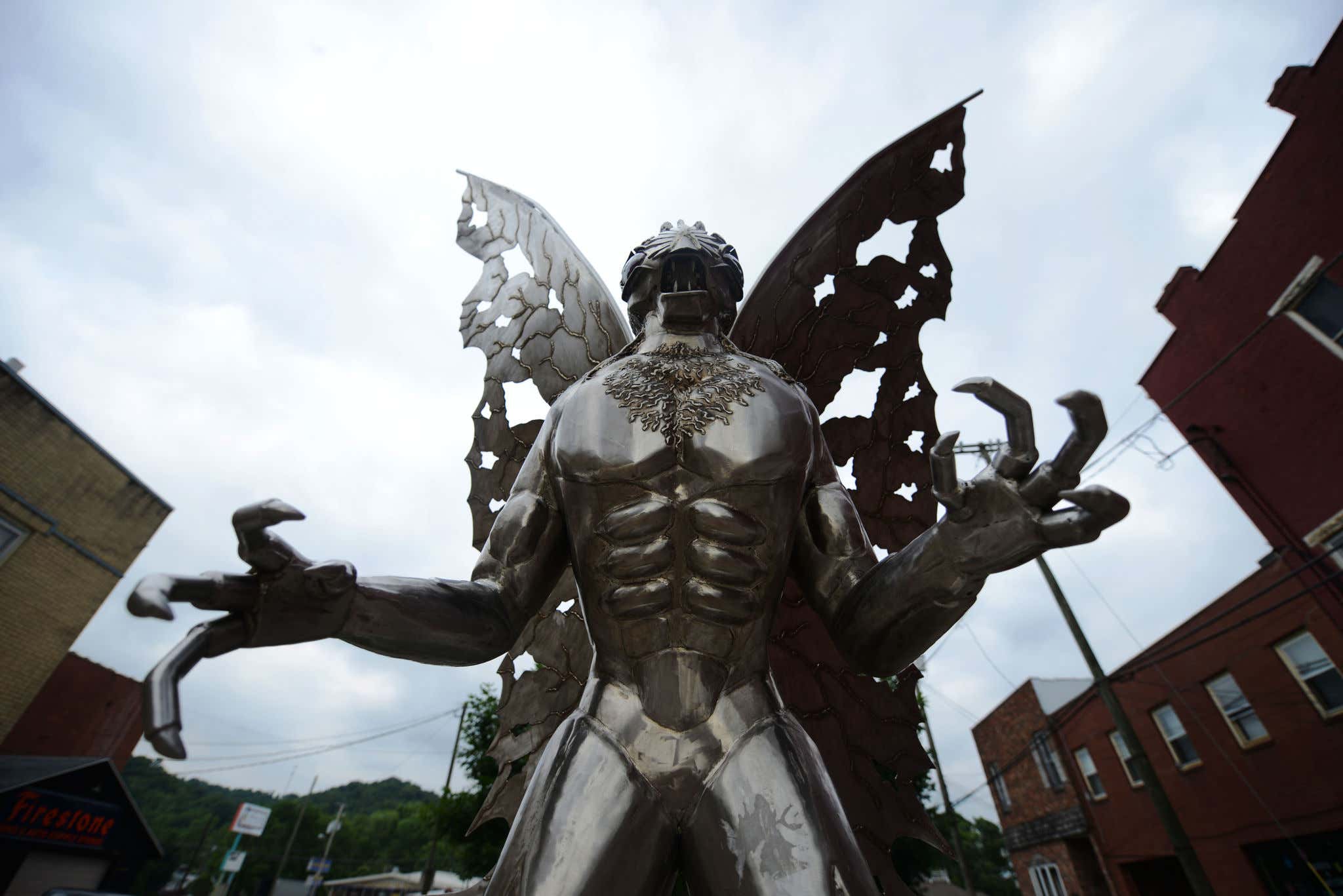 West Virginia has the unique distinction of being on of only two states that was formed as a direct result of the Civil War (the other being Nevada). In broad strokes, the region was then a part of the Commonwealth of Virginia, full of mostly rural poor, many of them miners, who couldn't see the point in taking up arms against their country, turning themselves into cannon fodder and running into Union bayonet lines just to preserve the way of life of a bunch of wealthy, plantation-owning slave traders.

So, as the country finds itself in a great national debate over whether or not to keep up statues of people who revolted against their own country and fought a war for the right to own other human beings, West Virginia finds itself in the awkward position of having such statues up to honor the men who fought for the opposite side. The guys who went out of their way to shoot at West Virginians.

But leave it to the Mountaineers to come up with a solution we can all get behind:

Change.org - We are trying to move that every Conferedate statue in America be removed- and replaced. We recommend the replacement statue be of the Mothman- a native West Virginia urban legend. The Mothman, first sighted in 1966, is a staple of West Virginia. Unlike the Confederacy, the Mothman AND his legacy are not racist, not anti-semitic, not homophobic, transphobic, or anti-LGBTQ. The Mothman is, however, a cultural icon, and a prime representation of what is really important in American culture and history. Mothman also represents part of the legacy of West Virginia,  and is an important figure to many West Virginians. The Mothman has already earned a statue AND an annual weekend-long festival in the town of Point Pleasant.

We are calling for the replacement of harmful, racist Confederate statues and their replacement with statues of celebrated American figures, primarily the Mothman.

No matter where you come down on this polarizing issue, whether you think taking down Confederate statues is denying our history or see leaving them up is like the Poles building statues to honor German generals, the Mothman is someone who can bring us all together.

Even if you're not the world's biggest cryptozoologist, you should know his story. Either from the very excellent book "The Mothman Prophecies" or the not terribly good 2002 Richard Gere movie of the same name.

In a nutshell, the Mothman is the size of a fully grown human, described as having grey skin, a 10-foot wingspan and bright, glowing eyes. He first appeared to eyewitnesses in November of 1966 in and around Point Pleasant, WV. First to some gravediggers. A few days later to two couples who say it followed their car for miles on a dark, empty, country road. They called police to report it and the next day were the above-the-fold headline in the local newspaper, "Couples See Man-Sized Bird … Creature … Something." And then dozens of more sightings were reported.

But the most famous incident involved the collapse of Rte. 35's Silver Bridge during the height of after work traffic. A total of 46 people died as their cars plummeted into the Ohio River. Several people reported seeing the Mothman prior to the collapse, and all felt he was trying to warn them of impending danger. Similar sightings have occurred as far away as Moscow. And it's believed that he appeared to warn people just prior to the bombing of an apartment building in 1999.

And yet, for all this, there's just one statue of him. In Point Pleasant. Erected in 2002 However you feel about commemorating the Confederacy, honoring perhaps the greatest paranormal occurrence in West Virginia history - something that could possibly rewrite everything we know about cryptids and own reality, seems like a no-brainer. The Mothman could unite us instead of further dividing us.

Or, if you'd prefer, they could put up more statues of Don Knotts like this one in downtown Morgantown. 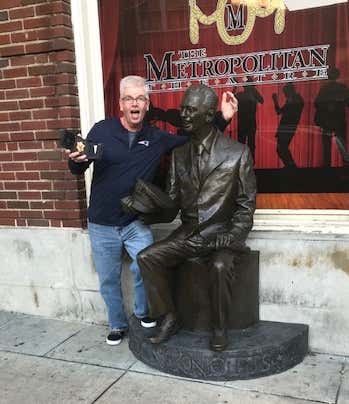 Mothman or Barney Fife. I'm good with either.