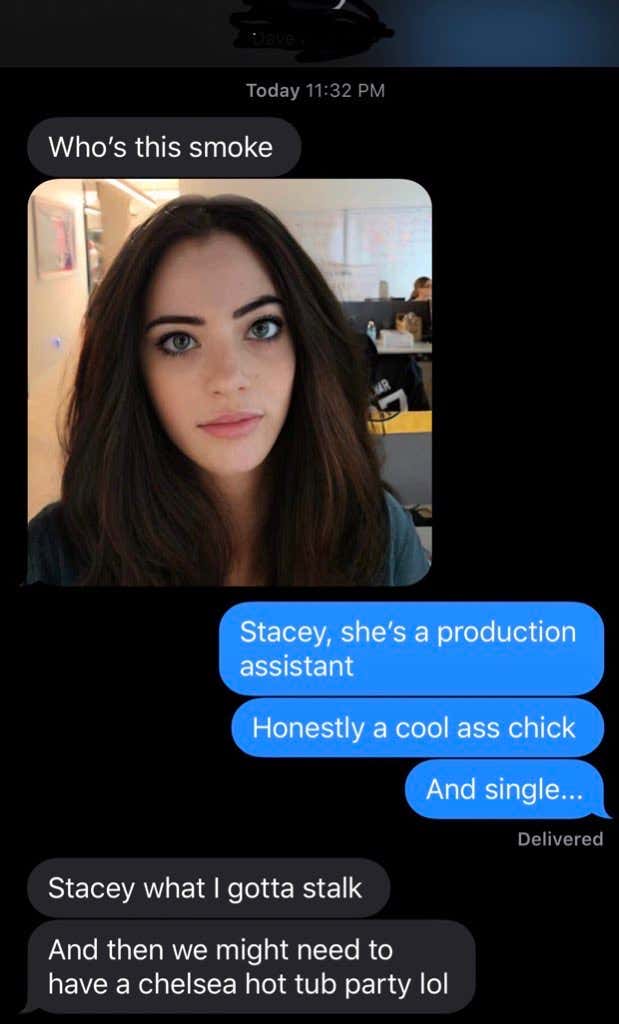 You might assume that this is just my friend joking around. But this guy has absolutely zero idea who the real Spider is as he doesn't pay that close attention to Barstool. I'm assuming another one of his friends sent him the photo just to mess with him and was like "Damn Barstool has some pretty hot chicks working there!" Then he reached out to me to learn a little more about this ABSOLUTE SPECIMEN. Anyways he still has no idea and it looks like Spider and I have a date with his roof top hot tub in Chelsea sometime in July. 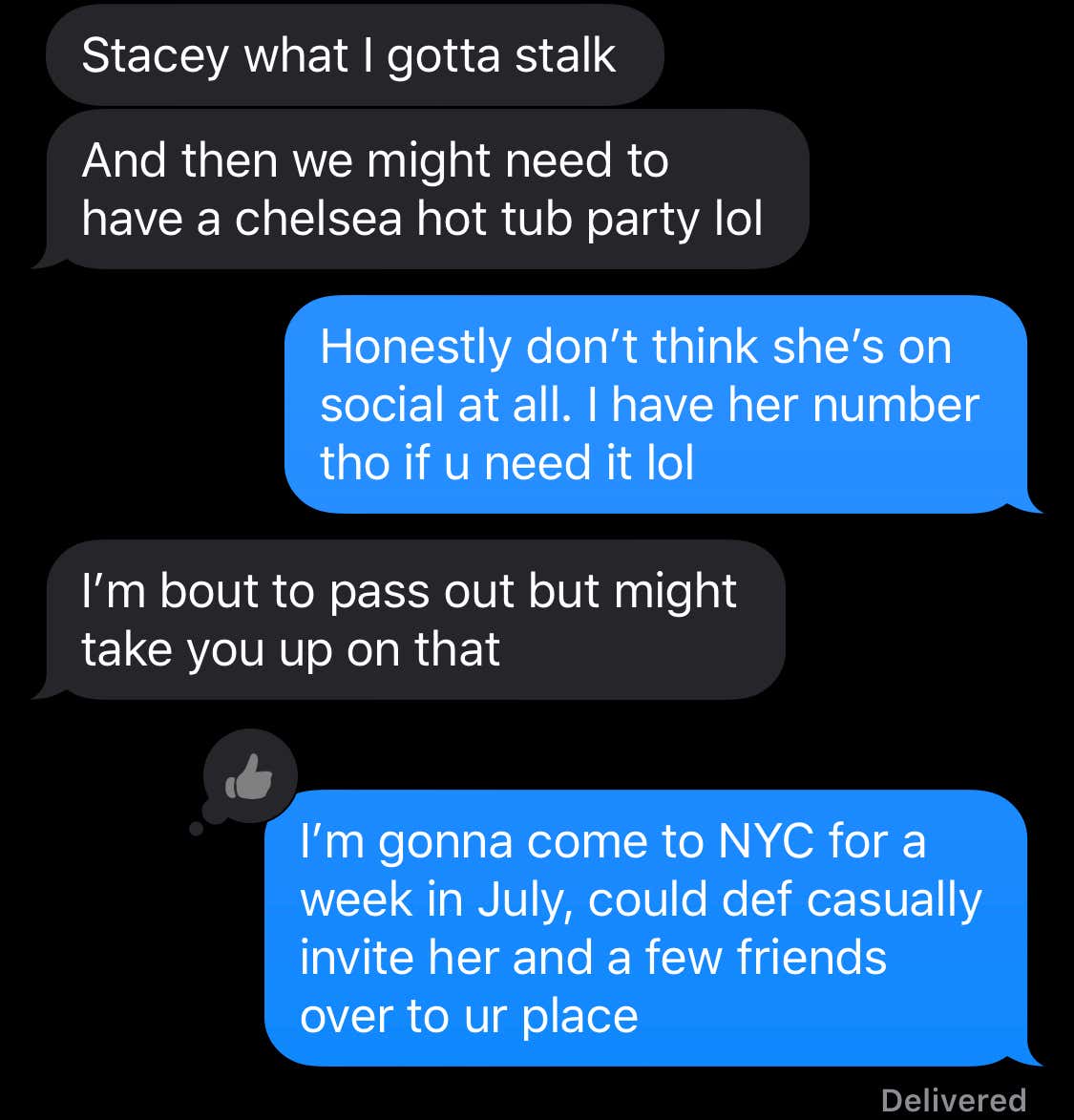 Some people have called me mean for leading him on but I'm assuming this blog will eventually get back to him and he'll find out the truth. What would ACTUALLY be mean is if I kept this charade going for the next month and then showed up to his apartment with Spider wearing a wig. I don't have the heart for that but if he doesn't see this blog and inquires about "Stacy" again that will be my only choice I guess.