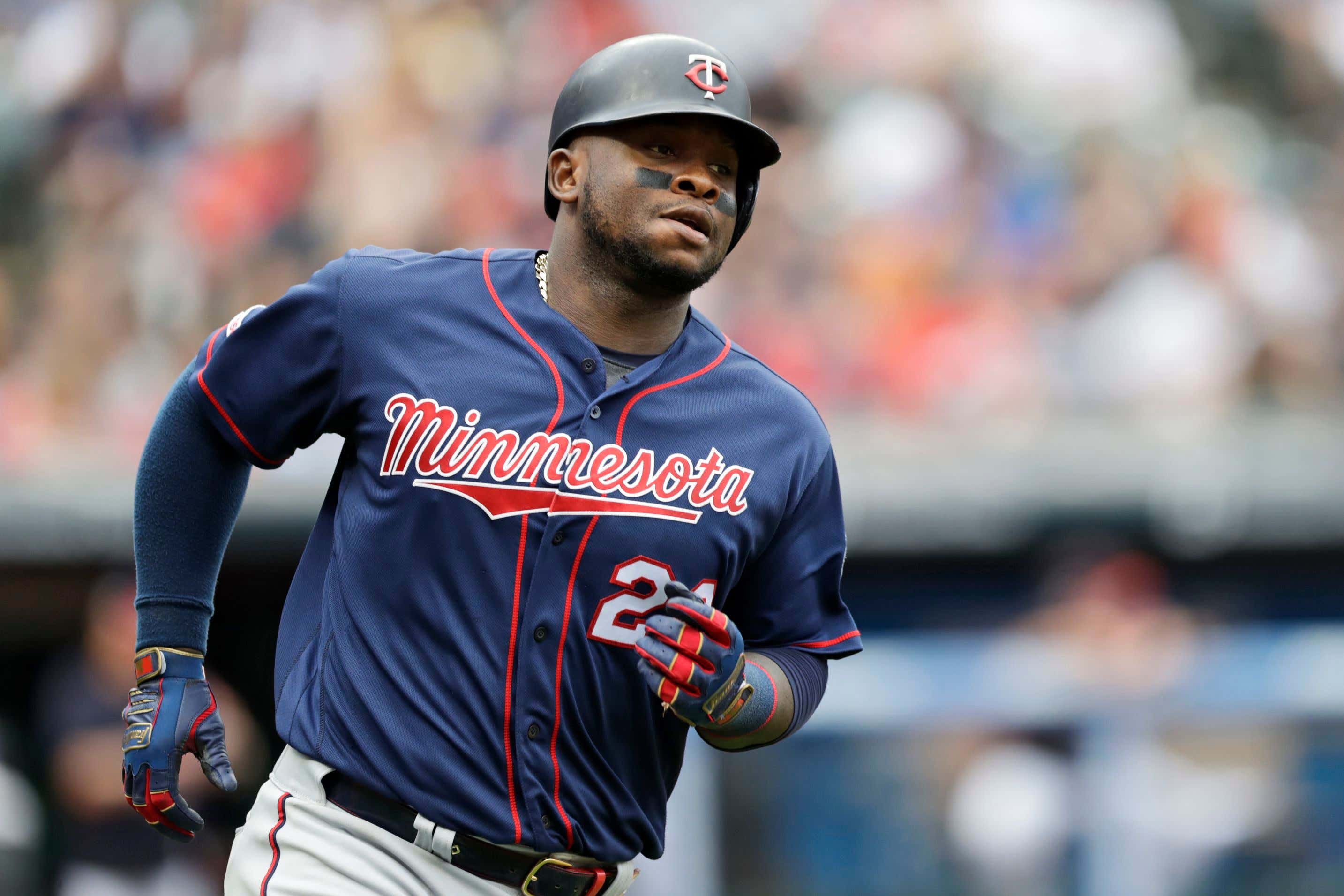 Minnesota Twins superstar Miguel Sanó told a Dominican Republic newspaper that he’s being blackmailed and being accused of kidnapping and assault.

The newspaper reported that Odalis Ramos, a lawyer, has accused Sanó and three of his friends of kidnapping, beating, and threatening to hang his client, Raudy Omar Sanchez de la Cruz, last month in Sanó’s hometown of San Pedro de Macoris.

Sanó denied all of the accusations to the newspaper, and he said that Sanchez de la Cruz was involved in a sexual assault incident that included someone related to Sanó. So far, no charges have been filed, but the local prosecutor’s office has a hearing scheduled for June 25, according to the newspaper.

What. The. Fuck? We've got an absolutely crazy, horrifying story coming out of the D.R. over the last few days. Minnesota Twins third baseman Miguel Sano is being accused of kidnapping and assaulting a man in his hometown after the alleged rape of Sano's younger brother. Sano has since denied everything and accused the other side of extorting him for money.

The back story here is that Sano appears to be accusing this Raudy Sanchez guy of raping his 8 year old brother. In a statement Sano initially provided, he claims the police and his three friends searched for Raudy, but he was not part of that. Keep in mind this is translated from Google, so it may not be exact.

“The police and the three friends (Billy, Chino and Tintin) did search for Raudy and my stepbrother (the name is omitted as a minor), but I stayed in my vehicle. The lawyer Odalis Ramos and Raudy's family are looking for money. They asked me for 10 million pesos, but I told him that I was not going to give him anything because I have done nothing, "Sanó explains. "I am affected, they are two abusers who raped my little brother," he said. -source

Raudy is seeking the equivalent to $170,000 from Sano to drop the kidnapping/assault claim. Sano countered that with his own $500,000 lawsuit for damaging his image. Sano's lawyer also released this statement yesterday.

Migue Sanó has nothing to do with this. He was not and has not been involved with the case, what happens is that the lawyer Odalís Ramos wanted to accuse him because he has money, he does not talk about us because we do not have, as Miguel Sanó has then, he involves him,

It's unfortunately common in Latin America for athletes to get extorted like this as crazy as it sounds. Sano just signed a 3 year $30 million deal with Minnesota after having a resurgent year. It's entirely possible he's being targeted fresh off that deal with everyone in town knowing he's got real money now. It's also entirely possibly he was in on this to get back at the dude who sexually assaulted his younger brother.

It's worth noting not too long ago Sano was accused of sexually assaulting a photographer. MLB investigated and chose not to suspend him, but constantly finding your name in bad news like this isn't great for the benefit of the doubt. The accusers also could be using that story from 2017 as leverage to back up their false claim and make it seem credible.

Who the hell knows what to believe here. This is a bad story all around that really has no good ending. Extortion is so popular in this kind of situation that I want to believe Sano here. Latin America can be so dangerous for an athlete coming back for the offseason, especially after coming into new money like he is. There's a giant target immediately placed on your back. It's a goddamn free for all down there with corruption all over the place. I know it's where these guys grew up, and home is home, but if you have the money just move your whole family to the U.S. It's not worth it with stories like this one constantly happening and people trying to take advantage of you left and right. I imagine we'll get plenty more details coming out about this in the coming days.