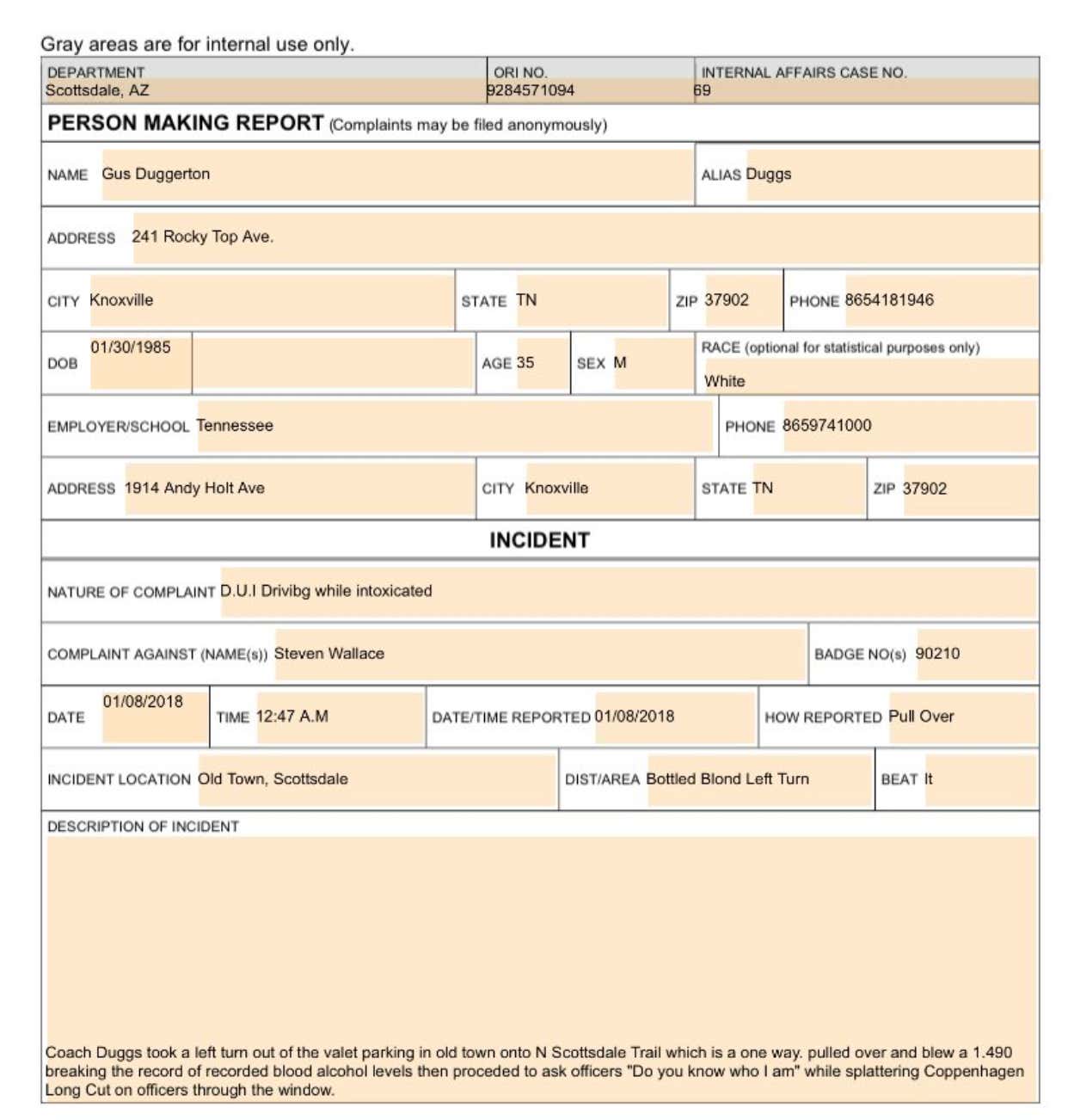 Disturbing news tonight, as University of Tennessee head coach Gus Duggerton, or "Duggs", was arrested for driving under the influence after taking Scottsdale PD through an 8 block chase which resulted in Duggs finally being subdued by 3 police officers.

It is being reported that police had to use 3 tasers to subdue the disgraced coach due to his girth and obesity. After being struck with the first taser, Duggs' reportedly laughed at the officers' faces while screaming, "DO YOU KNOW WHO I AM?" Shortly thereafter, a citizen driving a golf cart taxi helped cuff Duggs and place him in the back of the squad car.

Duggs' bail is set at $5,000. He used his phone call to call star RB Rico Burgerton where he was recorded asking his player, "I need to borrow $5,000 out of that $500,000 I gave you to sign with us. Long story, tell you later. Get here ASAP, President Boyd is gonna be up my asshole about this".

If I've said it once I've said it a million times: drunk words are sober thoughts.  So when I hear Gus Duggerton tries to get out of a DUI by using his fame? I'm sickened, but that doesn't mean I'm shocked. It's just who the guy is. All about himself. Ultimate me guy, not team guy. Me me me me me me me. The man has a mountainous ego and one that makes Dente blush.

And lol at him being recorded admitting to committing recruiting violations too. How fast will Mark Emmert sweep that one under the rug? The entire situation is a goddamn shame. I just hate to be the one that told ya so. Nevertheless it's time to #CancelDuggs