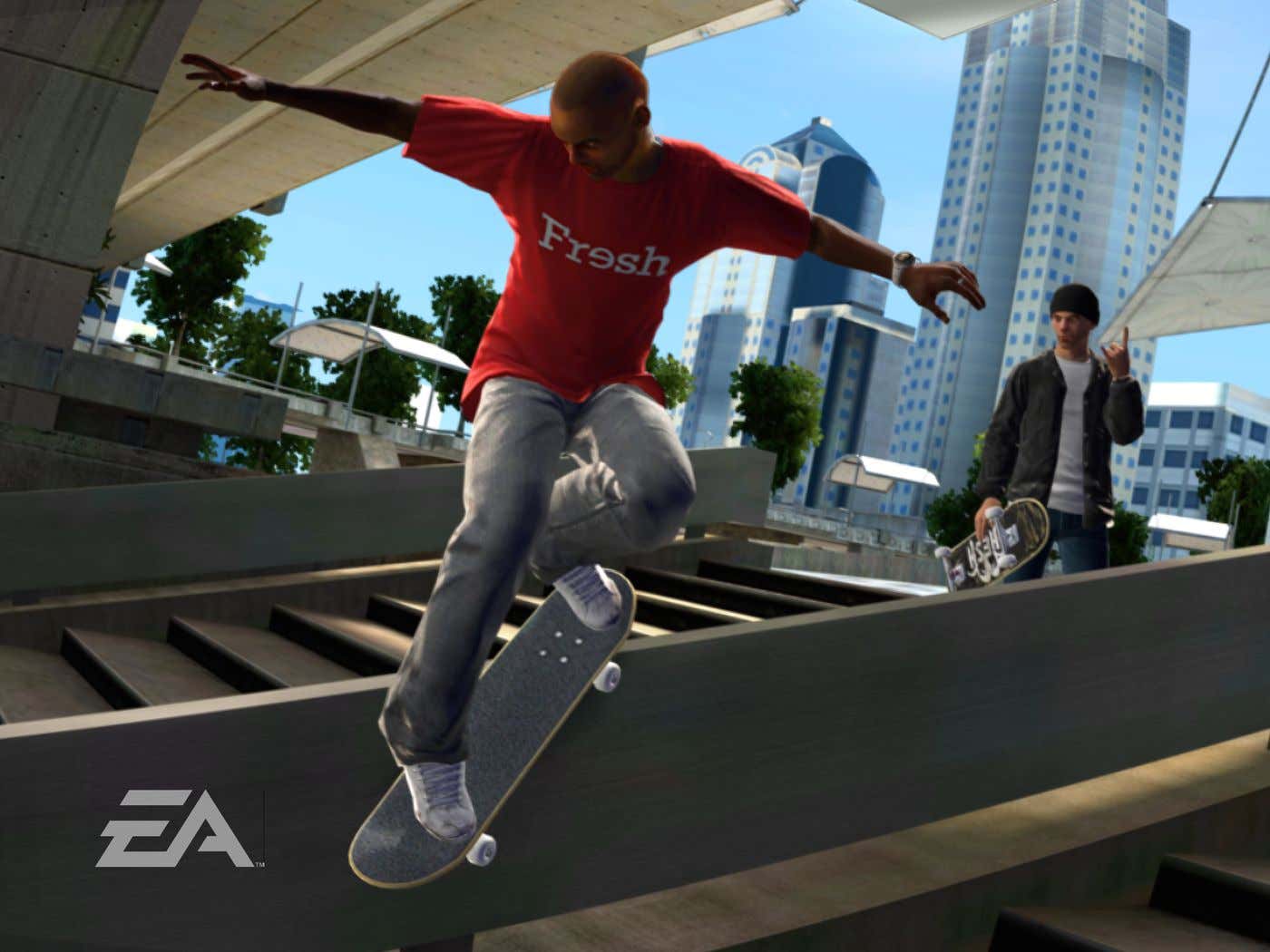 EA announced last night that a new Skate game is in development. Which is both great news but also a super ballsy play considering it was already announced that a remastered version of Tony Hawk's Pro Skater is coming out later this year. No offense to Skate or anything like that but the THPS series will forever be the GOAT of skateboard video games and there ain't dick that anybody can do about it. But still, this is great news and I will happily waste a few hours of my day toying around on the new Skate.

With that being said, there's something I need skateboard video game developers to understand--so I hope you're all listening here. The reason I want to play a skateboard video game is because I'm absolute trash at actually skateboarding, ya know? Like never made it past the ollie stage of my skate career. Do you have any idea how humiliating it was as a young lad to constantly be waxing up my trucks but never actually being able to grind? You wonder why so many people in the world have self-esteem issues these days and its because we all wanted to grow up to be the next Tony Hawk but the only trick we could ever pull off was smashing yourself in the dick when you stomped on your board in frustration.

So I don't want my skateboarding video games to be too realistic because if that is the case, I'll not only suck at the real thing but I'll also suck in the video game version of it as well. That's what we in the biz call a double whammy. Don't get me wrong, I want the game to look and to feel realistic. But one of the best things about the THPS series is that all you really had to do was hit 3 buttons and you were pulling off 900s with ease. That's the alternate reality that I want to live in. I don't want to barely be able to ollie in this video game without spraining my ankle like it's the real thing. But what I fear with Skate is that's what they try to do. And I get it, but that doesn't mean I like it.

All I'm asking is that if the developers go out of their way to try to make this the most realistic skating game ever, just let all of us fucking losers out there mess around with some cheat codes to make it easier for us. Perfect balance, maybe some moon gravity, Up-Up-Down-Down-Left-Right-Left-Right-B-A, all the basics. We need cheat codes back in our lives.