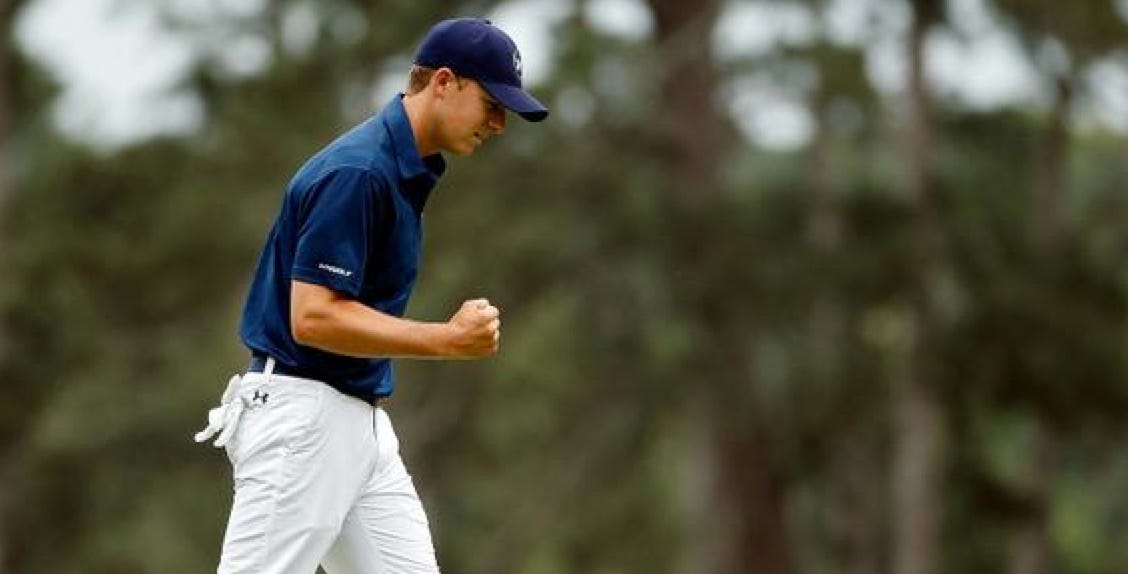 Well there ya go.  Unreal.  If you watched the Masters at all this weekend then you were a witness to the emergence of golf’s latest super star.  21-year-old Jordan Spieth.  Sure, he’s won on Tour a couple times and he finished 2nd at last year’s Masters.  People obviously knew who he was heading into Augusta thanks to his recent victories and just how young he is.  But now he’s a full blown star.  Once you win a green jacket that’s what happens.  Especially at such a young age and the way he did it.  The way he did it being completely dominating the competition and the course at Augusta.  He broke all the records.  He broke the best 36 hole record at the Masters.  He broke the best 54-hole record at the Masters.  He broke the record for the most birdies at a Masters which is flat out unbelievable.  He’s the first ever to reach -19 at the Masters (that last bogey on 18 let the record slip away. Tied with Tiger now).  He’s the first wire-to-wire champion since Raymond Floyd did it in 1976.  Long story short, the kid was masterful.  He’s got a green jacket now and nobody can ever take that away from him.  The future couldn’t be any brighter for Jordan Spieth.  Spieth vs Rory for the next 20 years?  We can only hope.  Congrats to the kid.

I’m gonna do a Monday morning recap tomorrow for all the Masters shit. 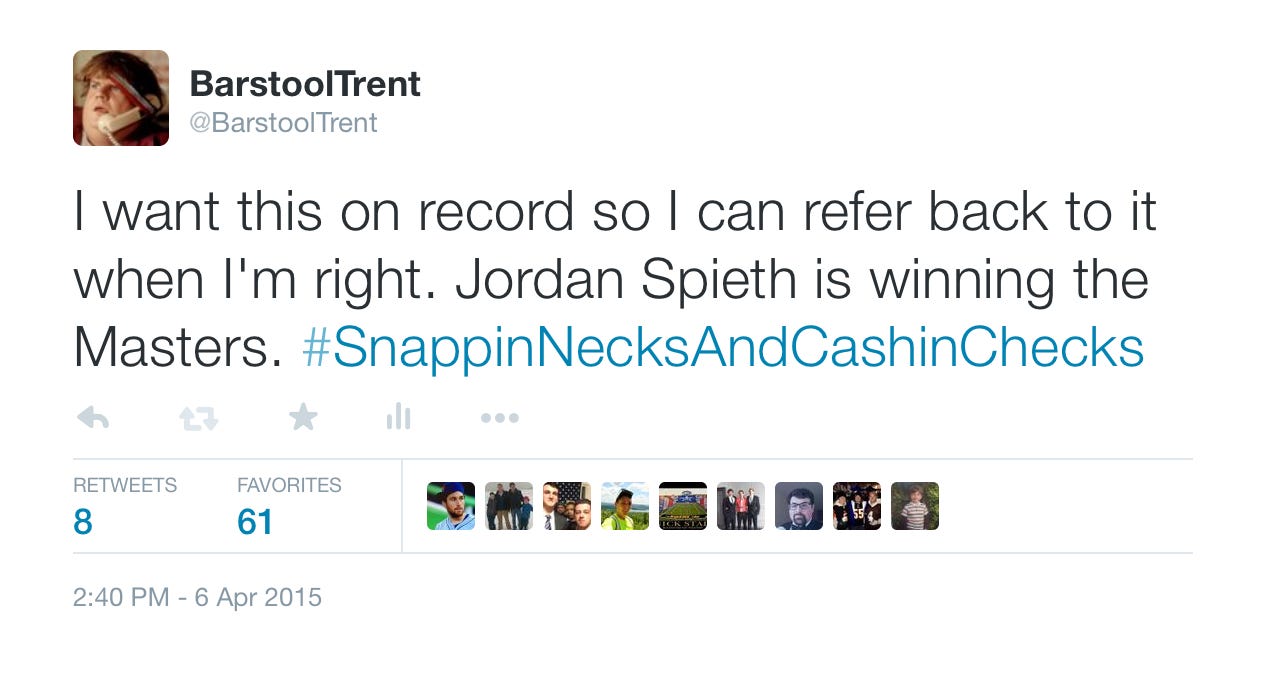 If you bet on Spieth thanks to my advice, buy me a beer and a shot some time.