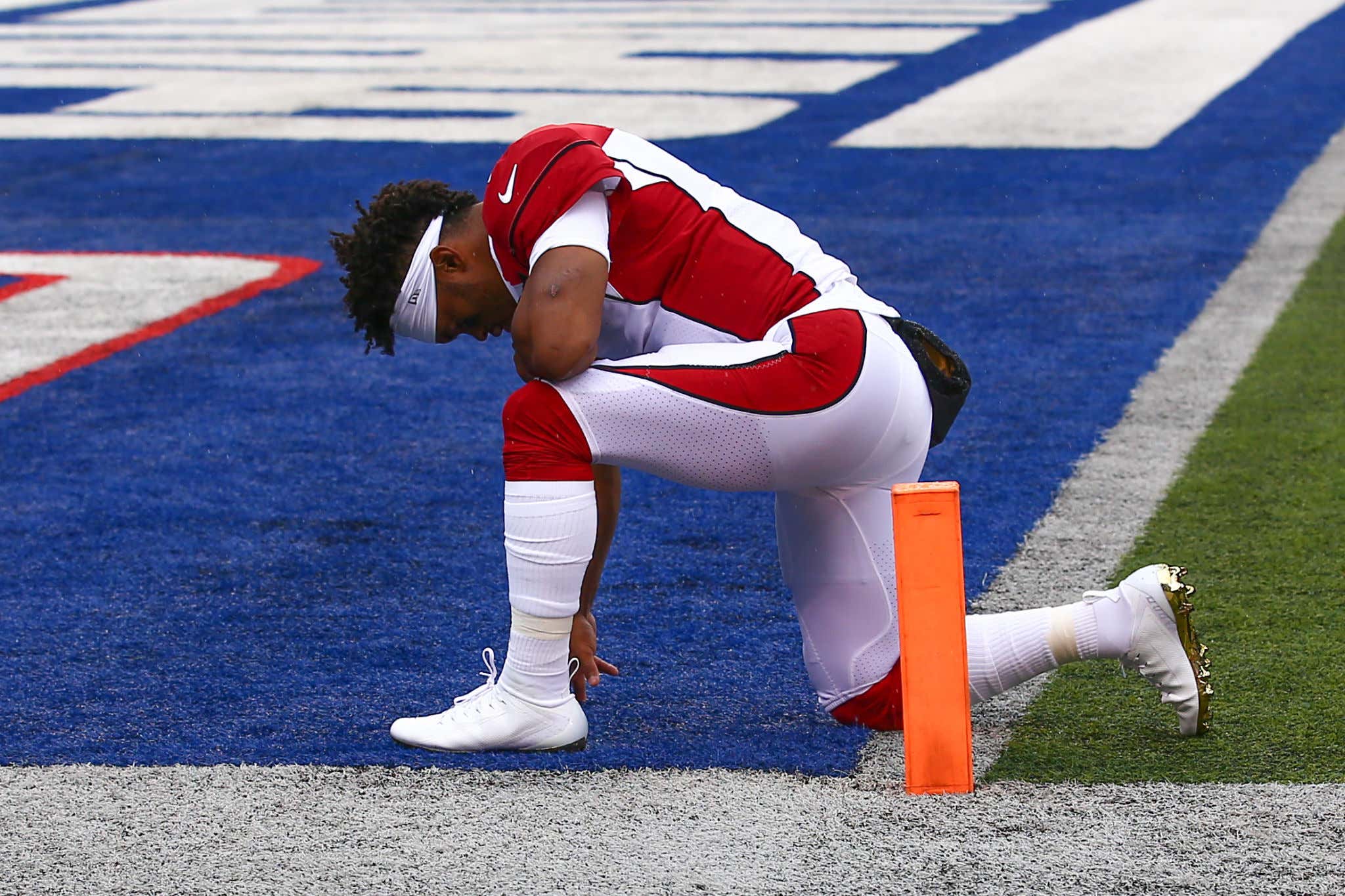 On Wednesday, in a video conference with reporters, Kyler Murray was asked if he would be kneeling during the National Anthem and responded (via ESPN) with a confident and direct:

"Yeah, I'll be kneeling. I stand for what's right and that's the bottom line. I call it like I see it, and what's been going on is completely wrong, so I'll definitely be taking a knee."

And that was only the beginning.

"I feel like now, more than ever, people can just say what they want to say. Before what we saw with his [George Floyd's] death, I feel like we had to beat around the bush and kind of just straddle the line and say the politically correct thing… It's been going on for hundreds of years and everybody knows it but it's always been just kind of a deal we just look past… there's always been this elephant in the room.

But at the end of the day now I feel like there is change coming and I feel like, me especially, I stand for what's right, I always have. Regardless of my skin color, if it's right it's right. If it's wrong, it's wrong. It's not hard to see. And what's been happening is definitely wrong."

For someone who is typically pretty quiet, Murray said it ALL. Bravo.

Of course, not everyone shared my enthusiastic response. Some disagreed with him, but a few really special individuals decided to head to his Instagram account and drop a little hate on his loving, completely unrelated, Mother's Day post.

Now, I could point out to you people the many things wrong with this loser and his comments, but I won't because Kyler Murray's response said it all:

I'll be honest, as a Longhorn, I've never been a fan of Kyler Murray. In fact, I would be lying if I said the day he cried at the podium after losing to Texas doesn't still bring me a great deal of joy. (Of course it does - it was spectacular!) But that was then and this is now.

Murray's ability to speak his mind on such an important subject that a lot of people were, and still are, afraid to speak out about is incredibly impressive. That strength of conviction is typically polarizing and doesn't come with popularity, but instead brings about loud, idiotic voices that can be silencing if you're not ready.

"I don't really care what anybody thinks about me, never have, but I know a lot of people that do. And for me being a black man in America, if it's wrong I'm gonna say it's wrong. I feel like personally, it's on everybody to hold each other accountable…

If you have any racist friends, it's on you to stop that immediately and let them know why that's not right, or what's wrong with the way they think or just opening their eyes and allowing them to understand what's wrong with their thought process because, to be honest, I mean, we're all human. And I feel like we should all be treated equally. I don't get the debate on why everyone should be treated equally because of their skin color. It doesn't make sense to me, but it is what it is right now. We're trying to fix that."

Kyler Murray may not respect Sam Ehlinger, but now, I respect the hell out of Murray.