Chrissy Teigen has been pretty vocal about wanting to take out her breast implants for a few months now, and I must say, her reasoning has been fairly logical: she doesn't want to die in boob surgery, wants to zip up a dress, and wants to be able to lay on her tummy. All excellent points and all things she's on the road to accomplishing after not dying in removal surgery a few days ago. 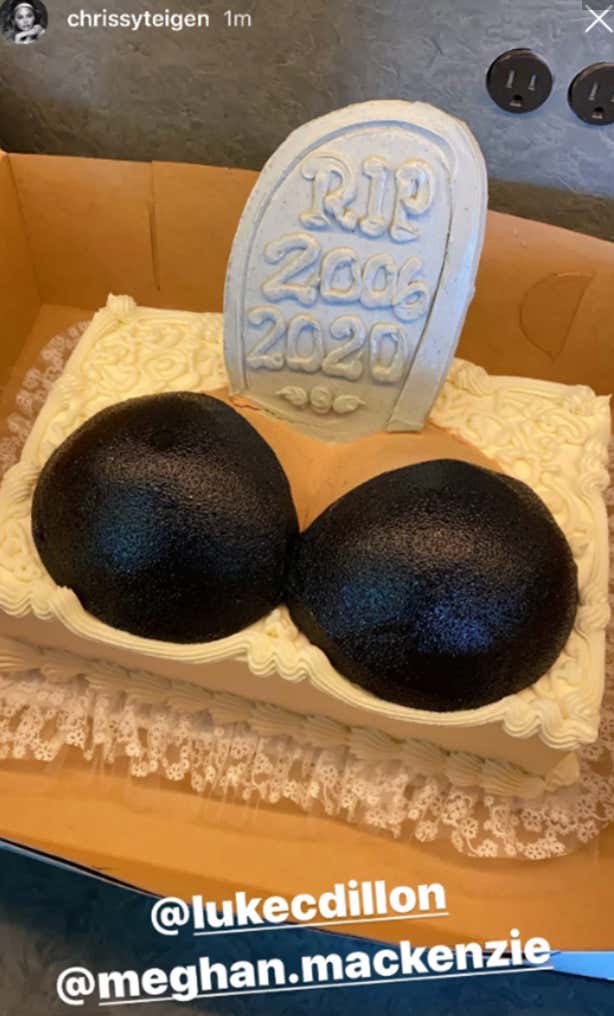 Obviously, her successful operation calls for an immediate titty cake celebration, but I do wonder... when the initial thrill deflates, will she miss them? They say you don't know what you have until it's gone - does that apply to fake breasts? It's rare you hear of people choosing to remove their love bags for non-medical reasons. In fact, typically, the exact opposite happens. 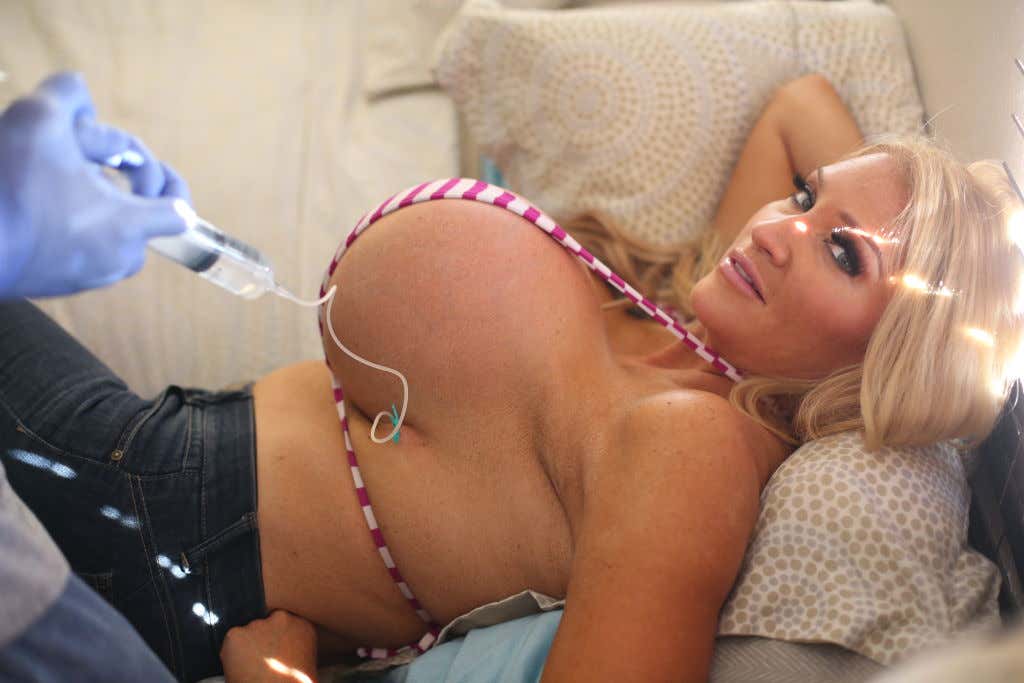 The Allegra Cole that had saline solution injected into tissue expanders that were installed in her ginormous 34MM breasts for the sole purpose of making them even bigger. It's too bad she didn't know then that self-inflating her breasts to a grand total of 20 pounds would leave them completely lopsided.

Then again, I guess it wouldn't have mattered considering she still went bigger after her medical disaster.

Cole is the definition of a plastic surgery addict (amongst other things). Sure, she may be an extreme case, but that shit is very much real, and partly responsible for the increased number of procedures we've seen over the last several years.

According to a report by the American Academy of Facial Plastic and Reconstructive Surgery, cosmetic procedures have increased by 47 percent since 2013. Of the facial plastic surgeons surveyed, 72 percent have said that they've noticed an increase in patients under 30 years old.

So if surgery can have that much power over some people, is it possible to have withdrawals from its product? Probably. Guys always say they miss beards when they shave them off, and that's just a little temporary facial hair. Chrissy Teigen's companions were with her for an entire decade! From the very beginning of her career… 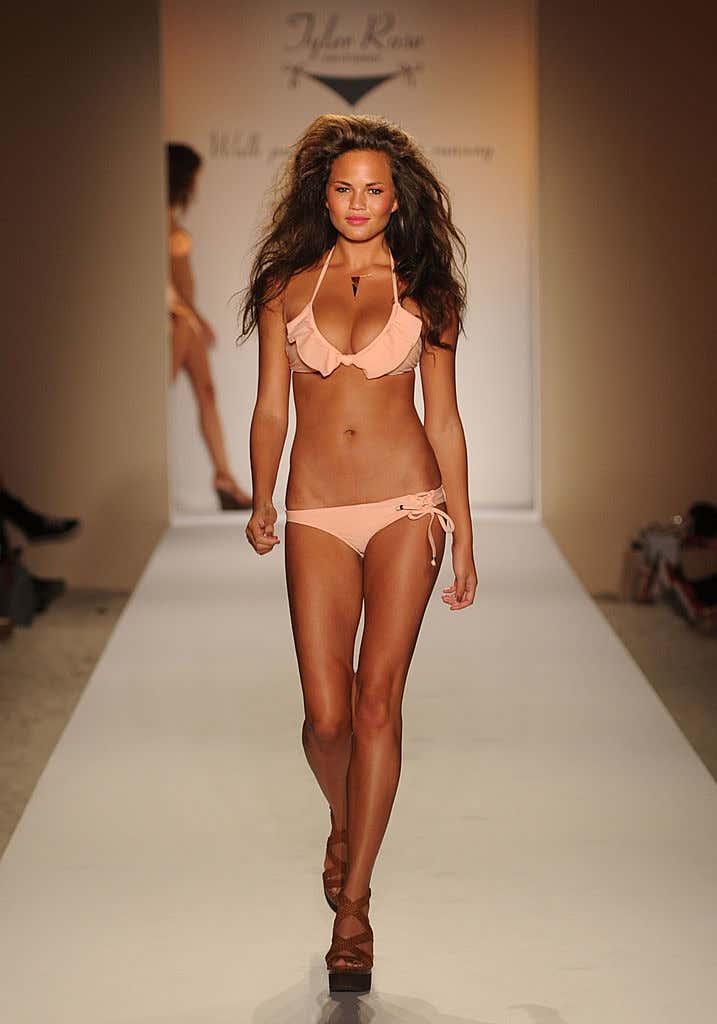 Frazer Harrison. Getty Images.
all the way to motherhood…

And now they're gone.

Against all the addiction odds, her willpower enabled her to make the choice that was best for her and her family, and for that, we should celebrate her and bid farewell to her once-enhanced breasts. RIP.