I've been on a bit of a Mickey Mantle binge of late as I sit in my room and scour YouTube past the 2am hour. It all started with a re-watch of one of the best baseball movies ever made, 61. Still hard to believe Big T left that all off his all time baseball movie list, but at the same time I'm not shocked coming from him.

Anyways, I stumbled upon this footage from 1959. Major League Baseball created a TV show called 'Home Run Derby' where each week two stars would face off against each other in a nine inning battle. You get three outs per inning, which is obviously any swing that doesn't result in a home run. Most runs scored at the end of the game wins. They filmed it all in 3 weeks during the offseason in California and then aired a matchup every week starting in January and ending in July. If they did this now and aired it live in the offseason it'd be awesome.

So here's Mickey Mantle and Willie Mays facing off against each other in a 9 inning home run derby. It was one of those things that was impossible to stop watching once I hit play.

First of all just crazy that the winner took home a whopping $2,000 while the loser bagged $1,000. Every time someone homered on 3 straight swings they got an additional $500. Obviously the value of the dollar was drastically different back then, but the thought of getting stars to play for that low of an amount is insane. My small brain will never be able to fathom how much the value of the dollar has changed. Whoever won this felt like they probably won the lottery, meanwhile we've got players and owners currently fighting over hundreds of millions of dollars to get the season started.

Having an umpire behind the plate to call balls and strikes during a home run derby is a hilarious twist. Try telling these guys they get an out taken away from them because they didn't get their pitch. Mays got punched out to end his 2nd inning in preposterous fashion. Mantle gets one later on a ball that I think hit the plate which denied him of a swing for the additional $500. Just a good old fashioned ump show.  Imagine Angel Hernandez behind the dish with that power? Mantle would have had him killed by the 3rd.

Anyone who had a house over that wall must have been FURIOUS. Every window broken into pieces by the 9th inning. These guys were BLASTING balls over that left field wall. I would think a rifle was going off anytime they made good contact. You forget to put the car in the garage while Mantle is up and you're going to need a new form of transportation.

Also they couldn't have picked a different time to do this? Look at the shadows! I mean we're talking a hitter's nightmare here. Whoever scheduled this should have been canned on the spot. 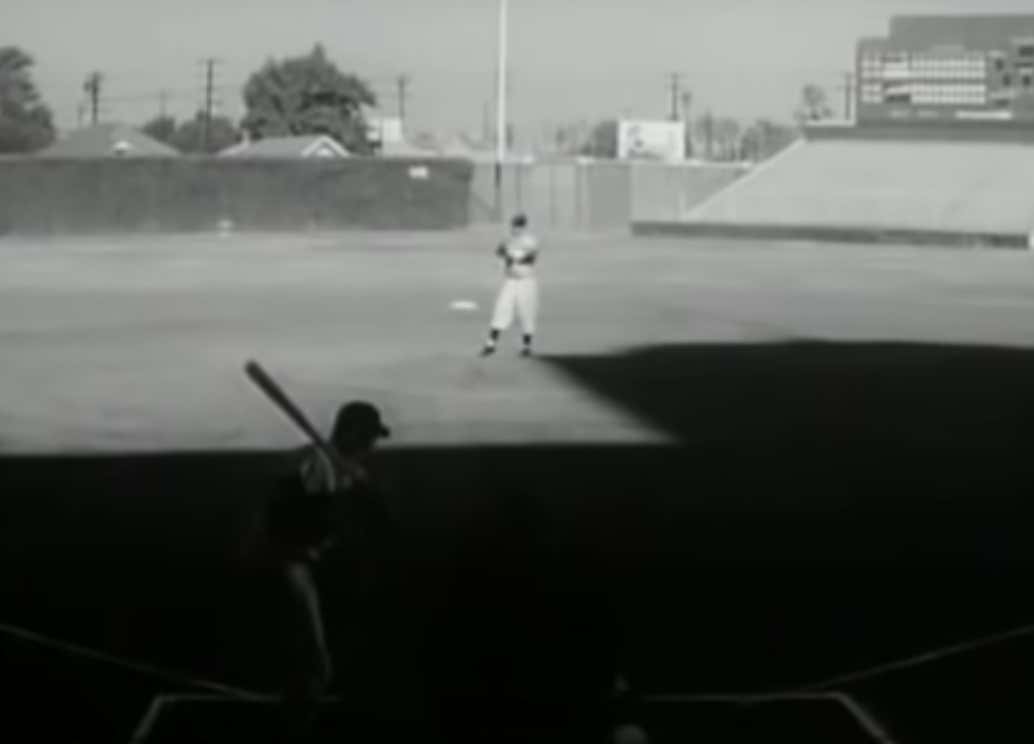 I wonder how loaded Mickey got for this. Out in California during his offseason, probably had a crazy night before and continued it into the next day. There's a part around the 5:30 mark where he sits down and is asked about his first inning performance and he's slurring every single word. He then goes 12 straights out without coming close to a homer. Eventually he gathers himself and goes on a late surge to best Mays and take home the $2k prize.

This version of the home run derby is pretty cool, but it does deny a hitter from staying in a rhythm which takes the fun out of it a bit. I don't think anything will beat the format we have now. Last year's derby was the best. Keep that shit forever.