Just on the off chance you're not aware, Johnny Depp's divorce from Amber Heard has been one of the nastiest, most vitriolic proceedings in the history of bad marriages. There has been a constant barrage of accusations lobbed across the battlefield. Allegations of physical abuse from both of them against the other. Restraining orders granted. Restraining orders vacated. Private conversations secretly recorded. Defamation suits settled for millions. It's been the kind of situations that makes Family & Probate attorneys call their real estate agent and tell them to start looking at vacation home listings.

And now it's just gotten more acrimonious. In fact, it might have just broken the all time record.

Source - Supermodel Cara Delevingne is the latest celebrity name to be dragged into Johnny Depp's $50 million defamation suit over claims she had a 'three-way affair' with Amber Heard and Elon Musk, DailyMail.com can exclusively reveal.

The A-list trio hooked up at Depp's downtown LA penthouse in late 2016 after Heard split from the Pirates of the Caribbean star, according to a new deposition from a friend and former neighbor.

Sources close to Depp say he 'hasn't ruled out' serving Delevingne, 27, with a subpoena to find out if she has any information that could prove useful to his case against ex-wife Heard, 34. …

[H]is lawyers have taken depositions from dozens of former friends and associates, including Josh Drew, who was previously married to Heard's best friend, Raquel 'Rocky' Pennington.

In excerpts seen by DailyMail.com, Depp's legal team asked Drew, who lived rent free in one of the multiple neighboring apartments that Depp owned, what he knew of Heard's alleged ménage a trois.

'Did Rocky tell you Amber Heard was having an affair with Carla Delevingne while she was still married to Johnny Depp?' attorney Benjamin Chew asks.

'Yes,' says Drew, who has since split from Pennington but says elsewhere in the deposition that he socialized with Heard as recently as last year and that she is paying for his attorney.

'Did she ever tell you in words or substance while Amber was still married to Johnny Depp that the three of them, Amber Heard, Elon Musk and Carla Delevingne spent the night together?' Chew goes on.

Chew further asks: 'So they were having a three-way affair, correct?'

Heard dated Musk, 48, on and off for several years but the Tesla mogul insists they only became romantically involved after her marriage crumbled in May 2016.

In the words of F. Scott Fitzgerald, the very rich are different from you and me.

Elon Musk has not only built the world's most valuable car manufacturer, launched a car into space, put men on the ISS and is a year away from building the world's first bionic man, he may or may not have reportedly had an alleged 3-way with these two. 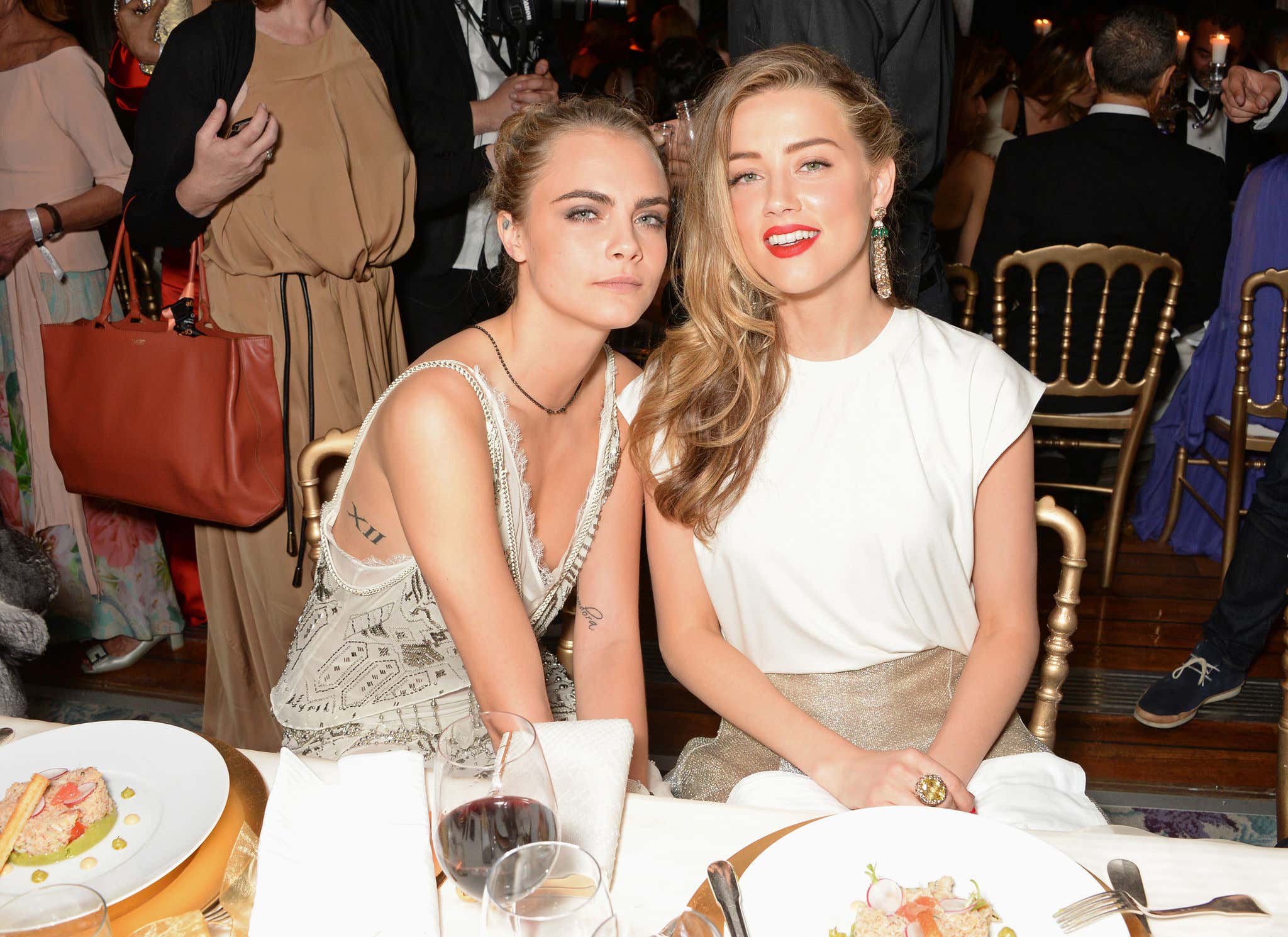 Speaking for me personally, just the DC Cinematic Universe role playing alone would be more gratifying than launching human beings safely into space:

Not matter how objectively terrible "Suicide Squad" was and how weird Cara's belly-dancing supervillain was, that's still a nice two-fer for any billionaire.

Again, these are all just allegations. Testimony from a guy only tangentially involved in one of the most complex and animosity-filled relationships any couple has ever had. But just to illustrate how bad the Depp-Heard relationship was and how they should never have been in the city, never mind the same relationship, their divorce was finalized 3 1/2 years ago. And we're just getting to the FFM threesomes with an eccentric world famous billionaire now. Stay tuned because I don't think we've heard the last of these four crazy, star-crossed kids.