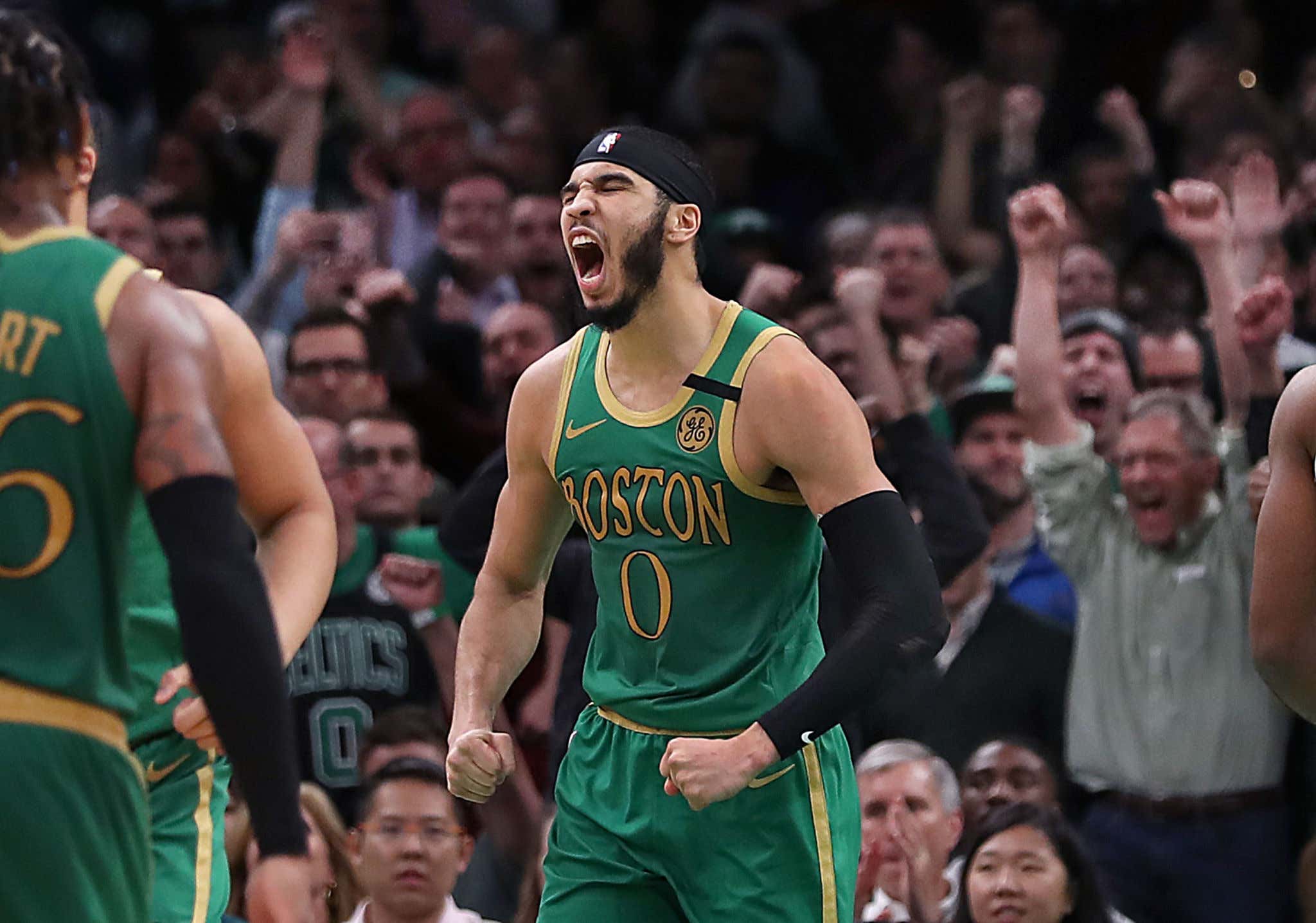 Yesterday there was the big "story" in the NY Daily News that talked about Kyrie wanting players to form their own league as well as some other issues players are having about a return in Orlando. Once more and more Nets players starting to call that bullshit, it made you wonder about who exactly this "source" is and how credible they are. On some level though you can't completely rule it out because that's just who Kyrie is.

But there was another part of that story that legit made me laugh out loud.

Everybody assumes that risk in the NBA bubble — the players, the coaches, the referees, the operational staff. Then there’s the threat of injury, which is especially significant to players on the verge of big contracts. According to a source, Boston Celtics’ forward Jayson Tatum, who is eligible for a max extension in the offseason, has expressed reluctance to play for that reason.

Don't get it twisted. Tatum, much like other young players who are in line for a max extension want some sort of insurance. I can understand that. There is even talk about teams being able to offer that max before Orlando even starts up. As someone who has witnessed the whole Isaiah saga, I don't fault Tatum for thinking about his future. Danny Ainge can be one cold motherfucker when it comes to contracts. But "reluctance to play"? That's funny to me because how would you explain this?

Weird. That doesn't exactly sound like a player who is on the fence about playing. There's a difference in being interested in some sort of protection for future earnings and being reluctant to play. So if the league decides they aren't going to do anything about contracts, Tatum is going to sit out? Doubtful. Especially with how wide open things are going to be, the type of season Tatum was having, and how good the Celts chances are to make a run. Makes you wonder who that source is. My guess is Kyrie himself. He's best friends with Tatum and is probably floating it out there so that other big names can be attached to the idea that players shouldn't play. That's way more believable than Tatum preferring to sit out.

I can understand the injury concerns, but it's not like they are playing any time soon. They are going to have a month to get ready before everything even opens. Players have had basically an offseason to get healthy. Seeing as how Tatum didn't really get hurt all year I can't imagine it's that big of a concern for him to the point where he would leave his team hanging. Giving the players some sort of contract protection due to this unique situation is fine by me. But if you're trying to tell me that a "source" is saying Tatum doesn't want to play because of injury, well then why the hell is he working out with Jay Larranaga as he prepares for Orlando? Doesn't exactly add up now does it.

All I ask is that we keep the Kyrie drama away from this team. I don't want to hear anyone mentioned in the same breath as a Kyrie story. We lived through that hell already and personally I did not care for it. Instead, this year we were treated to Tatum's ascention towards becoming a true superstar in this league, so I don't exactly appreciate this narrative that now he's on the fence about playing.

Plus, Deuce will be able to be in Orlando after the first round or some shit so it's not like he'll have to be away from his family. The haters and losers of which there are many are praying Tatum doesn't play. They know what he can do, and if you need a reminder it looks like this