June 17th, 2008 my life and the life of many Celtics fans around the world changed forever. It's why even 12 years later it's my favorite day of the year and I don't see that changing for as long as I'm alive. I get that it can sometimes he hard for non Celtics fans to understand why this date was so important, and honestly the same is true for some older Celtics fans who got to see Hondo/Bird/etc.

For my generation, we were molded by Celtics ineptitude. I'm 33 years old, I spent the first 21 years of my life pretty convinced that I would never see the most important thing in my life ever reach the top of the mountain. This is what molded my fandom 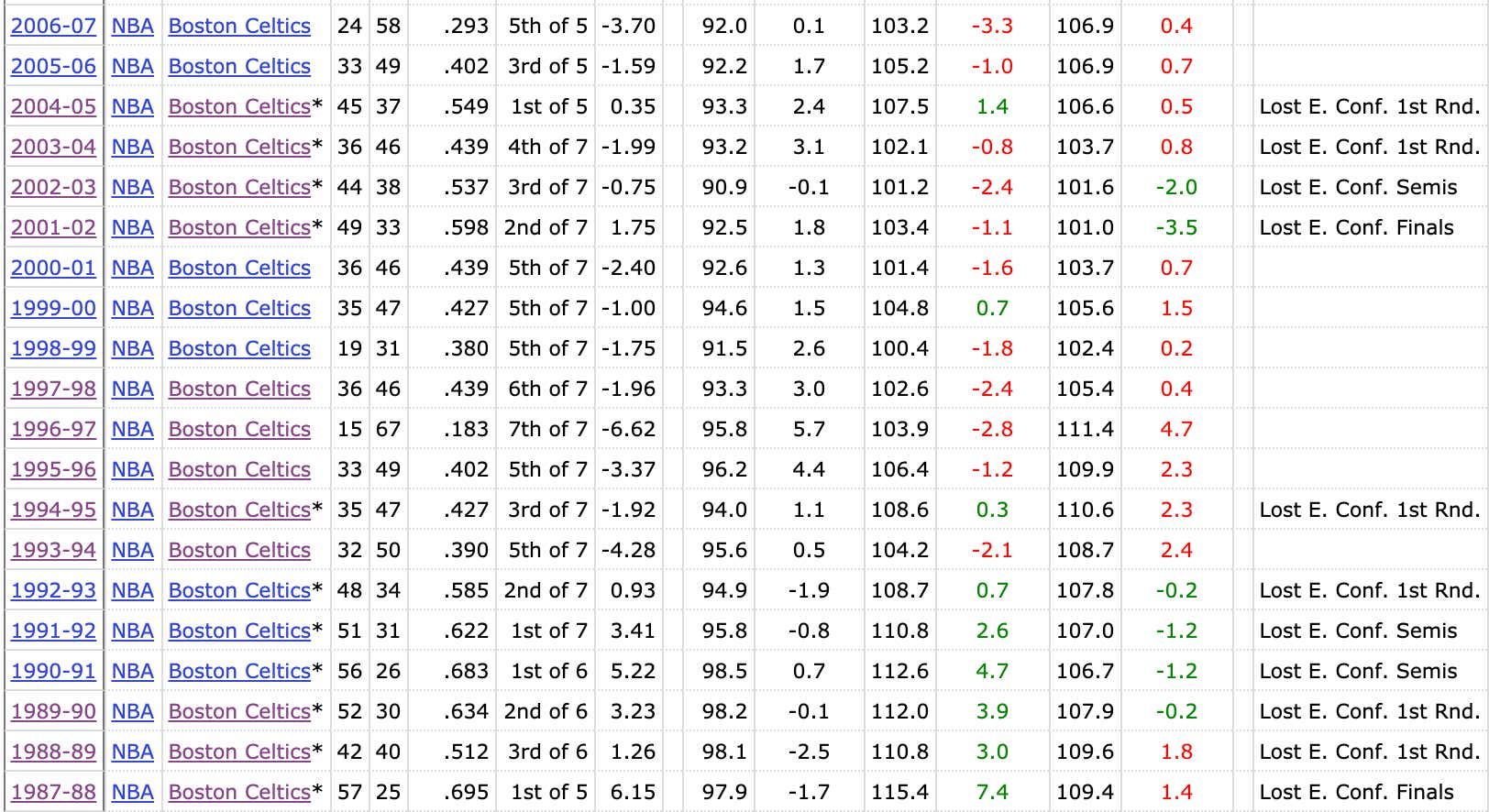 Outside of when I was a baby, shit was pretty goddamn rough. You see that huge blank run in the 90s. You live through that bullshit and you'll understand why 2008 means so much. Every generation of Celts fans had incredible success. I would have to listen to my Dad talk over and over about the Bird glory days while I had to watch Rick Pitino fuck up this entire franchise during my formative years. We had our balls tickled with a nice run in 2001-02, but that was a one time thing. It was back to being terrible until that 2007-08 season.

So I understand why people complain that us fans and the players don't stop talking about the 2008 title. But I need you to understand I do not give a single fuck. Who knows if I'll ever see this team win a title again in my lifetime, so you bet your ass I'm going to take every opportunity to relive this moment. When you add in the fact that it was against the Lakers and how they absolutely shit pumped them in Game 6 at home to seal the deal, I mean as a Celtics fan you literally cannot write a better script. It validated my generation's Larry Bird. It put to bed any fear that I had about never seeing the Celts hoist the Larry O'Brien trophy. No longer did I have to go into the Garden and look up at all those banners and wonder what that might be like to experience. I know I'm not the only 30 something fan that did that before 2008. I was so jealous of those things that finally seeing it happen for my generation was fairly emotional.

Garnett's reaction is how I felt. All of his frustrations as a player and what it took to get there was basically what it was like rooting for this team through the 90s and early 2000s. Heartbreak and frustration city. But that moment was a sweet release. What could you say now? They finally did it.

So happy June 17th. Take the day and celebrate it the right way. I have just the thing to kick you off, but you're going to want to clear your calendar.