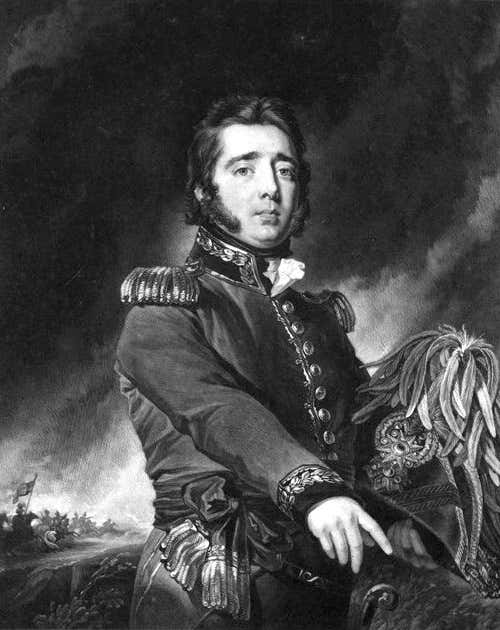 Ole fucking sideburns himself, Gregor MacGregor. I don't know why exactly, but I have been on a kick of looking up rich people and fucking scum bag throughout history lately. Often times people fall into both of those categories. The term "Ponzi scheme" is actually just named for one guy, Charles Ponzi. Even Charles Ponzi can't hold a candle to Gregor MacGregor though.

Gregor MacGregor was the Prince of Poyais. Now, you're probably sitting there reading like "Poyais? hmm? Sounds fancy. Where is that place again?"

Payais is a BEAUTIFUL country in Central America. Here is how it was described by MacGregor

A little larger than Wales, the country was so fertile it could yield three maize harvests a year. The water, so pure and refreshing it could quench any thirst – and as if that weren’t enough, chunks of gold lined the riverbeds. The trees overflowed with fruit, and the forest teemed with game.

Sounds fucking SPECTACULAR. Look at this picture that MacGregor would show people of his Kingdom 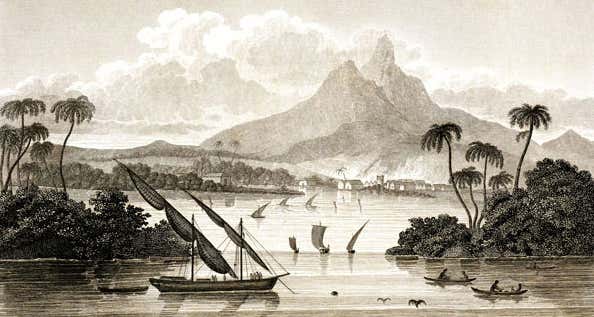 In addition to this picture, MacGregor also had a Constitution for Poyais and hand-drawn maps. He also had a name and a reputation. Greg MacGregor was a soldier with a pretty solid resume. He fought for the Crown against Portugal and Spain in Florida and Latin America. His father was also a prominent banker. He used that reputation, knowledge of Latin America, and took advantage of the times. In the early 1800s all sorts of Latin American countries began to win their independence from colonial powers in Europe and British investors were thirsty for opportunity. They had invested in places like Venezuela, Chile, Peru, etc and when MacGregor started running around London talking of this new country that he had been named "Cazique" or "Prince" by a TOTALLY real person named King George Frederic Augustus of The Mosquito Coast, the reaction was

MacGregor was the toast of the town. Showing up at lavish parties, telling tales of war and the frontier and raising BUCKETS of cash for his new country. All he needed to make Poyais the best country in the Western Hemisphere was some settlers and some money. People in Britain gave him both. Money from England, people from Scotland.

People literally got on ships to start a new life in this totally made up country. MacGregor waved to them as the got on the ships and headed to this absolutely SHIT part of Honduras as he counted his money. When the ships arrived and there wasn't a colony, a palace, a king, or any food or anything...a lot of people died. Legit, just starved to death and the remaining people were rescued a by a British Royal Navy ship heading to Belize. Those settlers eventually returned to England and as soon as the did MacGregor was like

He escaped to France, caught his breath and then...tried to do the same thing again to French people. He was eventually arrested and charged with fraud, but somehow beat those charges too. After being responsible for the deaths of people, stealing money from investors, and narrowly escaping a long prison sentence in France, Greg MacGregor decided to...invent more investment opportunities in Poyais

The man was straight up addicted to this lifestyle. He sold land, bonds, and received loans for Poyais for another 13 years before people finally caught on to him and he had to stop. He eventually moved to Venezuela where he died in 1845

Honestly, who wouldn't fall for this scheme though. Or any scheme for that matter. I would've been a millionaire in the 1800s. Nobody knew shit. There wasn't science or google maps or any way to prove anything. This guy made up a fucking country for basically his entire adult life and people kept falling for it because there was no way to prove anything. All-time fraud and honestly, a great sounding title and country. Prince of Poyais. Sounds bougie as fuck. I know it's fake and I still want to buy a time share there.