Listen It's no secret all cops are on high alert these days because of the actions of a "few bad apples" in the force. As Chris Rock points out though, a few bad apples is a few too many when you're dealing with a profession like police officer.

Anyways even the good apples in the force are worried they'll face repercussions from folks furious about police brutality and racial injustice. We got cops accusing Shake Shack of deliberately poisoning them when it turns out "a few bad apples" on staff just didn't do a good enough job rinsing the cleaning solution off the shake machine. 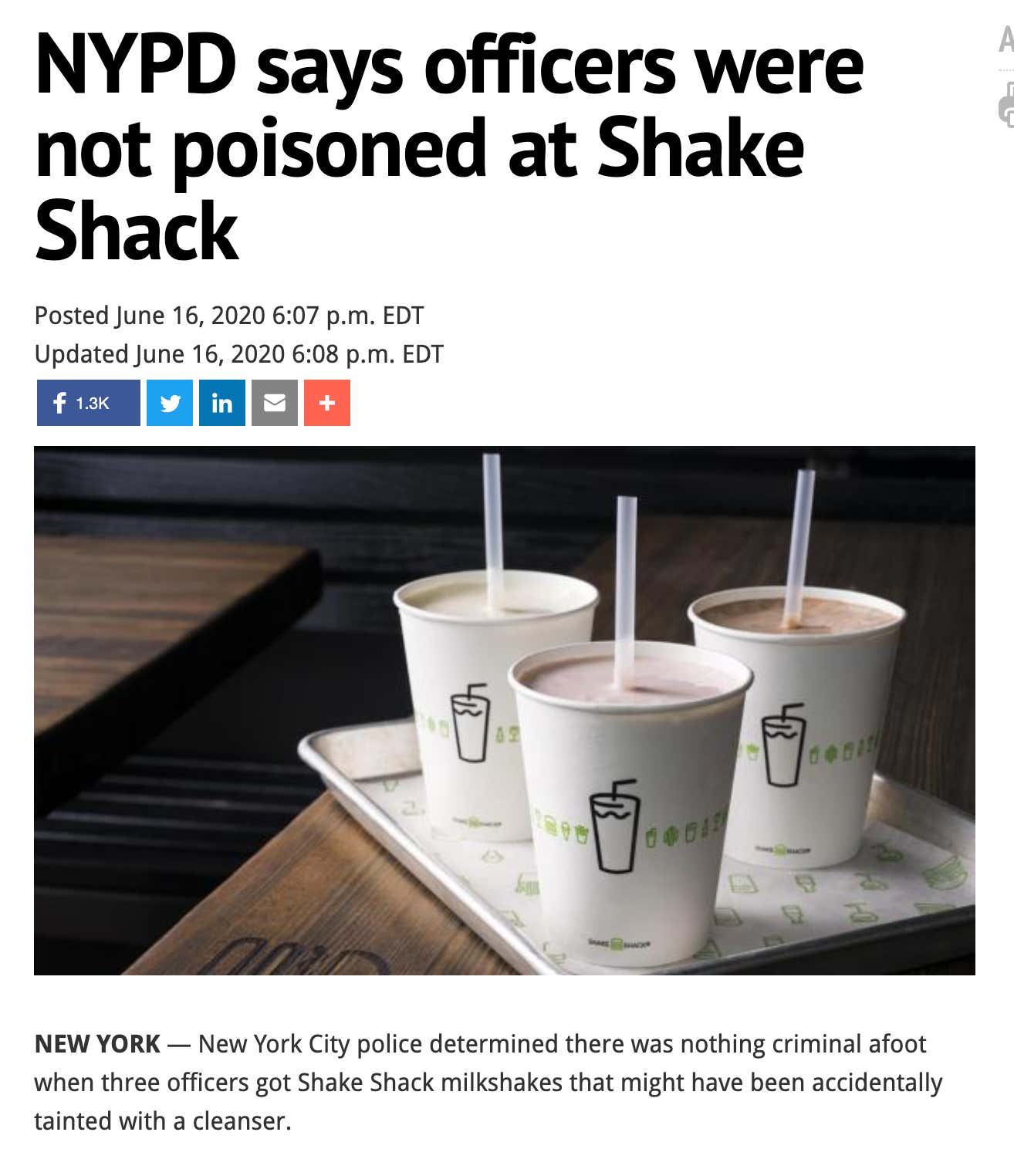 Hey I've gotten poisoned by Taco Bell numerous times in the past and I've dealt with the repercussions privately in the confines of my own bathroom without getting the media involved. But yes, I do understand why cops are increasingly paranoid these days.

But I can't say I understand why the cop above starts breaks down into tears. At fast food joints it's pretty common to get your drink first and have to wait a bit longer for the food right? I thought she was gonna say the McDonalds employee chucked the McMuffin at her face or she saw the grill master rubbing his balls on the egg patty. Correct me if I'm wrong but nothing she says in that video indicates that if she hadn't just waited a few more minutes she would have been brought out a perfectly edible Egg McMuffin right? Waiting for food when your hungry or dealing with shitty service in general is an unpleasant experience, but worth crying over? Probably not.

This tweet got me thinking though, what is the worst oppression I have faced as a white guy? (yes, this the part of the blog where I try to make racial injustice about myself, buckle up).  I'll be honest, as a white guy living in China the last 10 years, It's been mostly smooth sailing and white privilege as far as the eye can see.

Snuck into the ring at a Pacquiao fight: NO CONSEQUENCES

Got behind the counter at a place called "Boston Donuts and Coffee" and pretended to work there: NO CONSEQUENCES 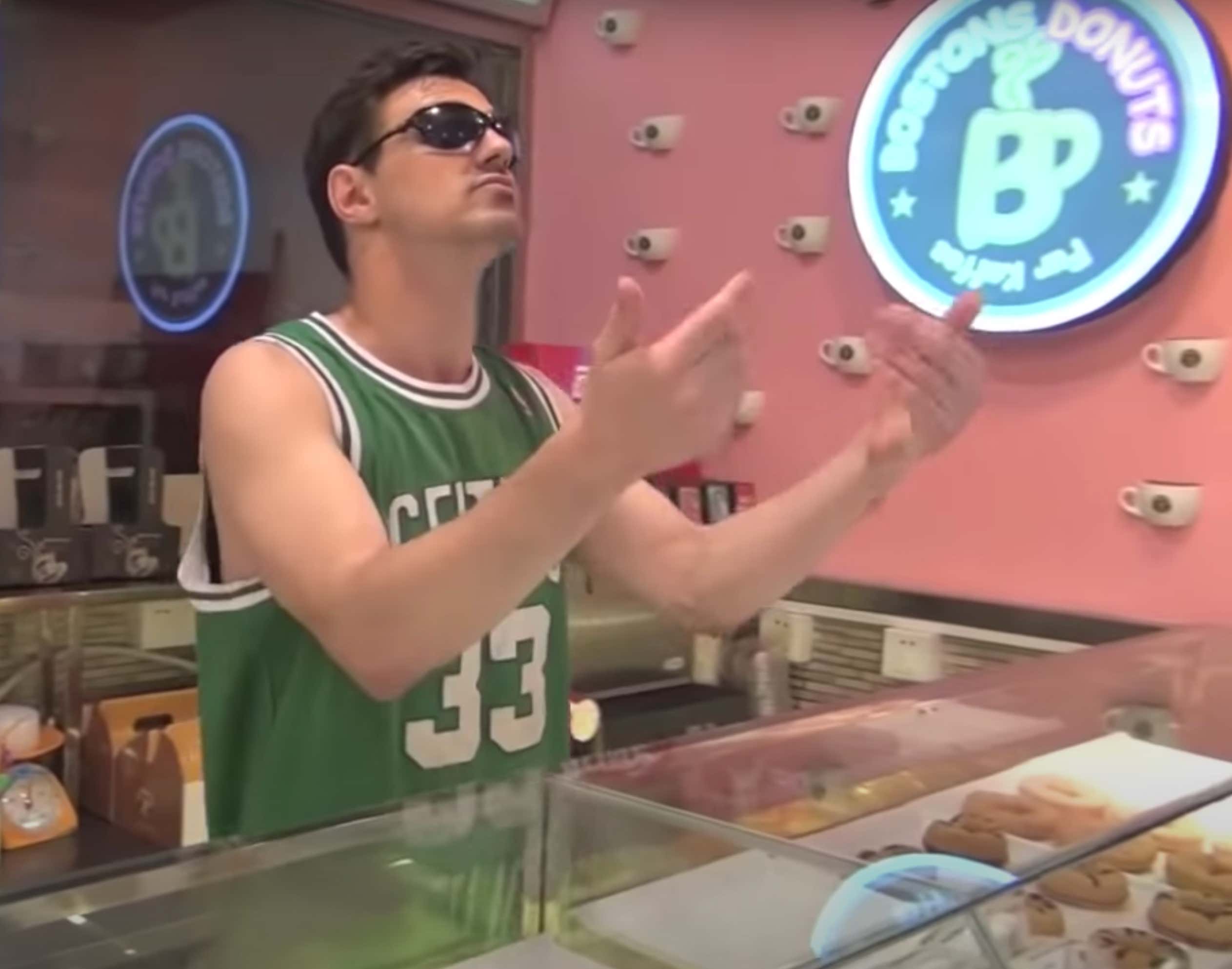 Danced on the court at a Sharks game: NO CONSEQUENCES (Thanks to Yao Ming) 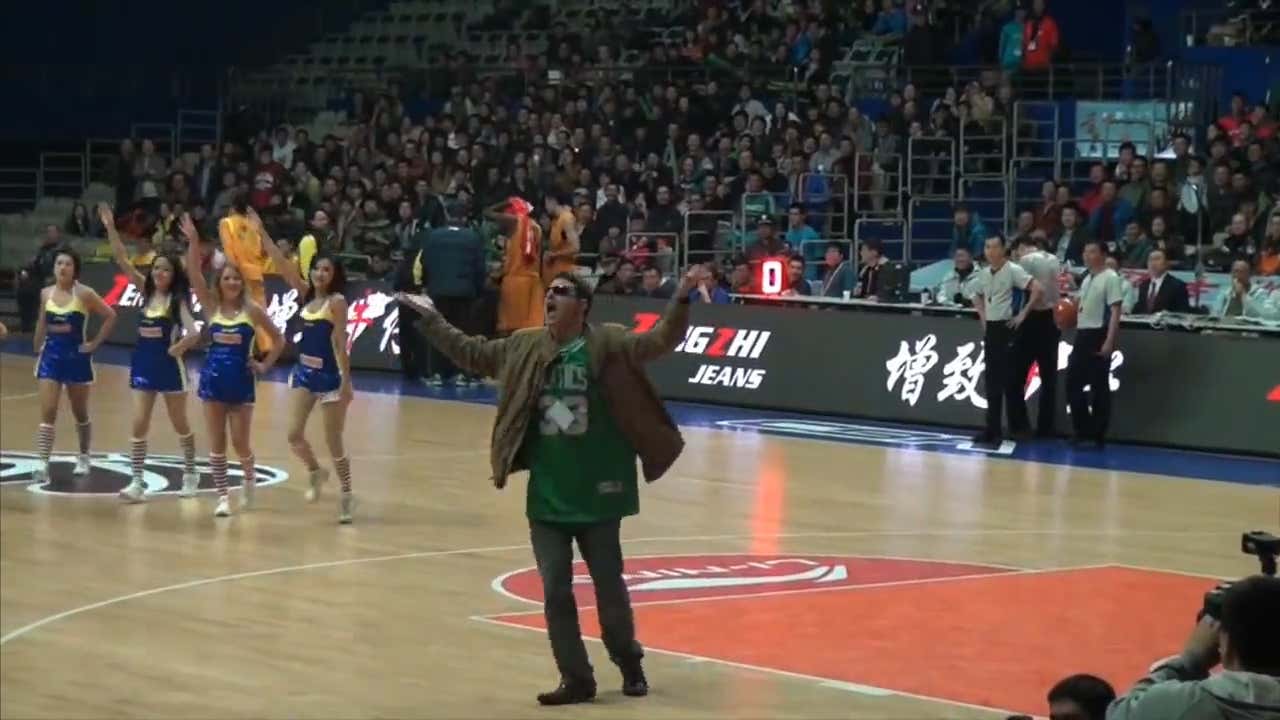 Snuck into a Sharks game dressed as a school shooter: NO CONSEQUENCES 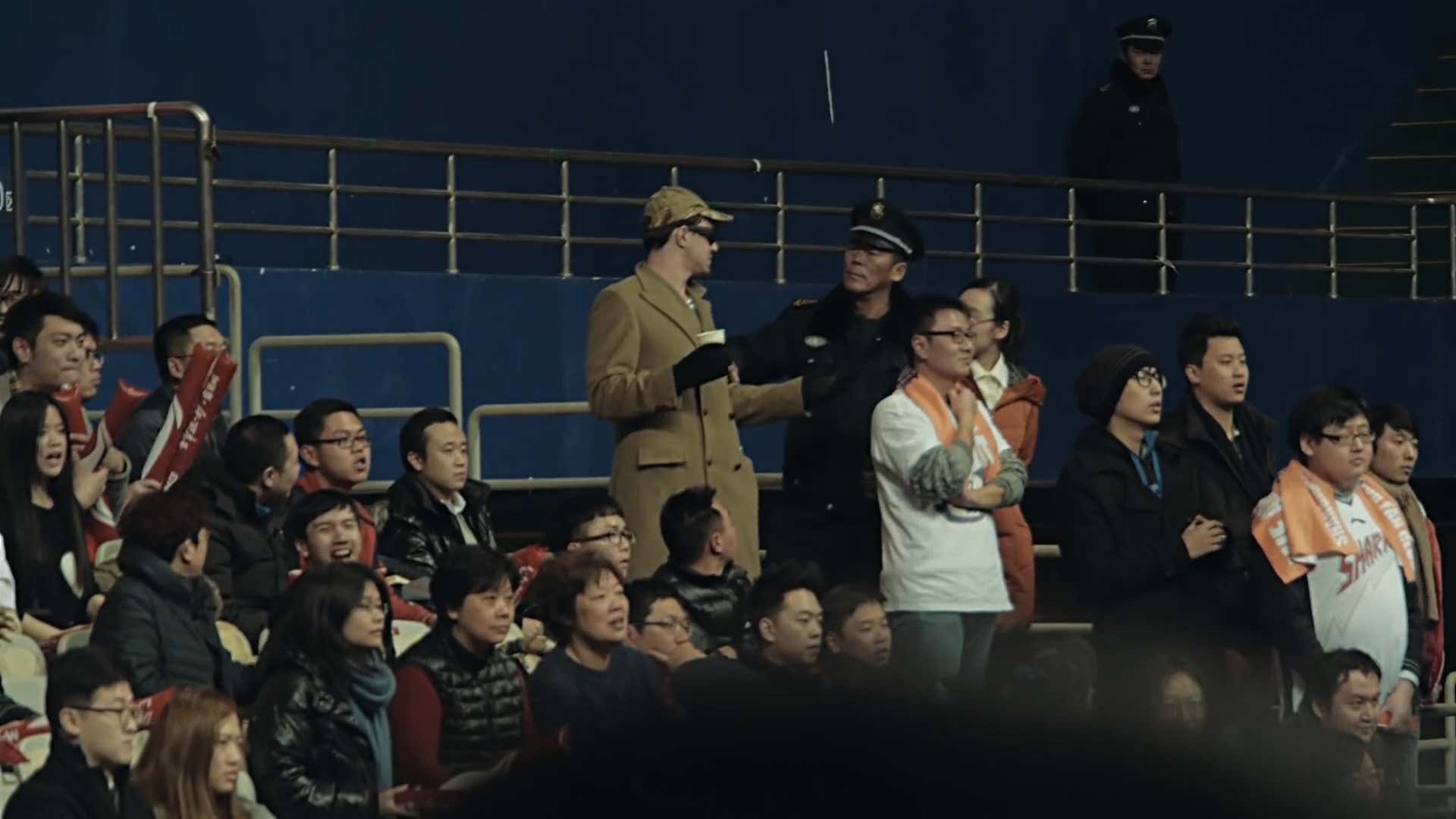 Pounded Beers and Danced on the couches at Starbucks: NO CONSEQUENCES

Took a Shower Inside an IKEA: NO CONSEQUENCES 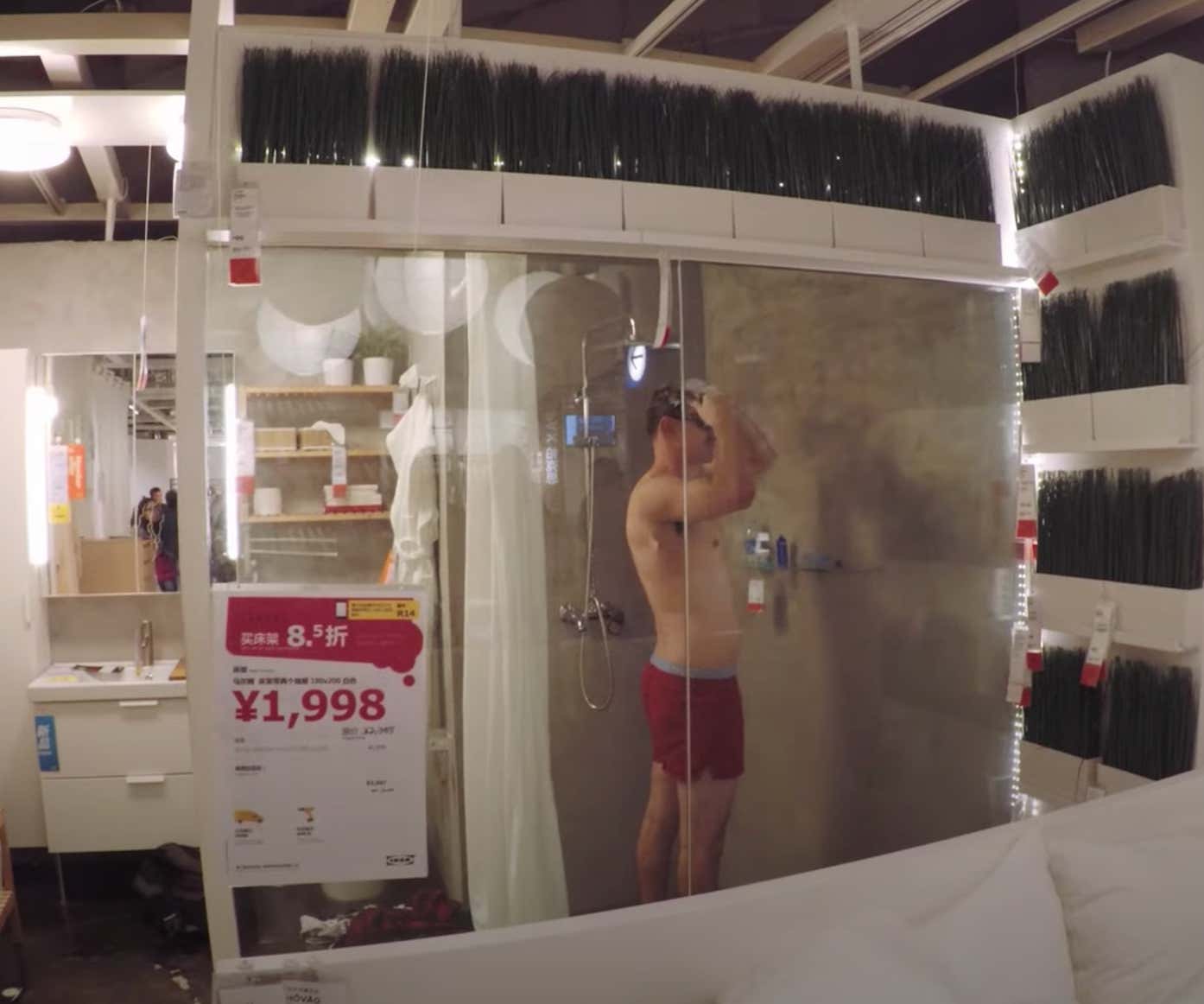 Offered a teacher beers during a job interview: GOT THE JOB

The list goes on and on. However, believe it or not, I did face some #WHITEOPPRESSION over there. A handful of times when I was up in Beijing, where there was more anti-foreigner sentiment, I'd be trying to flag a cab and the taxi driver would slow down to pick me up, see that I was white, and speed the fuck away. Let me be clear, being unable to get a taxi due to the color of my skin was a horrible feeling. But if you think it felt 1/1000th as bad as the injustice many black people face in America on a daily basis, then I have a bridge to sell you.