Yeah, I know that they're allowed to play 5 on 5 basketball and set screens and rebound and foul each other and all that, but if you want to keep the coronavirus from spreading and shutting down the league, NO DOUBLES. Plain and simple. On the 1-10 risk scale, playing singles ping pong is a 2. Sanitize the handles before the game, and only two people are touching the ball.....it's damn near impossible to contract the virus from that. But doubles? Doubles is a 9 on the risk scale. Could you imagine the exposure to danger that these players would get by having FOUR PLAYERS potentially sharing a ball? It'd be the new epicenter of the virus.

Don't basketball games have 10 players at minimum passing around a ball? Well, I guess in James Harden's case only about 7 people touch it in his game. And this will probably be refreshing to him not to have to face doubles anymore. But in a standard game, you've got 10 starters, usually 7-10 more bench players, and then the refs all handling the basketball. So how in the world is the NBA going to sit up on it's high horse and put these players in one of the most dangerous situations you can be in right now, but then outlaw doubles ping pong. Bump and grind with each other in the paint for 2 hours during the evening, but everyone must use their own paddle on the tables during the day. Games will be shortened to 15 as well, because 21 poses too much of a risk. You don't even have to win by two anymore. We want to minimize the interactions of these NBA players to minimize the risk.

I'm sure the NBA players don't even care because doubles ping pong is stupid and they're probably not even playing ping pong at all anyways, but to make this rule is just laughable.

**If anyone is too upset by this though, I heard Kyrie is allowing doubles ping pong in his league.... 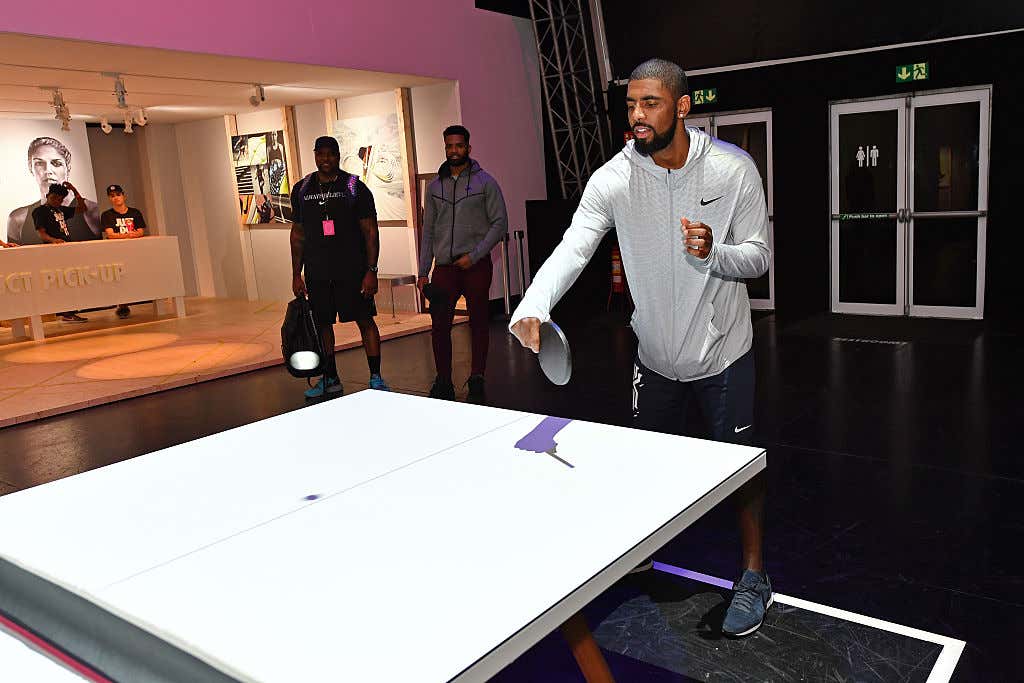