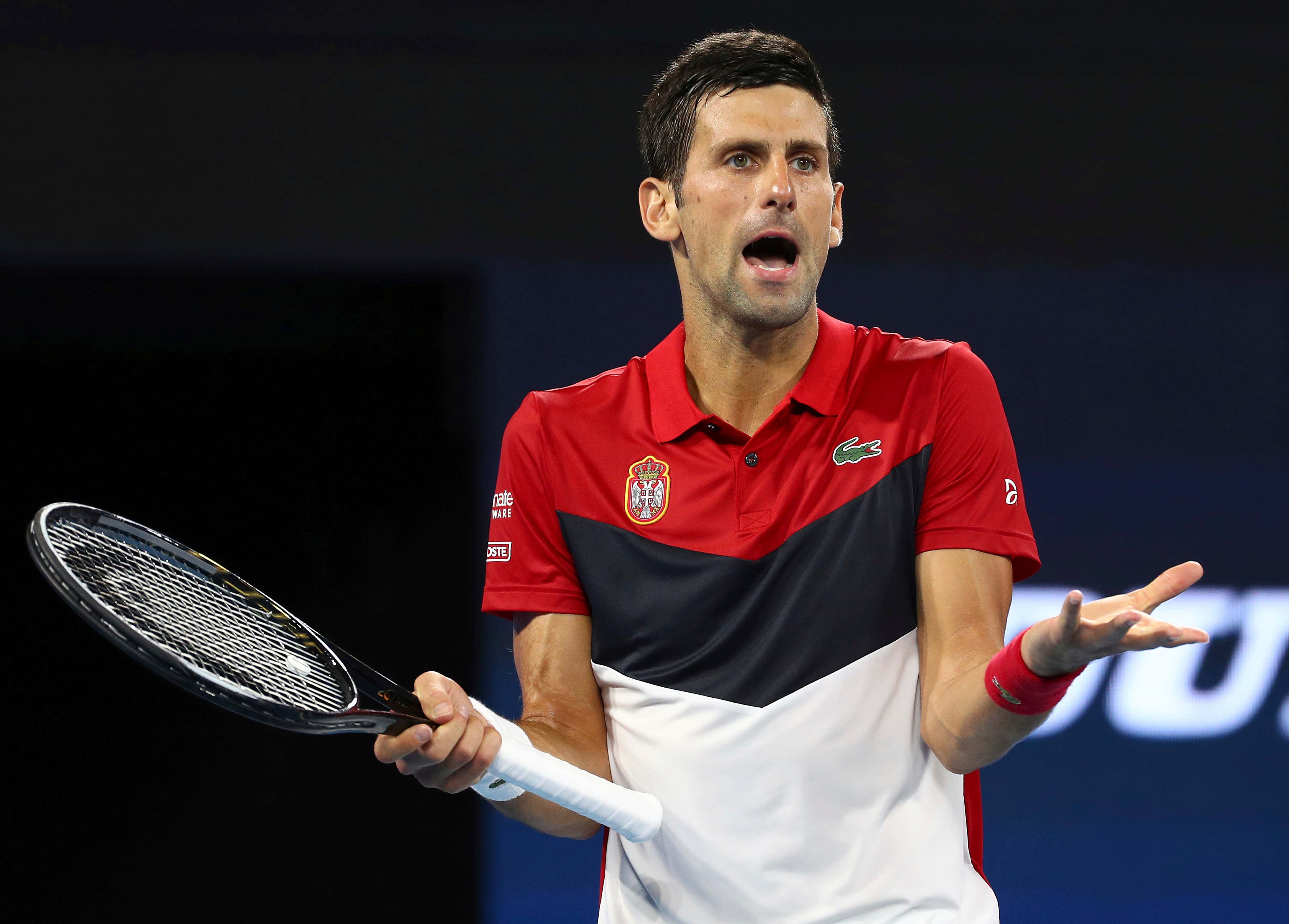 Noah Rubin is currently the 225th ranked men's tennis player in the world. You've probably never heard of him, but he's a 5'9" American from Long Island who scratches and claws his way on the ATP Tour. Everyone now and then you'll see him in the first round of the US Open with the crowd going nuts for him to pull out the W. I mean who wouldn't root for an underdog Jewish New Yorker in the US Open? He's literally me if I played professional tennis.

You wouldn't expect someone as low-ranked as Noah to have the balls to stand up to the number one player in the world Novak Djokovic, but he sure as hell did that after Djokovic skipped out on an ATP Zoom call discussing the near future of tennis in America. Djokovic recently said he likely would skip the US Open because of the strict protocols. This whole Zoom call was to discuss them and figure things out. He didn't even bother to listen.

Before we get into that, let's quickly refresh ourselves with how big of an asshole Djokovic has exposed himself since COVID-19 began.

-He pretty much admitted to being an anti-vaxxer and would refuse to play if it became mandatory to get a vaccine in order to play in ATP events.

-Djokovic has done numerous Instagram lives with batshit crazy pseudo-science people who think your mind can cure your body of diseases and make you healthy. These guys think you can change the molecules in water by just having positive thoughts. Those buffoons have been given Djokovic's platform all quarantine to speak their mind.

-He held a tournament in Serbia where hundreds of unmasked fans packed into the stands, ball kids handled sweaty towels, and players hugged on the court. They acted like the world hadn't just been through a global pandemic. Most of which is still going through. I totally get the country having a better strangle hold of the virus and their numbers being low, but as a player like Djokovic what are you doing?  You need to still be safe and handle shit cautiously, especially if you're going to be traveling across the world for these events.

-After the tournament he was seen partying his ass off in Serbia despite everything going on. Fuck this guy.

Bottom line? Novak Djokovic is an asshole. Here's what Noah Rubin had to say on the Behind the Racquet Pod after Djokovic skipped out on a 3.5 hour Zoom call with 300+ players.

"These pictures of him playing soccer have surfaced. You can make time for that but you can’t get on a Zoom call for 30 seconds? If I can’t get in touch with you, if you aren’t helping me out, if you can’t get on a fucking Zoom call, what is the point of all of this? And you’re complaining that the physios at the ATP might not be good enough for your two weeks there? Like shut the fuck up. Just understand what is actually taking place. "We can talk about tennis nonstop, and it's in a shitty fucking place right now thanks to everybody at the top."

Preach Noah! Djokovic is the number one player in the world and can't find the time to hop on a super important Zoom call with all of the other players. Especially since he's the one complaining about the US Open rules and how strict they are. That's your spot to voice your opinion and say what you don't Iike. Dude just ignored it like it was a telemarketer calling. Good for Noah Rubin for calling him out, hopefully people start to back him and oust Novak from the sport (definitely NOT to avoid him catching Roger in grand slams).