Back in 2012, the current White House press secretary Kayleigh McEnany put out that egregious tweet, suggesting Dominos is the greatest NYC pizza, when we all know what the best NYC pizza really is, as voted on by the One Bite App, available now in the iTunes app store 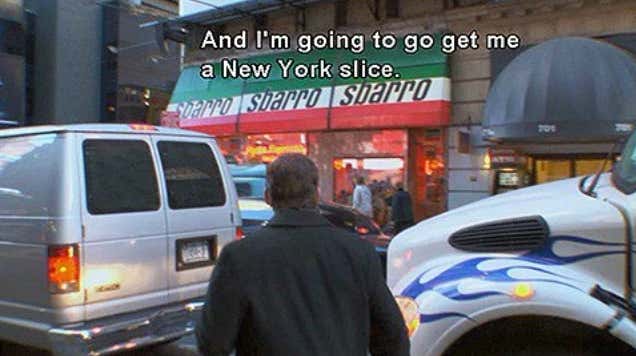 Yes that joke is a little old by now but it worked perfectly here so I'm allowing it.

Anywho, flash forward 8 years and this old dude Rick Wilson decided he wanted to cancel Dominos for tweeting back at Kayleigh (jfc, what an absurd name to spell, it could have 6 fewer letters and still be the same name) thanking her for her support.

Oh did they, Rick? Did they just "kill their brand" because they tweeted at Kayleilyaighlygiegh back in 2012? Seems like a little bit a o a stretch, my man. Also, Kaleighleiyghligh's tweet suggest Dominos is the GOAT might be the true brand killer here. And no offense to Dominos. I fucking LOVE Dominos. But the best pizza in NYC? Child, please.

Dominos responded with a full apology and no just kidding, they said "we have absolutely no time for this nonsense today".

And that's all it takes. It's not flashy. It's not funny. It's just "I'm so over this". And people are wiling out. Parading in the streets. People are acting like it's the best clap back since 'Nam. It's fair though. They shut down old man Rick solidly. Just a bitch slap across his saggy tits, saying don't involve our delicious pizza with your political nonsense. Amen, brother (Dominos). Amen.