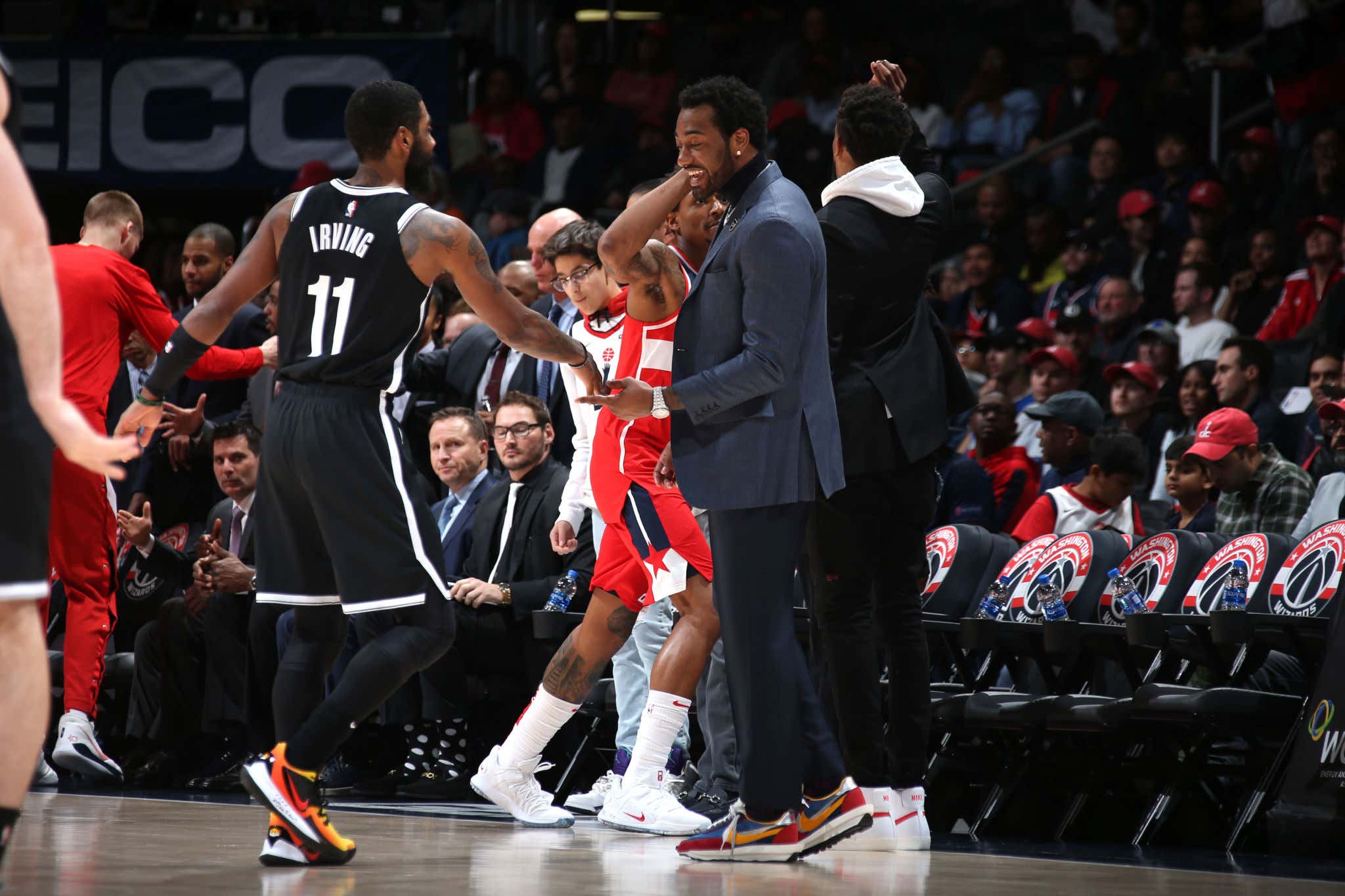 As we know, Kyrie Irving has been the root of some drama in regards to the NBA's potential return. There are stories floating around that he's doing all this because he wasn't allowed in Orlando, and more stories that he's in fact actually saying things that a bunch of other players feel. Well, John Wall has entered the chat, and he seems to be on Kyrie's side. In my opinion Wall is by far the highest profile player to actually take Kyrie's side, and on a recent appearance on Caron Butler's podcast this is what he had to say

I think this is something you can't really debate. If someone has concerns about the safety of the bubble and the potential risk of contracting coronavirus in an environment that seems to be having more and more confirmed new cases, that's legit. Having questions around the plan to keep everyone safe is understandable, and if a player doesn't think it's safe then who are we to force them to play.

"If I was healthy enough to play, I wouldn't want to go play," he said. "What am I going, just to play eight games? I'm not going for just eight games and then coming back home."

Much like Kyrie, John Wall is shut down for the Orlando return. But according to him, even if he was healthy he still wouldn't play in this format which I find pretty interesting. He phrases it like he's just going to play 8 games and then go home. Well wait. If the Wizards had a healthy John Wall and Bradley Beal at their disposal they could very well challenge ORL/BKN for that play in. All you have to do is be within 4 games or some shit. Right now they are 5.5 games back. I think they'd be considered favorites with that core over ORL/BKN wouldn't you say. Then you get into the playoffs and who knows what happens. Well they probably get their dicks stomped by MIL but you never know what can happen in a playoff series. Look at what the We Believe Warriors did.

"Kyrie has his things where he be in his own world… 'The Earth is flat,'" he said. "But to be honest, I think he has a point. A lot of people feel that way. I think that's why they tried to get on that call to see how many people really want to go play and how many people don't want to play. Because with all this 'Black Lives Matter' going on and protesting and trying to get justice and all that; a lot of people feel like it's not safe to go there. That's what he stands on."

So this stood out to me mostly because earlier there were reports that players were afraid to speak out against the wishes of star players and their desire to return. Well, John Wall is very much a star in the NBA and it makes me wonder that if he's coming out publicly supporting Kyrie whether or not other stars/players will do the same.

You do wonder if both of these guys would have the same stance if their teams were legit title contenders, but how on earth are we to know? If we're going to make up hypotheticals then it's just as likely they would have the same stance as we see now. It does sound to me like Wall's reservations are more about the safety issues than being a distraction so my guess is he would still not play no matter what if he truly takes that shit seriously.

I know this though, the league is better when both of these guys are healthy and playing. I cannot wait to see what Wall looks like after a few weeks ago he talked about being better than ever. A healthy John Wall, much like a healthy Kyrie Irving, is a big time problem for opposing defenses.