In case you missed last week's match on the table, PFT Commenter once had a 3-1 series lead over Hank inside Stool Streams Stadium.

And then we witnessed something that left everyone's jaws dropped. Call it a comeback, call it a choke. Either way, Hank Lockwood ended up a winner in Game 7.

But today is a new week for Mr. Commenter, and he realizes that there are some positives to blowing a 3-1 lead, too.

"The Yankees and Warriors are some of the best franchises ever, I feel like I'm in great company," he said. "You have to be a great team to build a 3-1 lead. I'm feeling better than last week because there's not a more heartbreaking way to lose than this."

On the flip side, the reigning champion has made huge strides in his mental game. Despite his opponent and color analyst Big Cat chirping him throughout the match, Lockwood didn't flinch.

"PFT has shown over and over that he chokes in the big moments," he said. "I’m never fazed when Big Cat and PFT are testing my mental game."

In order for Mr. Commenter to have a chance to pull off the upset this afternoon, a lot of it will have to do with having a clean mental game himself. The 35-year-old explained what he's thinking in this morning's interview:

"I dominated Hank for the first four games [last week.] I was playing the best ping pong I’ve played in my entire life," he said. "You can’t take that away from me, it can’t get any worse. I’ve hit my rock bottom, I’ve hit my rock high. Now it’s time for me to just hit the rock."

Hank, coming off his 27th birthday over the weekend, is ready to face a fresh set of opponents when the Barstool office partially reopens in a couple of weeks. 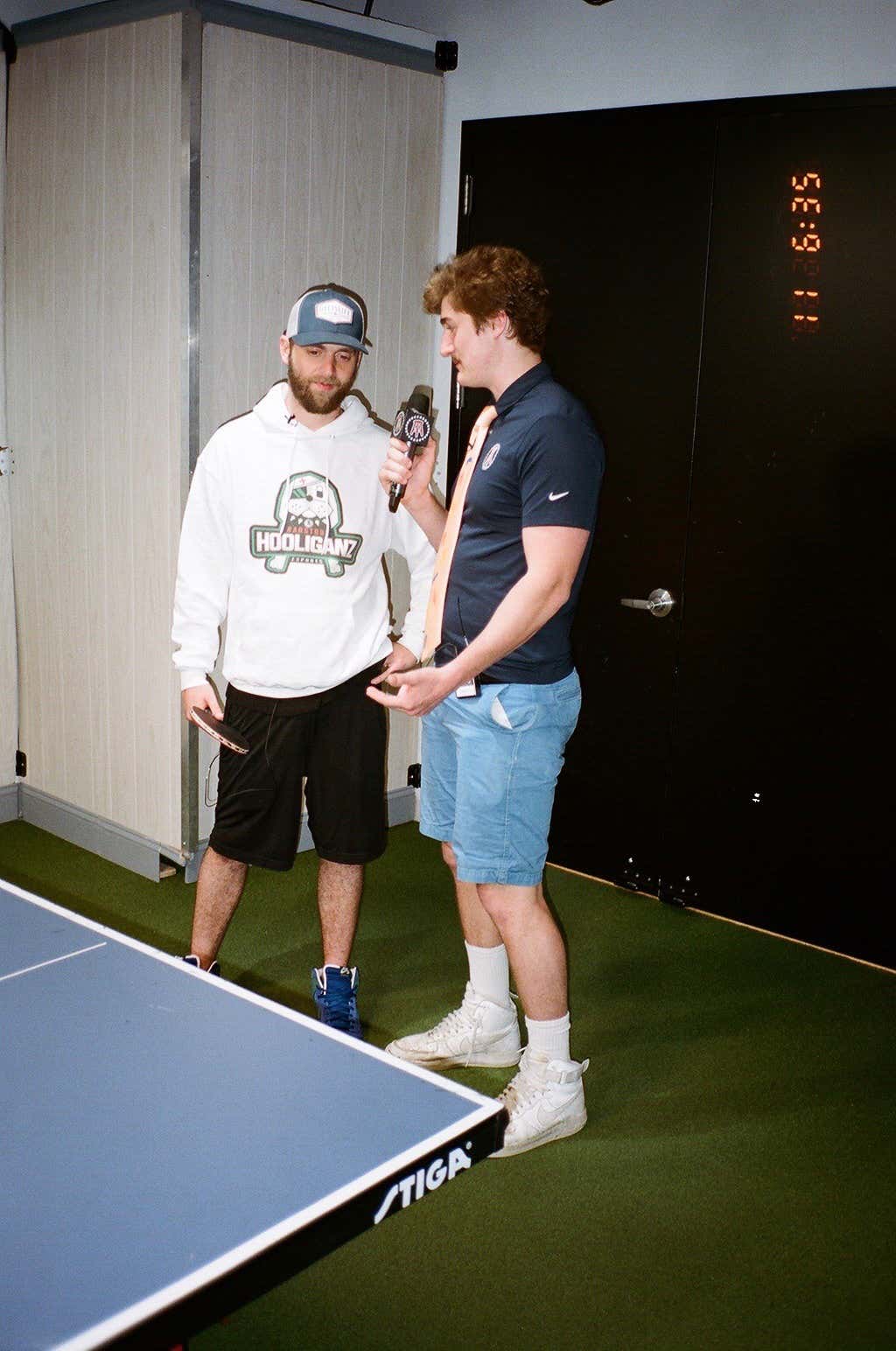 "I’m excited to play Hubbs, Frankie, Jake, etc. I’ve been playing a lot more than them, so unless there’s something I don’t know, that bodes well in my favor."

But for now, the only opponent locked on Mr. Lockwood's mind is PFT. First serve is at 4:30 PM today LIVE on the PMT Twitch Channel, immediately after Coach Duggs takes care of business against Kentucky.