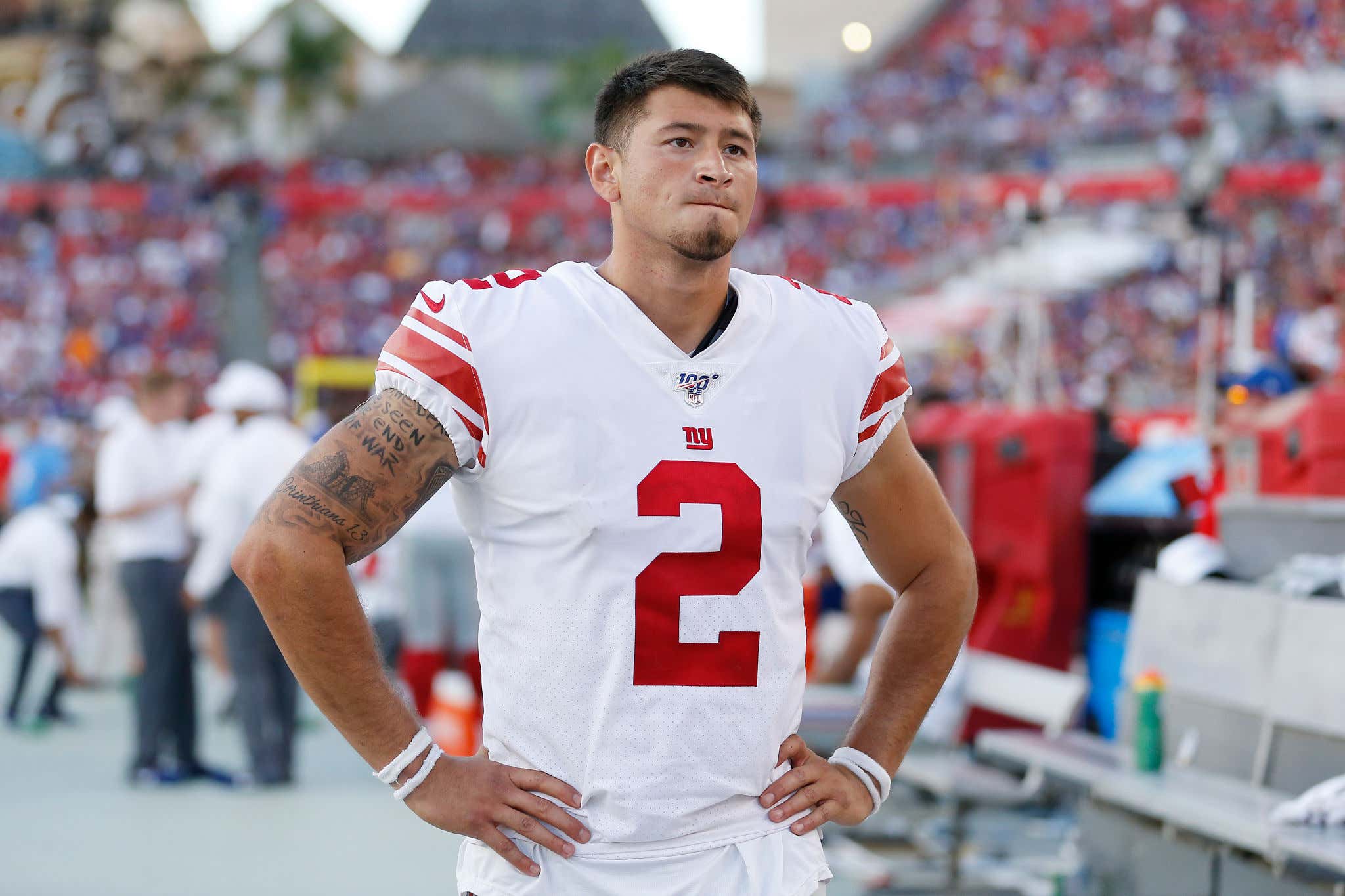 TMZ- New York Giants star kicker Aldrick Rosas was arrested Monday after allegedly T-boning a car and fleeing the scene ... and cops believe alcohol was involved, TMZ Sports has learned. Law enforcement officials say witnesses saw the 25-year-old -- who made the Pro Bowl in 2018 -- going around 100 MPH and driving erratically at around 8:25 a.m. in Chico, Calif., when he allegedly failed to stop at a red light.

Cops say he plowed straight into the side of a pickup at the intersection ... but kept on driving, despite disabling the vehicle he struck. Cops say Rosas' black Chevrolet SUV broke down shortly after the crash ... but claim witnesses saw the NFL player exit the ride and run. Law enforcement officials tell us when officers arrived on scene ... they launched an investigation -- and say they eventually found Rosas walking near the crash site. According to cops, Rosas' hands, legs and bare feet were covered in blood when they stopped him for questioning.

Cops say after Rosas admitted to being the registered owner of the SUV ... they took him to a nearby medical center for evaluation before eventually booking him at the Butte County Jail. We're told Rosas was booked on a hit-and-run charge, as well as driving on a suspended license. Cops also say they believe alcohol impairment was a factor in the alleged incident ... and say an investigation is ongoing.

That being said, I also haaaaaaaaaaate the fuck out of drinking and driving. People that normalize it and joke about it make me crazy because so many innocent people die because someone got loaded then got behind a wheel instead of getting an Uber. I also realize that a ton of people who are legitimately good humans have done it and avoided serious harm to themselves and others along the way. Still though, driving around 100 MPH, running a red light, T-boning a car, and then continuing to drive until realizing you are leaking blood after potentially a few pops is fucked. On a suspended license at 8:30 AM no less!

We've all had late nights that quickly became early mornings when you stumble out of whatever hole you were in with the sun up and the birds chirping. But I've never experienced the morning/night that Rosas just had. I thought the Giants were done with kicker legal drama after getting rid of that scumbag Josh Brown and GTA wannabes when Kyle Lauletta got the boot.

I am NOT going back to those dumpster fire Giants. Can't do it. Coach Judge is in here to clean up all that bullshit from the last half decade or so and already has had to deal with the DeAndre Baker debacle. I hope this doesn't mean Rosas loses his job because of a big fuck up but I also wouldn't be shocked. Hopefully my guy learns from this, gets his head on straight, and doesn't do something so dumb again. Fuck, man.

P.S. I'll TAKE all the "Arrrrrrrrested" "Hit and rrrrrrrrrrrrun" and "Rrrrrrrran a rrrrrrrrred light" tweets because this is all a minor setback for a major comeback for my guy.