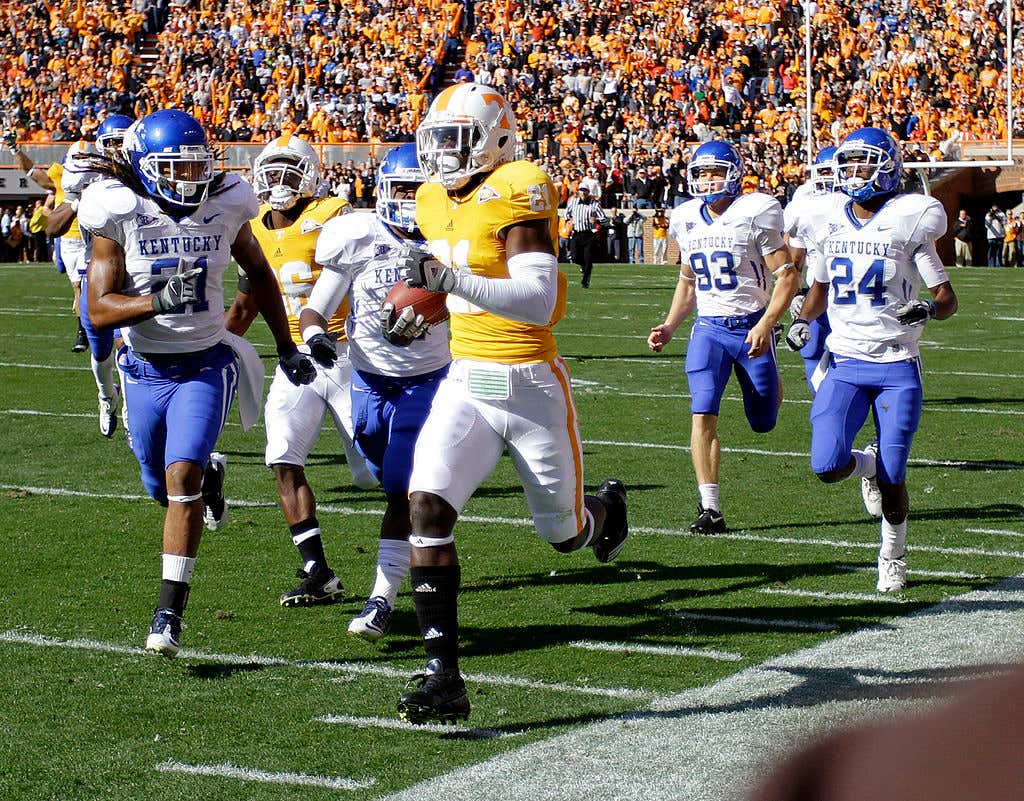 Welcome to the 2018 regular season finale for Gus Duggerton and the Tennessee Volunteers. Last night, it was the final road game for Coach Duggs and company in Nashville:

Tennessee 41, Vanderbilt 23 - The Volunteers overcome a major lag that lasted throughout the game and made a statement win over their in-state foe.

But Coach Duggs received some bad news after the game despite the win:

Hopefully for America's Coach, this serves as a nice wake-up call after losing the No. 1 spot. One more loss will certainly take Tennessee out of the running for the BCS National Title Game, but close wins might not do the job, either.

It's going to take a convincing victory to really ease the sweat, because NC State and a bunch of other teams with two losses are creeping up on Coach Duggs' squad.

A win over No. 24 Kentucky in Knoxville today would be another win to put on the resume for the Volunteers. But a third loss would do absolutely no favors as well.

It's a matinee stream at 3:30 PM ET today to cap the regular season. A win locks in a spot in Atlanta for a chance to win the SEC Title once again. A loss? Things will get really, really ugly. See you then.