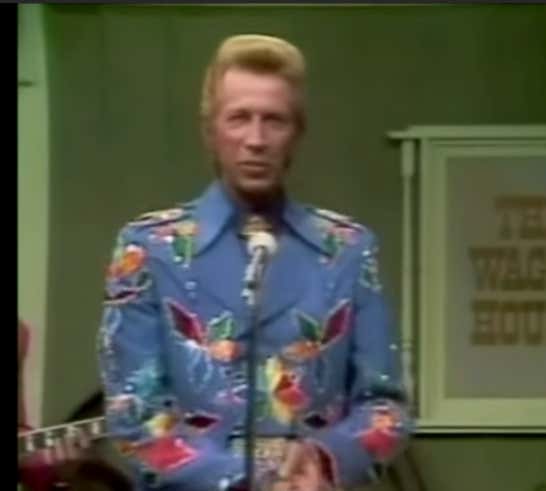 Good god almighty what a suit. It's not often that ole Dolly gets upstaged but that suit is so fire that even fire is like, "whoa. That's a little spicy." The multicolored holly paired with a blue that makes the sky in ole Montona jealous. It's all pulled together with a buckle that would make even the cowboy who is sung about in Garth Brooks' smash hit Rodeo jealous. Now, normally I'd put a link to the song on youtube but ole Garth doesn't allow his songs on there so I will have to think of something else to do.... what can I do.... what can I do? Ah-ha!

Great outfit. Better voice by Dolly and me. That goes without saying though.