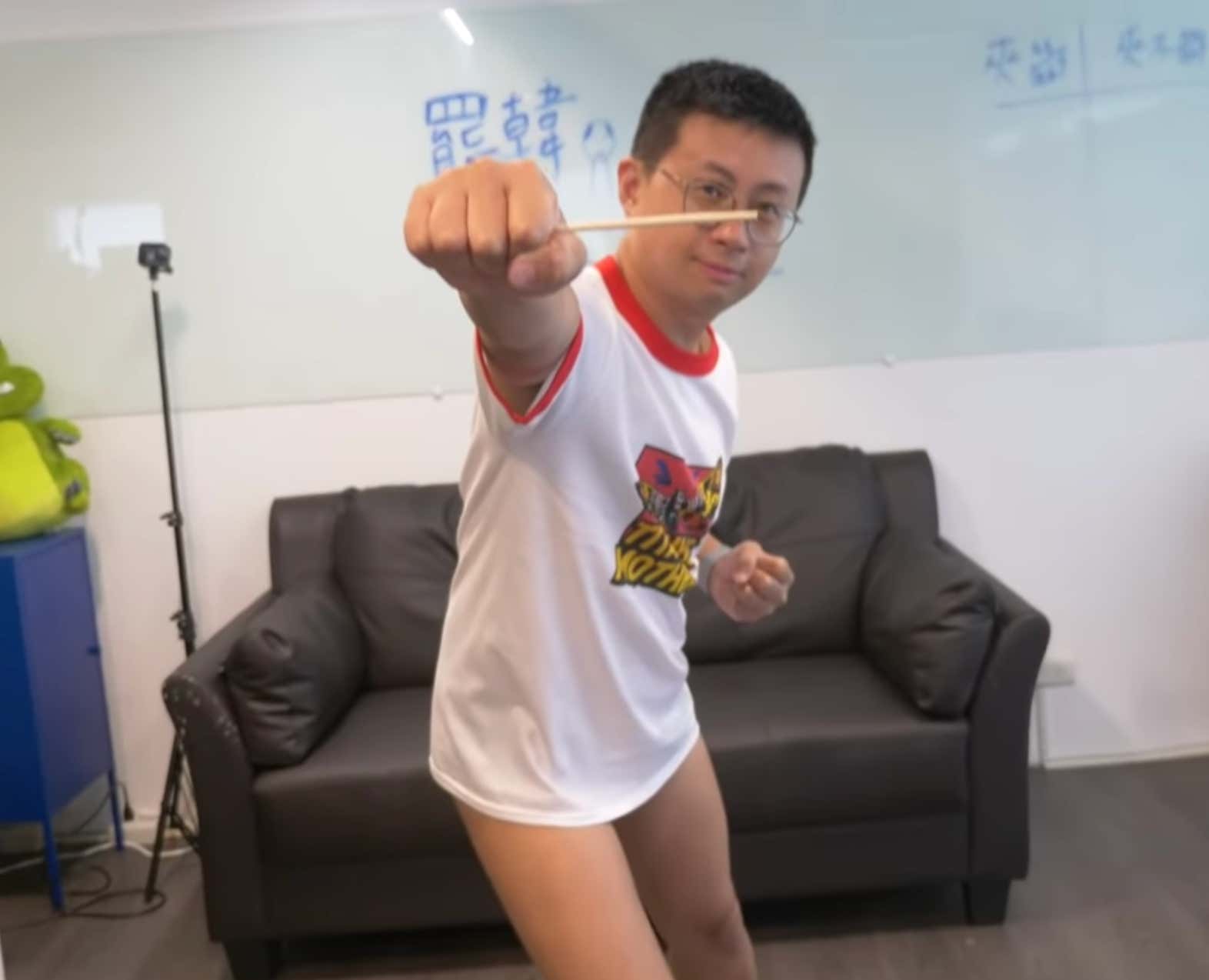 Source - A Taipei City councilor broke 53 chopsticks between his buttocks today, after betting that a recent election to recall the Kaohsiung City Mayor would get no more than 400,000 yes votes.

Before the June 6 recall election, the “Cant Stop This Party” councilor Chiu Wei-chieh (邱威傑) promised that if there were several tens of thousands of votes over his prediction he would break several chopsticks with his ass.

Unfortunately for Chiu, Mayor Han was ousted with 939,090 votes in favor of the recall. With every 10,000 votes over his prediction counting as one chopstick, Chiu fulfilled his promise today by breaking 53 chopsticks in his butt crack.

I gotta be honest...I don't really have much to add here. I mean that's just an incredible video that I think speaks for itself.

What I will say, however, is that no American politician would ever have the balls (or the cheeks) to go through with a bet like this. They're all a bunch of cowards. The riskiest bet you'll ever see a mayor in an American city make is maybe they'll agree to wear the jersey of a rival city if their team loses in a game of whatever. In which case they wear it for maybe 17 minutes for a few photo ops and then its over with. But to go ahead and snap 53 chopsticks with your tush? I'd say snapping somewhere around 11 or 12 chopsticks with your ass is a pretty wild accomplishment. As soon as you get to 20, it would start to get a little weird and uncomfortable. And this sick bastard did more than double that amount. That's a politician I can get down with. A sick bastard who isn't afraid to back up their words with legitimate action. We need more of that here. Just make sure the staffers aren't ordering Chinese food for lunch later that day.