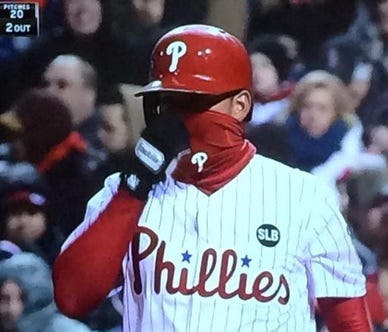 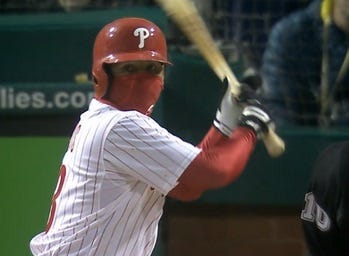 What the shit was this?  We robbing trains now instead of saucing and hitting around the Mendoza line, Freddy?  I’m not only embarrassed as a Phillies fan but as a human in general.  Yes, the shitty weather made it somehow more miserable for the dozens of people at the Bank watching this team play.  The last thing they, and we, need is to watch a guy whose pussy mask essentially says he doesn’t want to be out there.   Man up.  This is the big leagues and it wasn’t even that cold. 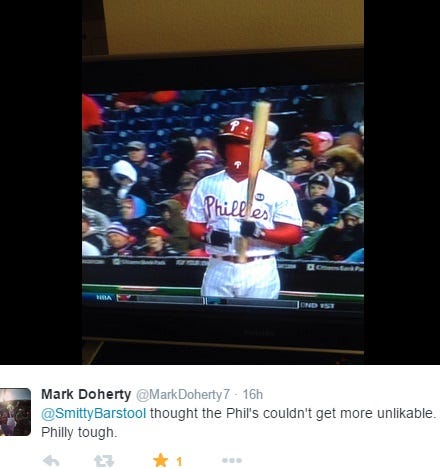