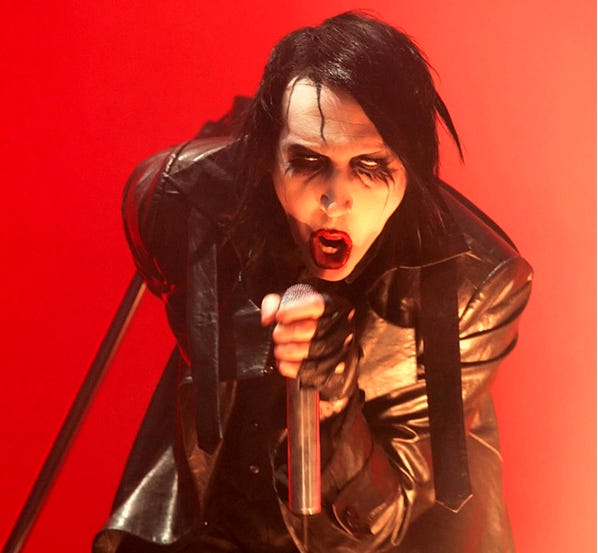 Listen when you decide to be Marilyn Manson – when you decide to live your life as some dramatic gothic demonic weirdo – you open yourself up to the possibility of getting punched in Dennys at 3am. Thats just the way it goes. Like I actually believe his people’s comments that he didnt say anything rude and that he was just sucker punched. Because there are certain people in this world that just open themselves up to this sort of treatment.

I bet like 10 years ago that dude was drunk with his buddies and was like “No seriously, I swear to God, if I ever see Marilyn Manson I’ll punch him square in the face. For real. I mean it.” And now all the sudden is 2015 and you’re drunk in Dennys and there he is. Marilyn fucking Manson. And your buddies remind you what you said and you’re like “Welp, Im a man of my word.” You made a promise to yourself and youre gonna keep it. Gotta walk up to that loser and punch him right in his weird pale face. Not because he did anything to you but just because he’s that much of an asshole. I can’t blame the guy. I’d love to slug Marilyn Manson in the face. I’d love to walk up to him while he’s eating a Grand Slam and be like “Hey Marilyn! Is it true you can really suck your own dick?” and then after he confirmed the rumor about removing his ribs, I’d be like “Ok cool, you fucking weirdo!” and I’d punch him in the face. Sometimes devil worshipping, own-dick-sucking guys need to be punched.

PS – I’d never ever have the balls to punch that guy in the face but I would for sure relive it in the shower the next day and be like “I definitely should have done that.”