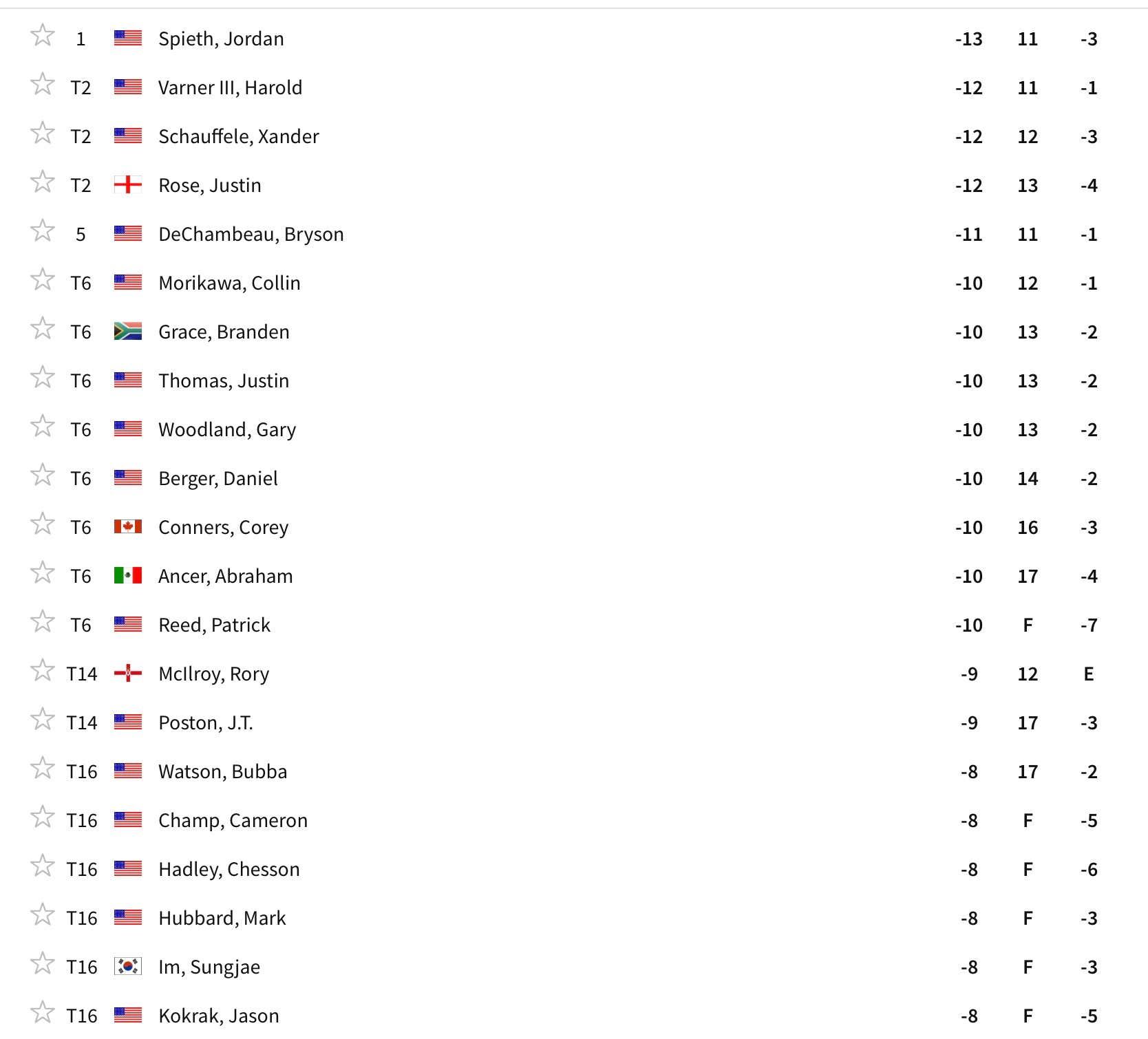 Folks Jordan Spieth hasn’t won on tour since the July 2017 Open Championship. After sprinting out of the gate with 11 wins and 3 majors, Spieth’s since fallen outside the top-50 in the world rankings and didn’t make last December‘s Presidents Cup team. He’s become the butt of jokes from rude people on the internet. He’s become the next Smylie Kaufman of the spring break crew.

Well not anymore. Not right now. As of the writing of this blog, Jordan Spieth is leading the Charles Schwab Challenge, the first tour event since the first round of The PLAYERS 3 months ago.

And plenty of other names like HV3, Morikawa, Grace, Berger, Bubba and more.