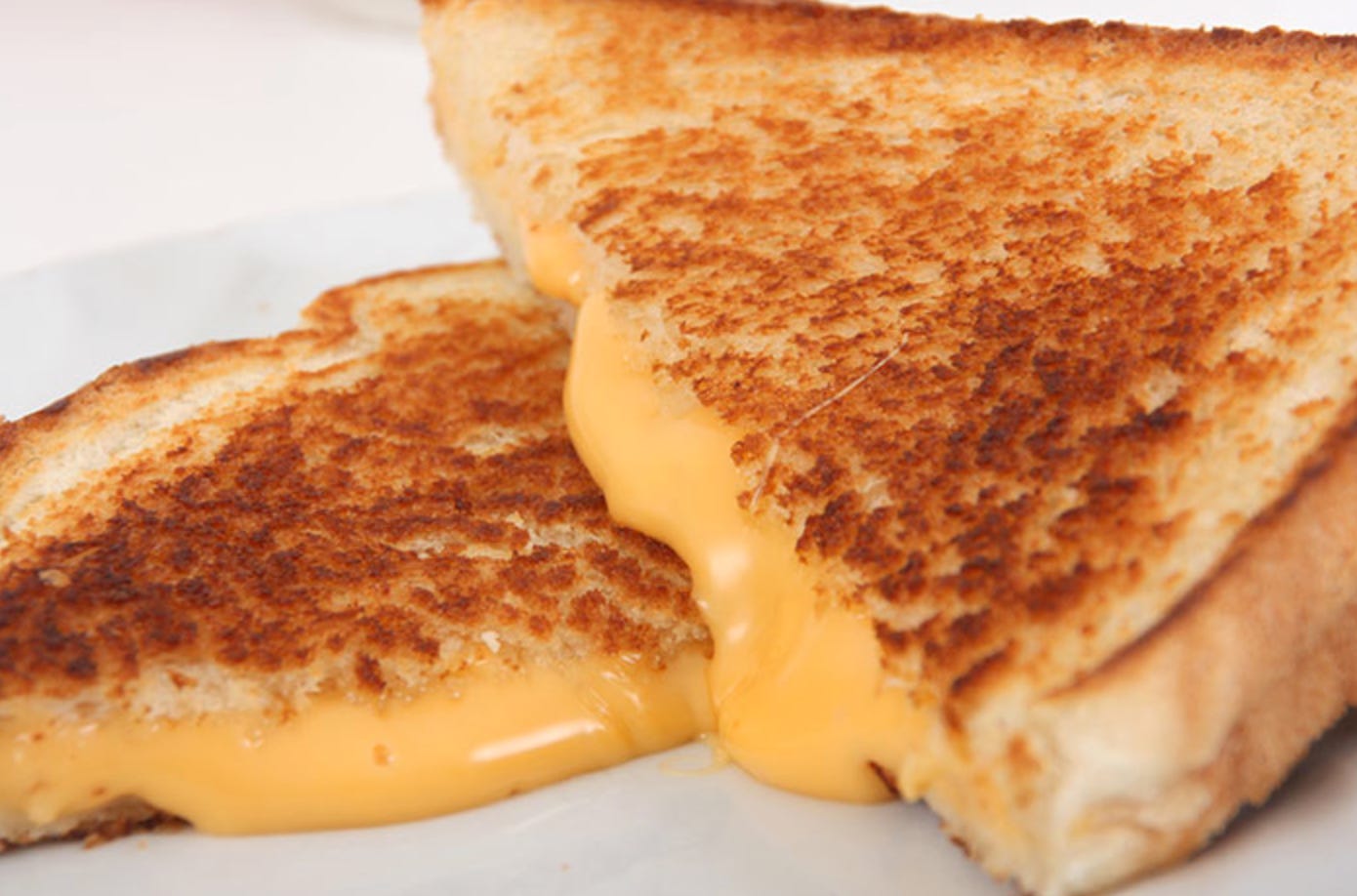 TIME- Hey, don’t knock this totally groundbreaking survey Did you know Sunday is (un)officially National Grilled Cheese Day? Well neither do most people, but in light of this tasty holiday, social-networking and dating site Skout did a survey of 4,600 users to find out what their taste in sandwiches said about them. Turns out that grilled-cheese-sandwich lovers are having way more fun in the bedroom, with 32% having sex more than six times a month, compared with just 27% of people who don’t like the sandwich. Also, 73% of those who like the sandwich said they had sex at least once each month, compared with the 63% of those who say they don’t like the snack. That might be because 84% of grilled-cheese-sandwich lovers are more adventurous and likely to travel, vs. 78% of nonlovers. Or it could be because the grilled cheesers are more charitable (81% vs. 66%).

PS- I’m pretty sure I bring this up on every blog about studies but studies are hilarious.  The best part is nobody really knows or cares enough to look into them so we just take them at face value and base our lives off them.  People are gonna eat a bunch of grilled cheese sandwiches because of this (myself included).   Then in 6 months there will be a study that says eating too much grilled cheese will give you AIDS and we’ll all stop.  It goes in cycles.