That's a big time headline for a nice Saturday morning, so apologies on that. Strap it on though because we're going for a ride here.

When I was scrolling through TikTok around 1 am last night I came upon this video.

I'm a sucker for nostalgia 90s covers so I was in immediately. Mind you, I've heard this song a million times, but I had never really thought about what it is about. What does he mean when he says "halo hanging from the corner of my girlfriend's four post bed?" So, like any curious mind would do, I googled "what is every morning by Sugar Ray about" and wooh buddy was I surprised with what I found.

Now one thing I am not here to do is kink shame. Never that. To each their own, whatever you want to do man, not going to hear me complaining. However, this I didn't see coming so of course I had to click.

Using that article and personal intuition, I was able to piece together a hell of a story.

First, apparently halo is a term for condom? So...we're starting off immediately with a condom hanging from his girlfriend's bed every morning? He then goes on to say "I know it's not mine but I'll see if I can use it for the weekend or a one night stand." So it seems we may be working with a cuckolding situation here, or another way in which a condom used during a sexual act he participated in was used by someone else, not himself. Again, no kink shaming, but still worth noting.

Moving on. "Something's got me reeling, stopped me from believing, turn me around again, said that we can do it, you know I wanna do it again."

Alright. We've already established the sexual nature of this song with the condom, so one is to assume the rest of the song will follow this trend. Let's break down this line.

"Something's got me reeling" - This guy is definitely into whatever is going on.

"Turn me around again" - There it is, clear as day. What else could this mean? This guy is getting pegged!

If all of that isn't enough to convince you, even lead singer weighed in! Was he joking? Was he serious? We will likely never know. 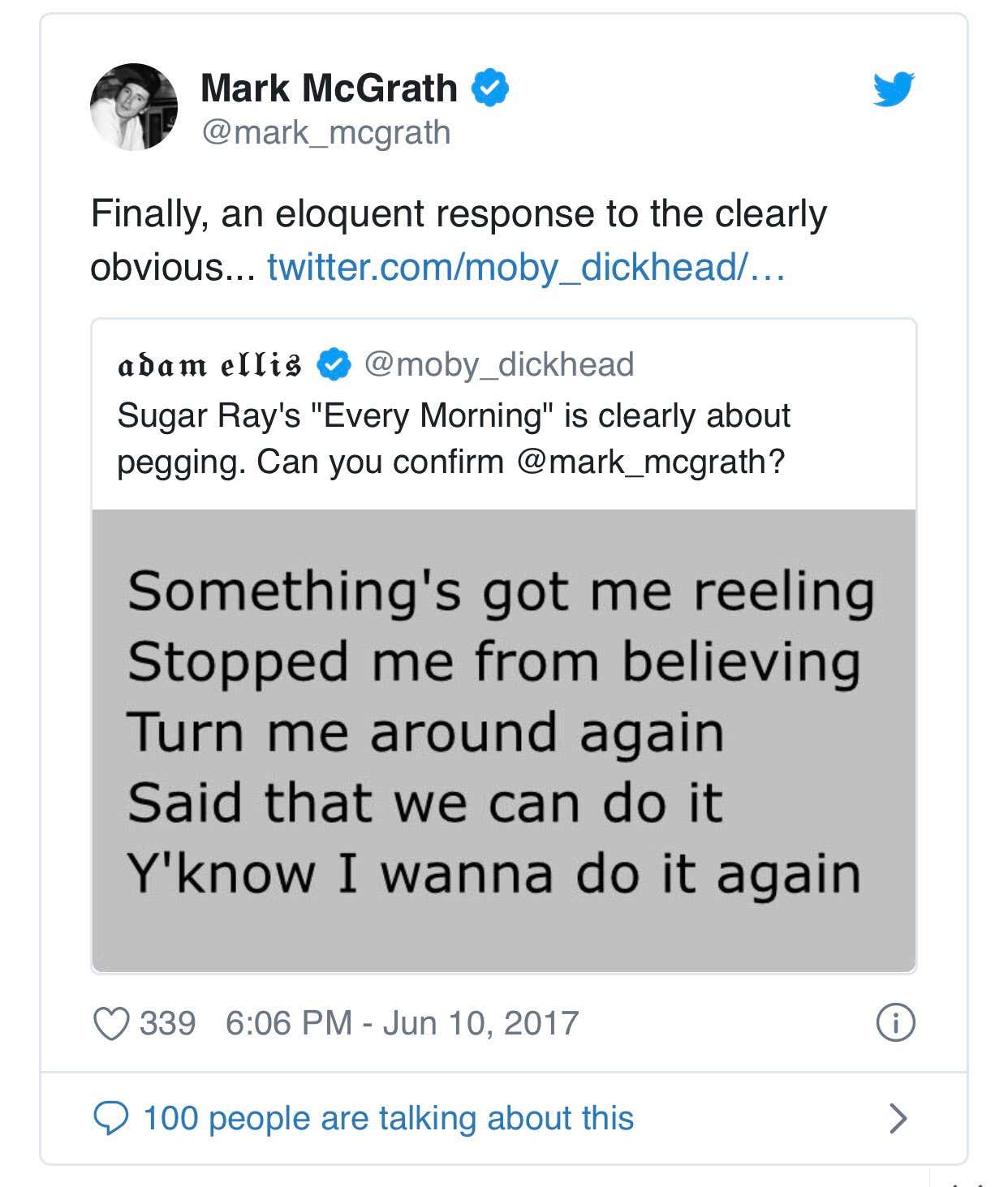