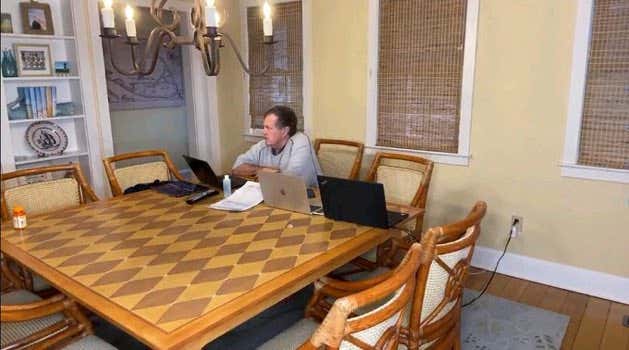 Any time a man has a profound effect on history, certain myths spring up around him. Myths that are often pervasive and hard to debunk once they've settled into the public consciousness. Be they revolutionaries, business moguls, empire builders or world leaders. The Scots believed William Wallace was seven feet tall, killled men by the hundreds and could consume the English with fireballs from his eyes, and bolts of lightning from his arse. The public believes Walt Disney is cryofrozen. And if you go to DisneyWorld, they'll try to convince you he didn't hate Jews. Hell, North Korea just recently admitted Kim Jong Un can't bend space and time. The point is, these myths about powerful, mysterious men tend to die hard.

Well there is one such man who is a revolutionary business mogul who built an empire and is a world leader. He is Bill Belichick. And certain myths surrounding him have been as hard to wipe from the public perception as any man's. Not the least of which is that he's bad at drafting. I've had this discussion almost non-stop since the time it began. From almost the time he built the Dynasty he still rules to this day. Like 2001 when he was ripped by the know-it-all geniuses in the Boston media who ripped him for drafting Richard Seymour and Matt Light instead of some wideouts who never amounted to jack squat.

It's been even worse in the second decade of Belichick's reign than the first. Take for instance the 2017 draft, in which the Pats were ranked dead last. A draft in which they made a total of four selections, none earlier than No. 83, and flipped their first pick (No. 32 overall) for Brandin Cooks, got 1,000 yards out of him, then flipped him for 2018's No. 23 and drafted their left tackle.

The point is, evaluating the success or failure of a draft isn't just adding up the picks and dividing by the "successful" ones. It's about looking deep into how a roster was built, and how well a team maximizes the draft capital they're given. Fortunately, at least one of the analytics sites gets it.

Source - But how can we really measure, objectively, how good a team is at drafting players? First, we must consider how many draft picks you have and how good those picks are. This is your team's "draft capital." If you have a bunch of high picks, that may be due to a clever GM who is good at making trades, but they are only good at drafting if they get more than an average GM does out of those picks. To see how much a team gets out of a draft, we need a measure that gives a value to all players, regardless of position, based on their actual on-field performance (not their potential, not their talent, not their time in the 40-yard dash). We can then compare how much total value a team got out of a particular draft relative to how much we would expect an average team with the same amount of draft capital to get. ...

Seattle has the top average draft return over the past decade. ... But as sure as the sun rises, the Jets remain at the bottom for the last five years as well, without a single year even approaching average.

The most surprising numbers here (although maybe not to Tom Brady) are the last three years for New England. Their 2017 return is the worst for the whole decade at just 0.71%, but their results in 2018 (at 2.07%) and 2019 (at 1.54%) have been terrible as well. That puts New England at sixth-worst in the last five years (they would easily be the worst for the last three years). Has the master lost his touch? Or are there a bunch of young players in New England about to become valuable starters?

Teams like Seattle and New England still got a moderate amount of draft capital (23rd and 24th), despite never getting high (or even middle) picks because they continually traded down for multiple lower picks to increase their total draft capital. ...

If you look at the top teams on this list, you see a lot of well-run organizations with a lot of stability: Seattle, Green Bay, Dallas, Pittsburgh, New Orleans, Baltimore, Kansas City, New England. It seems like Dallas has done a great job of drafting, but they haven't really had the success these other teams had. Maybe their coaching wasn't that good? We can also see how badly New England has drafted in the last three years. It doesn't look quite as bad as the raw numbers, but it's still very bad, easily the worst in that time. But over the last five years, they are right about at average, so maybe things aren't that bad?

To review: Belichick, Nick Caserio and Nike the Dog get poor grades for the drafts of 2017-19. Like I said, they took a pass on '17. In '18, virtually their entire class ended up on IR with the exception of Sony Michel, who had one of the best postseasons ever by a rookie RB, with six TDs and a 112 YPG and oh yeah, a ring. The Class of '19 also had an unreasonable amount of injuries, most notably to first rounder N'Keal Harry. But it netted them their punter, plus Chase Winovich and the new franchise quarterback. While this specifically states Football Outsiders evaluates by performance only and not other factors  - as well they should - the rest of us can take that into consideration.

And yet for all those bad grades over the last few semesters, the overall GPA is very good. Eighth in the NFL. In spite of those failing marks.

If Belichick's system of college scouting was as bad as everyone is in the habit of repeating, his team would be the Jets. But the fact is, he's typically going into the draft with as little capital as any GM in the league, and still manages to be in the top 25% over the course of the last decade. With the chance to get much more out of his recent drafts from young players who have lost time to injury and are expected to move from depth to rotational to starters.

That's been my opinion all along. But now I have the science to back it up.