Since the beginning of time, people have always looked for indicators.

Ancient man looked to the stars to predict the future.

Sailors relied on the moon to forecast the weather... "Red sky at night, sailors delight."

Single people still rely on certain scents to prognosticate whether or not they should put their mouths on another's genitals... "If it smells like cologne, leave it alone."

And the financial world is fucking chock-FULL of indicators that signal the right time to buy or sell a security.

Technical analysts (chart readers) have always had the best collection of terms to describe when the stars aligned for investors.  When certain moving averages would cross-over other moving averages on a chart, they would call that a "Golden Cross" and it indicated a stock was a back-up-the-truck BUY.

Other charts would start high, bottom out for a bit and then move higher in what was often referred to as a "Teacup Formation".

I was never a trader who relied on charts, but I was always a person who loved expressive idioms, so if a sales trader was to ask me why an issue was moving higher or lower, I would often make something up.

Why am I telling you all this?

Well... Because a good friend of mine that I used to sit next to on a trading desk in 2009 sent me this little screenshot... 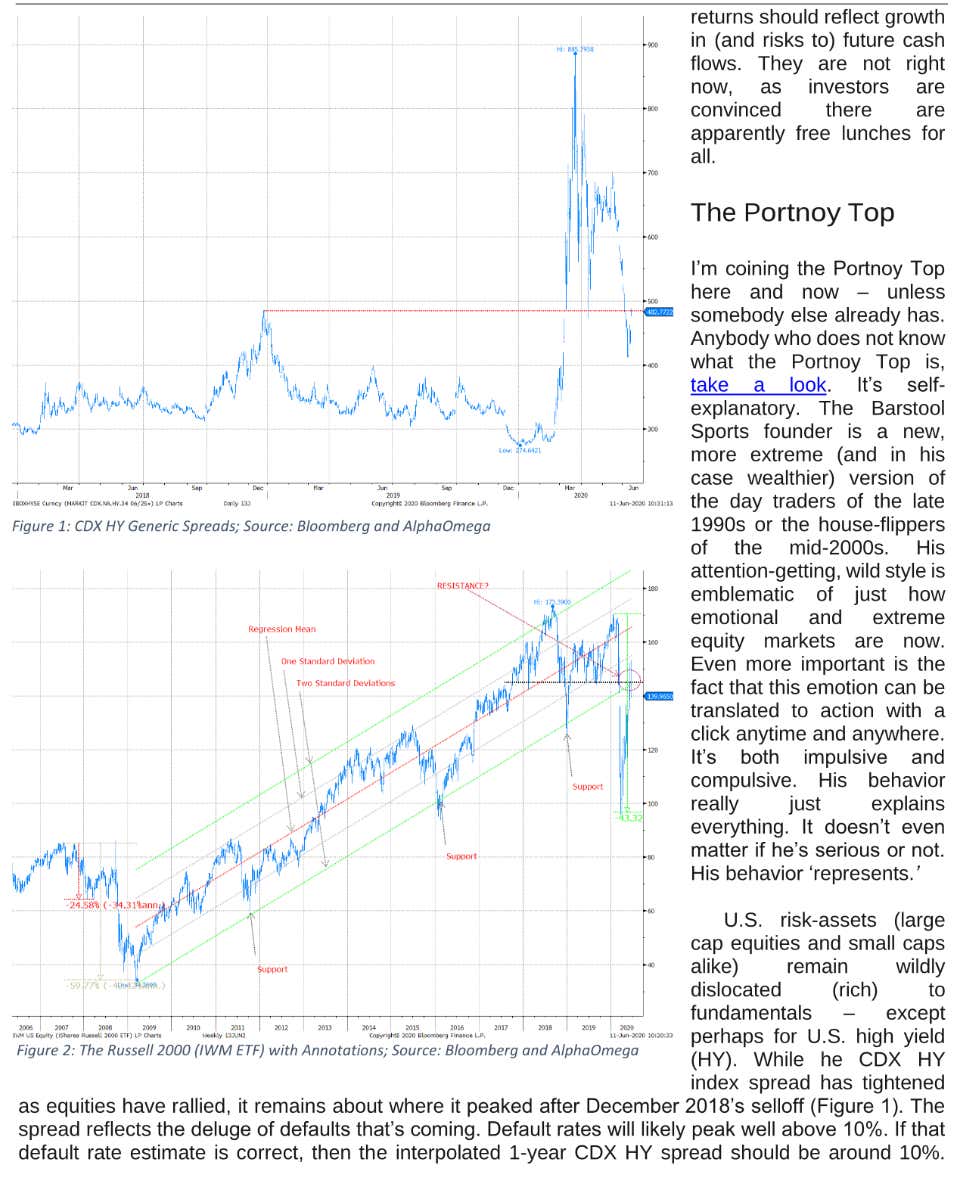 Apparently, this was written by an analyst named Peter Cecchini... I don't know Peter, so I can't speak to his track record.  And to be 100% honest, I didn't read what he had to say about Dave beyond what this screenshot yields.

What I do know is that I still have a lexicon of Wall Street terms that I keep at the ready just in case I run into a herd of fleece vests on the streets of Midtown Manhattan, and that lexicon just got 1 term larger.

I also know that having your name tied to a Wall Street term is probably the highest honor that can be bestowed on an individual.

Though commonly used around open outcry floors, this rather innocuous phrase reached an unusual level of notoriety around 2006 to 2007 when a blogger began anonymously posting on the website takeareport.com (no longer in use). The website was very popular for its humor among industry readers who could relate to its anecdotes. However, much of the humor was crude and considered offensive by some.

Though the author was anonymous, the notoriety that the blog brought earned him an invitation to deliver the keynote address, using his nom de plume "Large," at the Dallas Security Traders annual convention. Unmasked, Michael J. McCarthy, who was an executive with Citibank at the time, found himself promptly fired from his position at Citibank. The events and the story elevated the blog to legendary status for a time.

Congrats, Dave!... And welcome to the club.