Tonight the Detroit Tigers will more than likely select ASU first baseman Spencer Torkelson with the number one pick in the MLB Draft. The early read on him is that he has the best offensive upside heading into the draft since Bryce Harper. Dude is a right handed first baseman who just hits bombs. During his first year at ASU he broke the freshman home run record held by some guy named Barry Bonds. You break any record held by that man you are automatically a superstar in my book. His scouting grades across the board project him to be a monster. 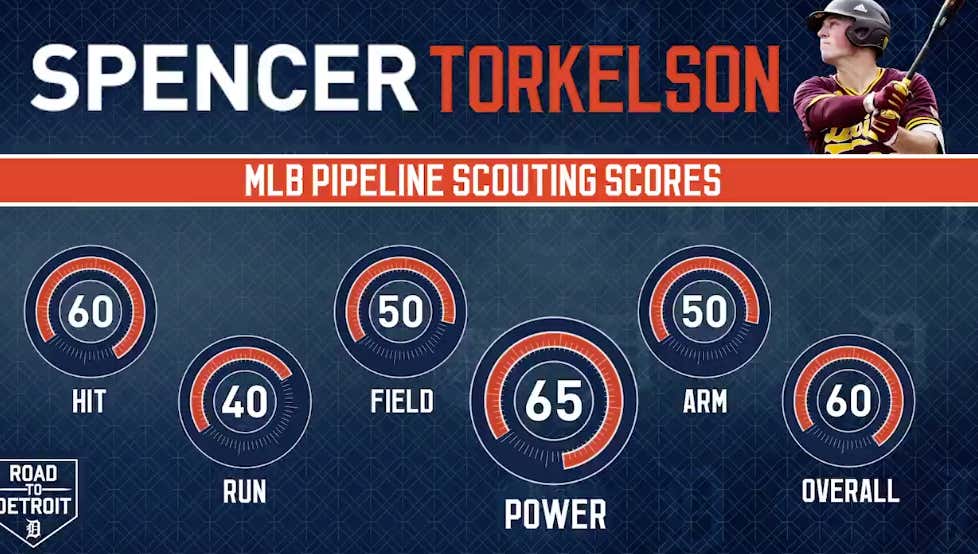 Other than being really good at baseball and having a great name, Spencer kills rattlesnakes and loves dogs. Those two facts boost his stock up even more.

The Detroit Free Press has this quick story about the snake.

“That cowboy hat is pretty special,” Torkelson said in an interview posted on NCAA.com. “I was fishing at a lake. I don’t want to get into too many details. There was a rattlesnake. And somehow, the rattlesnake skin ended up on my hat as a headband.

“It tried to kill me, so it got killed.”

It tried to kill me, so it got killed. I usually use that sentence to describe a battle I have going with a fly in the house. I got one coming out of the shower today and felt like I was in Seal Team Six for a second. If a snake tried to kill me I would run for the hills and call animal control. Under no circumstance would I muster up the balls to take on a rattlesnake mano a mano. I lose that battle 10 times out of 10. Spencer Torkelson kills the snake. That's why he's the number one pick and a lock to be a Hall of Famer.

Torkelson customized his cowboy hat with the skin of the dead snake. Power move if I've ever seen one. I hope he wears that hat tonight. 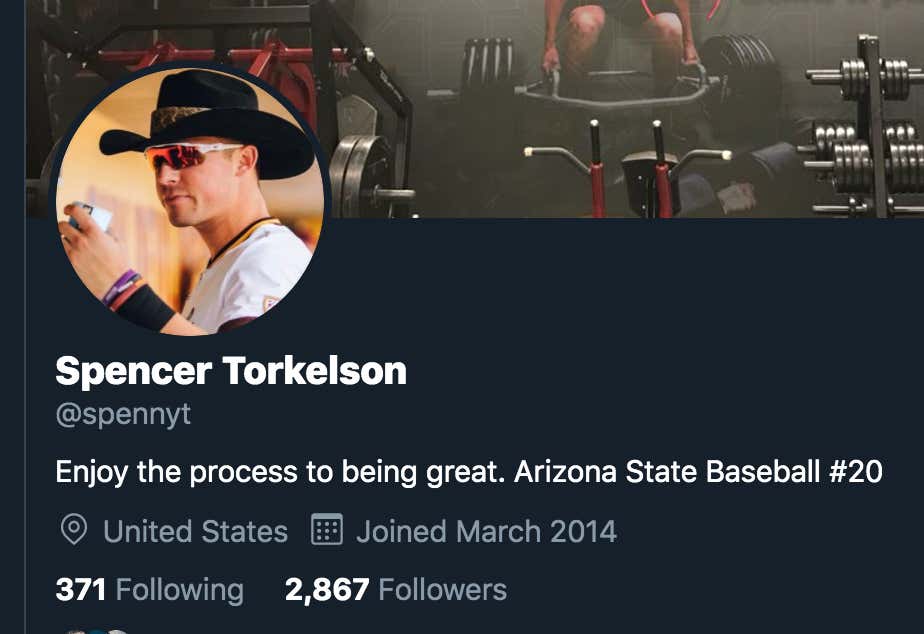 Oh and despite the profile picture, he doesn't really use Twitter.

Torkelson is not big on social media — he rarely tweets.

Incredible decision. Crazy to me athletes don't wipe their accounts or even use them at this point in the world.

So in summary: Better than Bonds, hyped up like Harper, kills rattle snakes, loves dogs, hates Twitter. The way I see it, the only way Torkelson doesn't go on to be a stud is if the Tigers curse him since they're the Tigers.