It's obviously tough news to hear that Federer won't be playing tennis at all in 2020. Another knee surgery for a soon to be 39 year old in tennis sounds like a death sentence, but not for Roger. Most would just hang em up, but he'll be back. If there was ever a year to get hurt and rehab your body I think 2020 is the one. This is the year to have Tommy John surgery for a pitcher or to tear your knee up in football or rupture your Achilles in basketball (KD). Missing almost zero time with those injuries is a miracle, but that's what some athletes are looking at with how fucked sports have been.

Fed is turning 39 in August with 20 slams under his belt. If 2020 were going as scheduled he was already going to miss the first half, and possibly more. Now who the fuck knows what the tour is going to look like when it resumes and when that will happen. He can use the rest of the year to rest and relax while everyone else goes nuts with this fast-paced leaked schedule. This came out yesterday from a player's insta story showing the proposed WTA schedule. You would think the men's schedule would coincide with this as well meaning the French and US Open would be played within 3 weeks of each other. What a shit show this would be. Awesome for the fans because it would be non-stop tournaments, but the players would be put through the ringer. Granted a lot of these guys need the money since they've been making zip over the last few months so they probably want as many tourneys as possible. 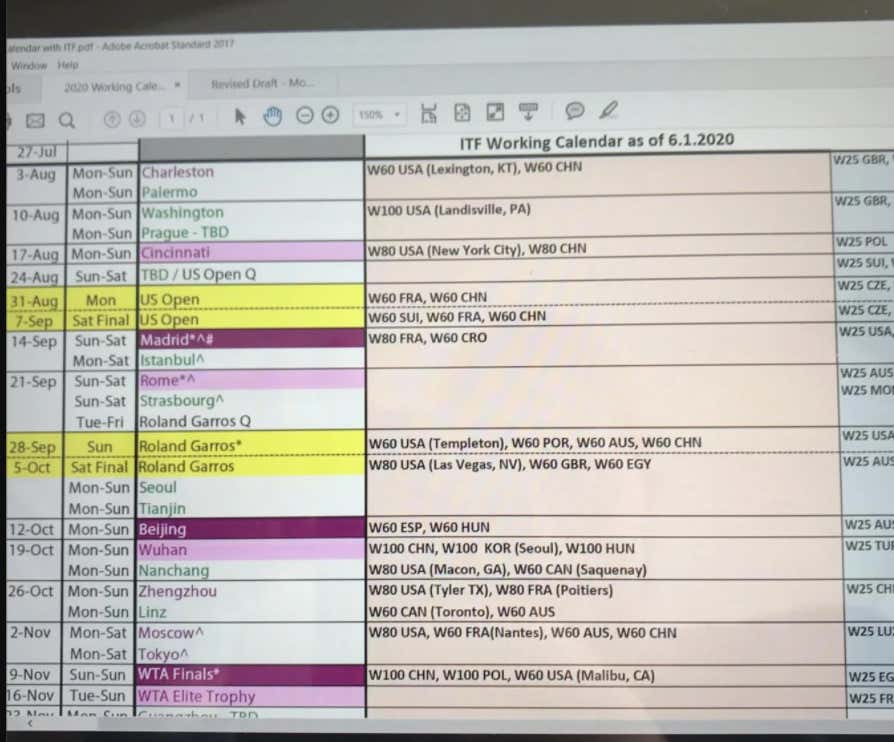 Bitch boy Novak Djokovic came out today and said he's likely skipping the US Open because of how they're limiting the amount of people you can bring with you. With no Fed or Djoker, Rafa might be in a prime spot to hoist some hardware. If not him, then those tournaments could be wide open for a first timer. It could be pretty sick.

Also how about a tournament in Wuhan in October? Of all the places right now? Really? I know everything is more under control right now, but that city is cursed for the rest of time as far as I'm concerned.

Anyways, Fed winning his 21st grand slam in 2021 has a nice little ring to it. Last time he had a lengthy lay-off because of injury he came back and won the Aussie Open. I would like him to use the same strategy here.