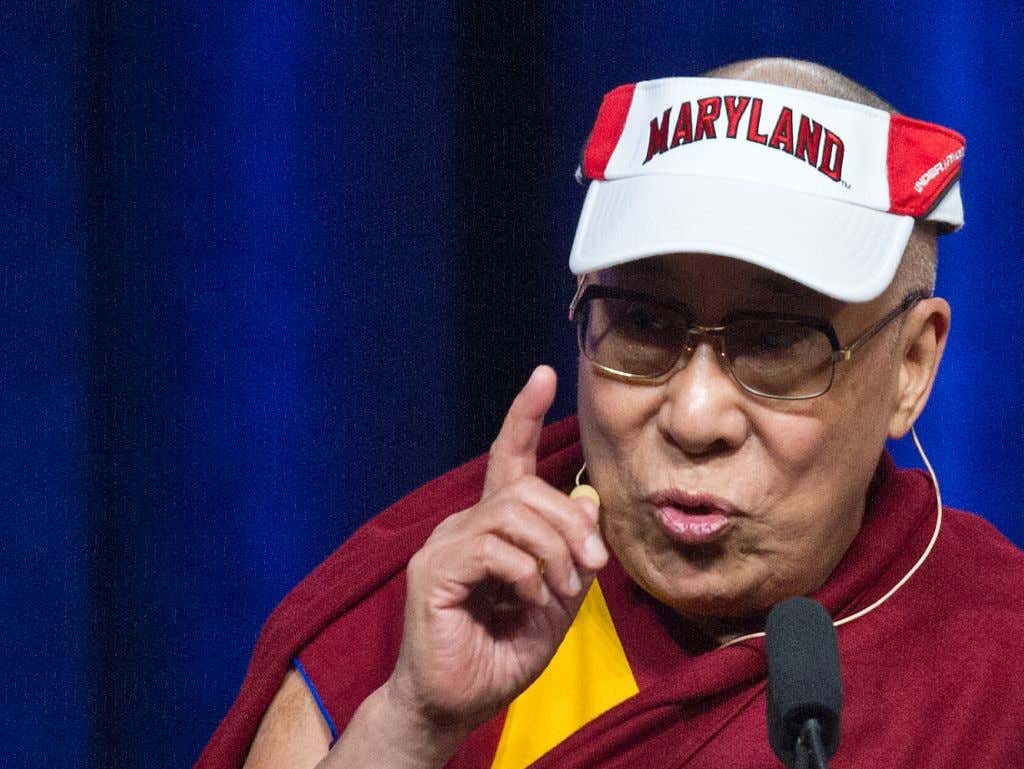 USA Today - Stressed out while working at a bank in New Zealand, Junelle Kunin began searching for music paired with teachings from the Dalai Lama to calm herself down and allow herself to focus.

That’s when the musician and practicing Buddhist proposed an idea to The Office of His Holiness the Dalai Lama: Let’s make an album fusing music with mantras and chants from the Tibetan spiritual leader.

Five years later, “Inner World” is born. The album featuring teachings and mantras by the Dalai Lama set to music will be released on July 6, his 85th birthday.

The 11-track project will be released in conjunction with a companion booklet.

The LamGAWD! Go Lama, it's your birthday! Fucking love this guy. What does a guy who has done it all do? He fucks around and releases a mix tape on his 85th birthday, that's what he does. Rise Lama Rise! It doesn't get much better than this. Not since the Lil Jon & The East Side Boyz proclaimed "To the window, to the wall, til the sweat drop down my balls" has someone come into the music game this red hot. Is the Lama going to single handily save the music industry post-corona? It looks like it. Dude might fuck around and do a world tour. Maybe Drake can open for him. Maybe. Not sure he's big enough. We'll see.

July 6th is a day we'll be telling our kids kids kids about. There is the day the music died, and there is now the day music was re-born again. D-La is about to bring that fire.