MLB Trade Rumors —DeWitt rejected the idea that declining salaries were tied to more profits: “don’t think for a minute that the reduced payroll added money in the pockets of the owners because it didn’t.” Citing the growth of non-player personnel — from 240 to 400 in the past six years, he says — DeWitt claims “It’s a bit of a zero-sum game” because “a lot more is put into training, conditioning, promotional work, front office, analytics.”

But DeWitt insists, against all reason, that “The industry isn’t very profitable, to be quite honest.” It’s rather a remarkable quote.

I feel like I've been one of the few people who has insisted the players share some blame in the ongoing labor dispute between the MLBPA and owners in trying to negotiate terms for a 2020 season. They haven't exactly helped the situation in trying to make a baseball season happen. But after reading this quote from the chairman of the St. Louis Cardinals, the owners can go get fucked.

Baseball isn't a profitable business? How could anyone say that with a straight face? Professional sports franchises may be literally the only businesses which have never gone down in value.

Bill DeWitt bought the Cardinals for $150 million in 1996. Anyone want to venture a guess what the franchise is worth right now? 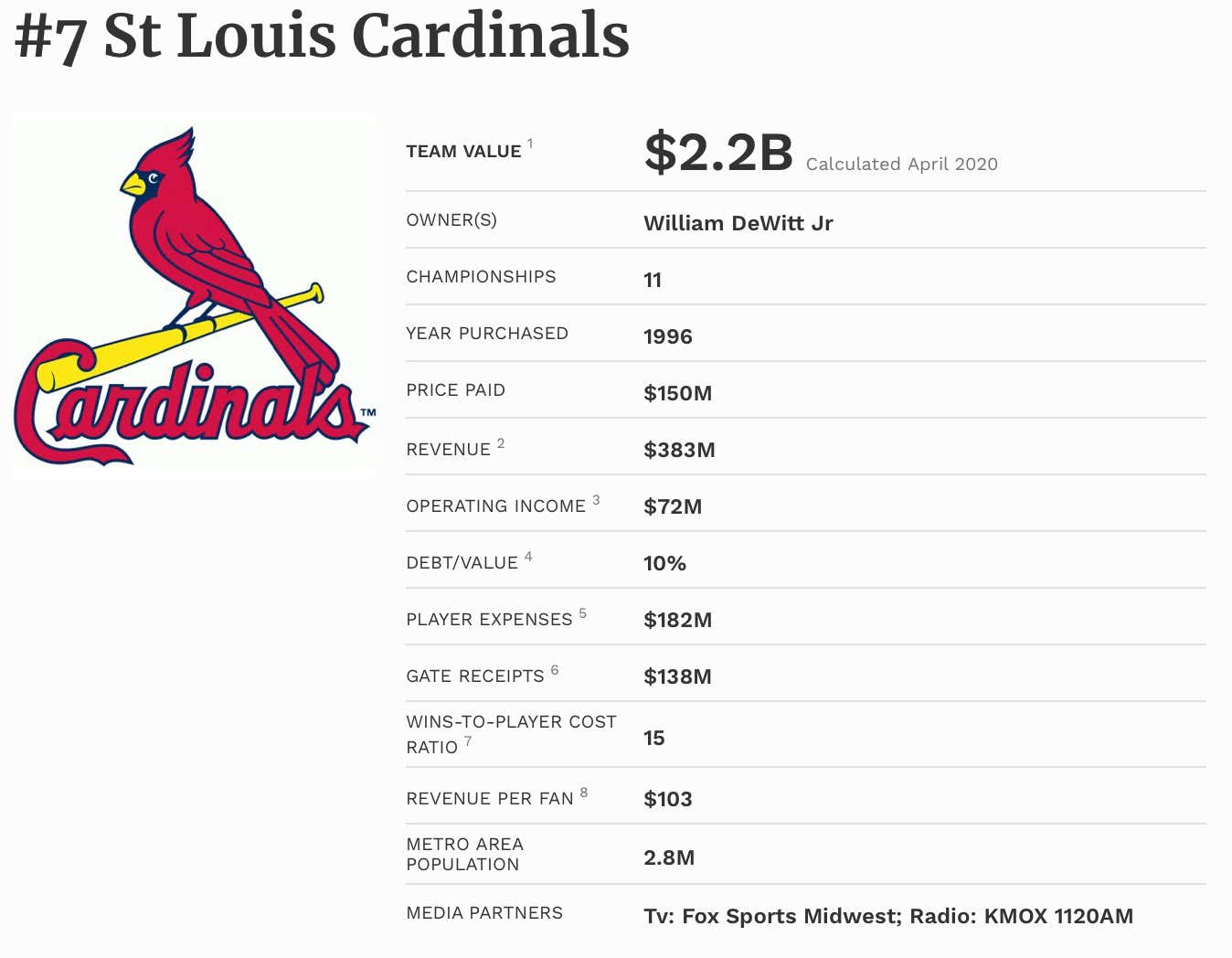 That's right, guys. The business that is "not very profitable" has only netted a modest $2 billion in the last 24 years. But they have to pay for promotional work and analytics, remember?!

And even if DeWitt believed what he was saying — which he absolutely does not — he would be calling himself and his fellow billionaires idiots for investing in such businesses. But I'm pretty sure nobody who has ever bought a professional sports franchise has lived to regret it.

Even if I'm still not thrilled with either side in all these negotiations, I will henceforth retract any criticism of the players, because I can only imagine how pissed I would be if I was dealing with a billionaire who claimed his $2 billion company wasn't profitable. That shouldn't be legal to say out loud.

I always knew everybody involved with the St. Louis Cardinals was an asshole, but I didn't know it was quite this bad.