Got this text from a buddy in China yesterday.

This is reference to the time I was brought to a police department in Shanghai after I danced on the court with the cheerleaders at a Shanghai Sharks game (go to 2:36 of the below video if you don't know what I'm talking about).

I was never placed inside an actual jail cell but had to sit directly in front of one while the cops tried to find someone who could speak english. Here is a picture I took of one of my "cellmates" while I waited. 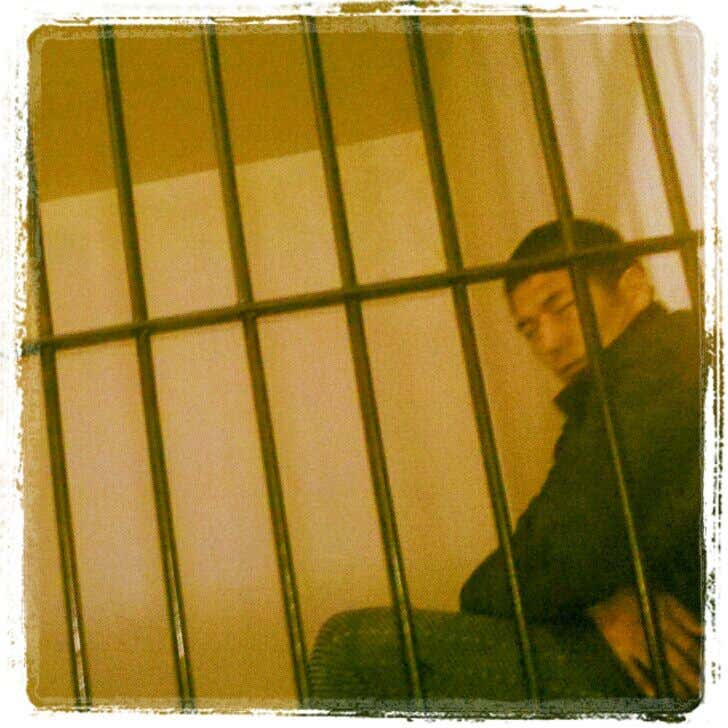 Finally a cop who could speak english walked into the room. After confirming that I did in fact have a valid Chinese visa, the rest of our conversation went like this:

At the time I chalked up my lenient treatment to white privilege and the fact the cops just didn't know what to do with me. But now I'm hearing the order to let me go came straight from the big swinging dick in the fortune cookie factory! YAO MING! (they don't actually eat fortune cookies in China btw). The only reason I went on the court was because I felt the cheerleaders needed some help getting the crowd amped up in the midst of a tight play-off game. Yao Ming must've realized this and when my pump-up dance worked and the Sharks ended up winning the game, he saw to it that I wasn't punished for my heroics. What a stand up guy! Must be why he was willing to dap me when I ran into him court-side a couple years later. (P.S. my line of dialogue in this clip really upset my mother. sorry mom).

Yao Ming may have sold his ownership in the Sharks to become the CBA commissioner but he'll always be a Shark in my book. Unfortunately though, the Shanghai Sharks won't always be Sharks on paper as Yao Ming sold the team's naming rights to a video streaming website called Bilibili in 2016.  I'm still not over that actually. WTF Yao?

(QZ) The team announced  on Oct. 13 2016 that it has been renamed “Shanghai Bilibili,” under a naming rights deal with Bilibili, a Chinese video-sharing site themed around anime, comic, and game fandom (though the team’s shark logo still appears everywhere from the jersey to the arena floor).

Terms of the latest naming deal were not disclosed, but is estimated at (link in Chinese) 15 million yuan (about $2.2 million) per year.