One thing people keep saying to me this week about Sammy Sosa is that he sucks because he corked his bat that one time. For all the time I've been demanding answers about his informal ban from the Chicago Cubs, people love to just keep coming back to that.

Remember that time he corked his bat, dipshit?

Yes. And dipshit is an excellent word that can bat 7th in most lineups but I digress.

Point is people love to use his corked bat "allegations" as a reason to tarnish Sammy's legacy. The reason they do that is because Sammy Sosa never failed a PED test meaning there's no objective evidence he ever cheated otherwise. All critics have is the corked bat, and they love to wave it in my goddamn face like some kind of napoleon complex trophy. You'd honestly think he fucking killed somebody with a corked bat by the way people talk about it.

One thing you won't hear from critics though is how Sammy basically put an end to corking bats. What you likely didn't know prior to this blog is that only six (6) players in MLB history have gotten busted. The last? Slammin Sammy Sosa according to our good friends at Wikipedia: 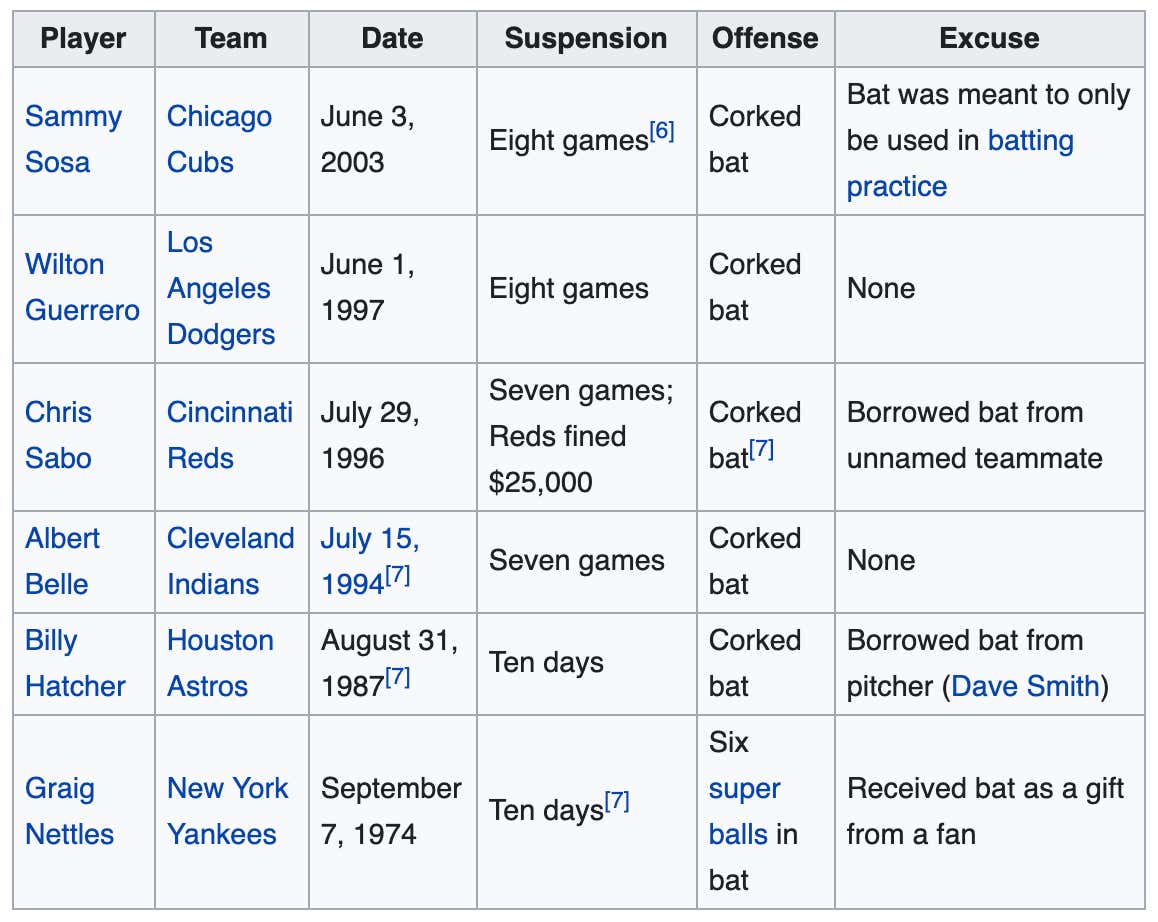 17 years later and there isn't a corked bat in sight. Just a bunch of electric buzzers and shady monitors and trash cans and dudes mainlining horse roids and Jeffrey Epstein's cover up. So many more questions that no one wants to answer but you'll gladly alienate Sammy for actually helping the game. Makes zero sense to me as we continue our march towards letting Sammy Sosa back into our hearts.

Some other notable items about that list of proven cheaters:

- Of course Albert Belle offered no excuse. Guy corked his bat because he fucking wanted to next question.

- Graig Nettles is such a pussy for that excuse but also one of the most severely underrated infielders OF ALL TIME. Not joking look it up

- Chris Sabo played next to Barry Larkin at the University of Michigan. He got drafted in '83 then Larkin in '85. They went on to win a World Series and make 3 All Star games together. Pretty cool legacy to stack against this all time classic: