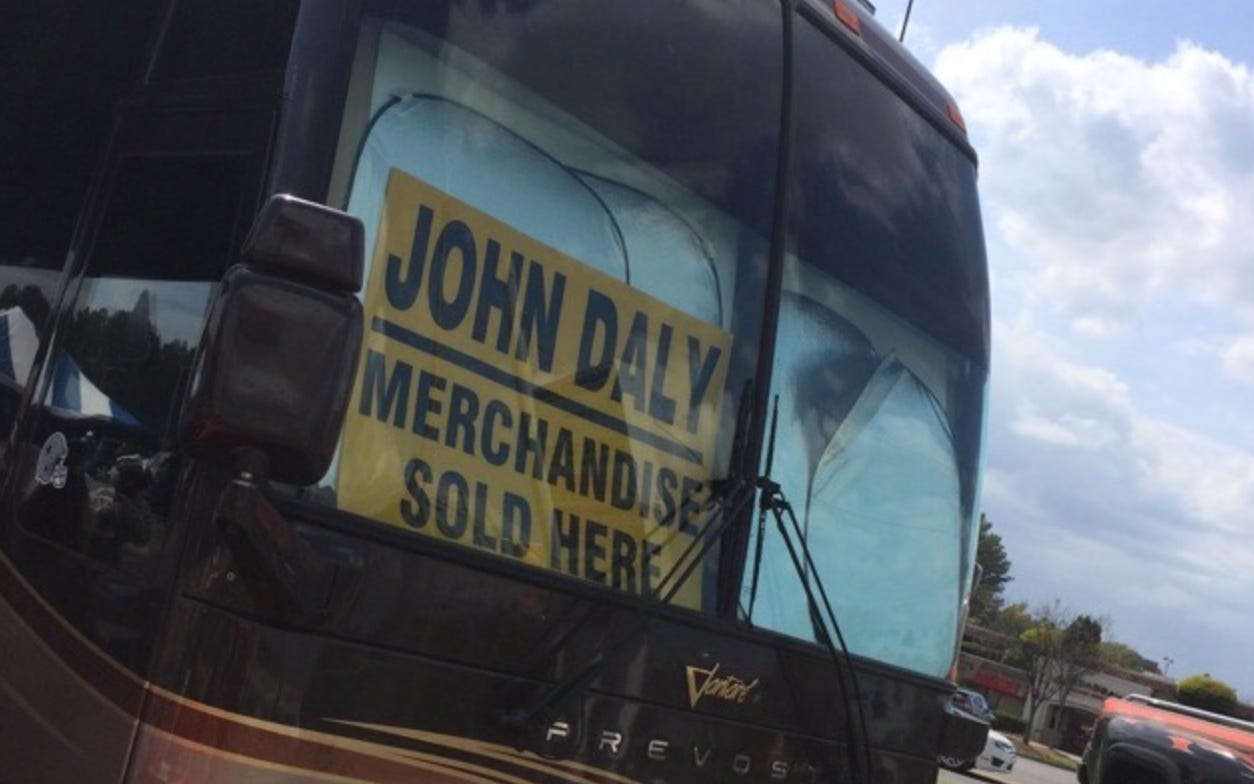 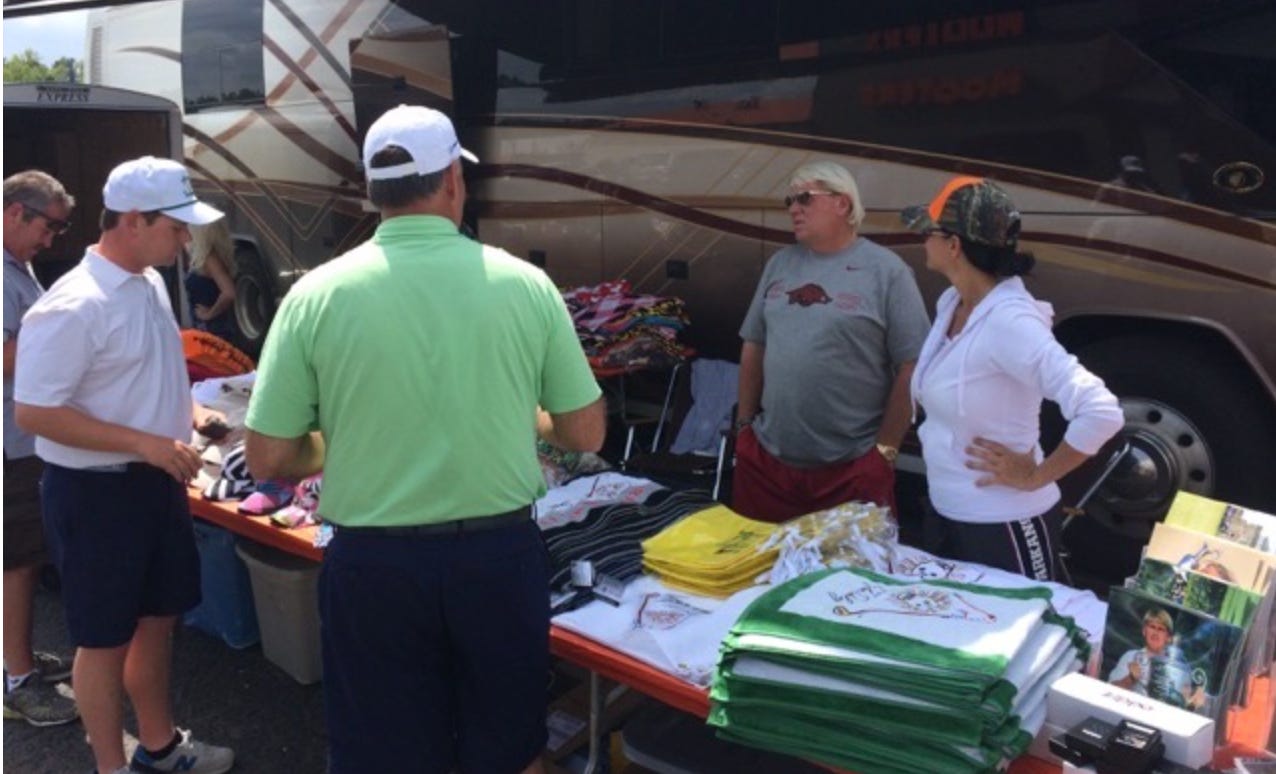 CBS Sports- We didn’t know whether Tiger Woods would make it to the Masters this year. It was a good bet that John Daly would, though. Daly is once again set up on Washington Road outside the gates of Augusta National. He’s moving merchandise (how about that shot of him holding the PGA Championship trophy in the photo above [bottom right]?) and taking pictures with fans. Daly hasn’t played the Masters since 2006, but it seems like he’s a more consistent figure there than most tour-playing golfers. A tradition unlike any other.

The best.  He’s the goddamn best.  I hope he never changes.  Dude hasn’t played in the Masters since 2006 but he still shows up every year to slang merch, hit on Hooters girls and interact with the people.   Legend. 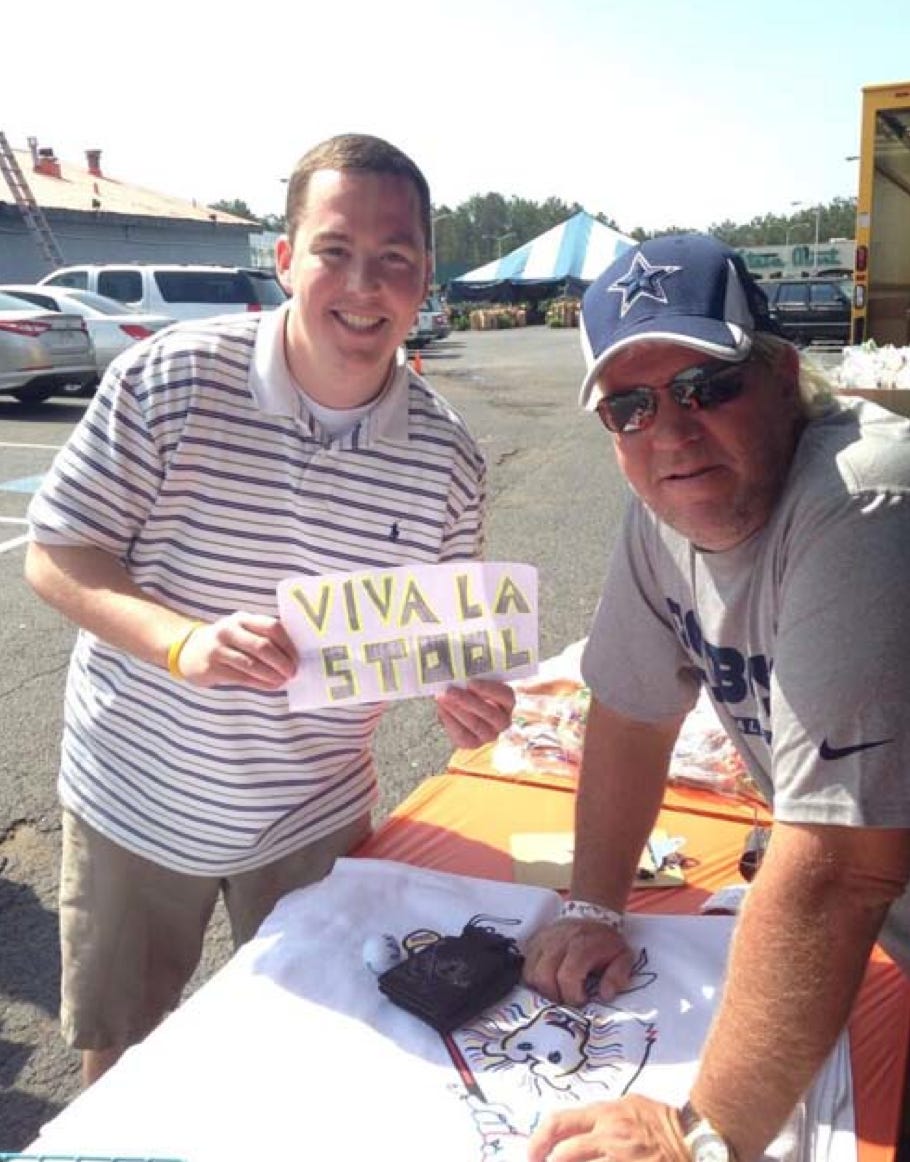