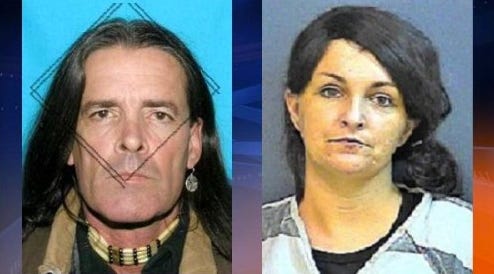 911 - According to SPD Detective Kevin Bush, 28-year old Amanda Lynn Wells of Sevier County and 53-year old Lawrence H. Bond of Morristown both have active warrants charging them with aggravated robbery and especially aggravated kidnapping. (PHOTOS ATTACHED.) Mr. Bond also has an ACTIVE WARRANT FOR AGGRAVATED SEXUAL BATTERY. The warrants all stem from an incident in early March 2015 wherein the two suspects allegedly kidnapped a 26-year old man in an attempt to steal money from him. During the incident, Mr. Bond reportedly held a gun to the victim’s head and threatened to kill him. The aggravated sexual battery charge for Mr. Bond accuses him of holding a gun to the victim’s head and ordering him to masturbate.