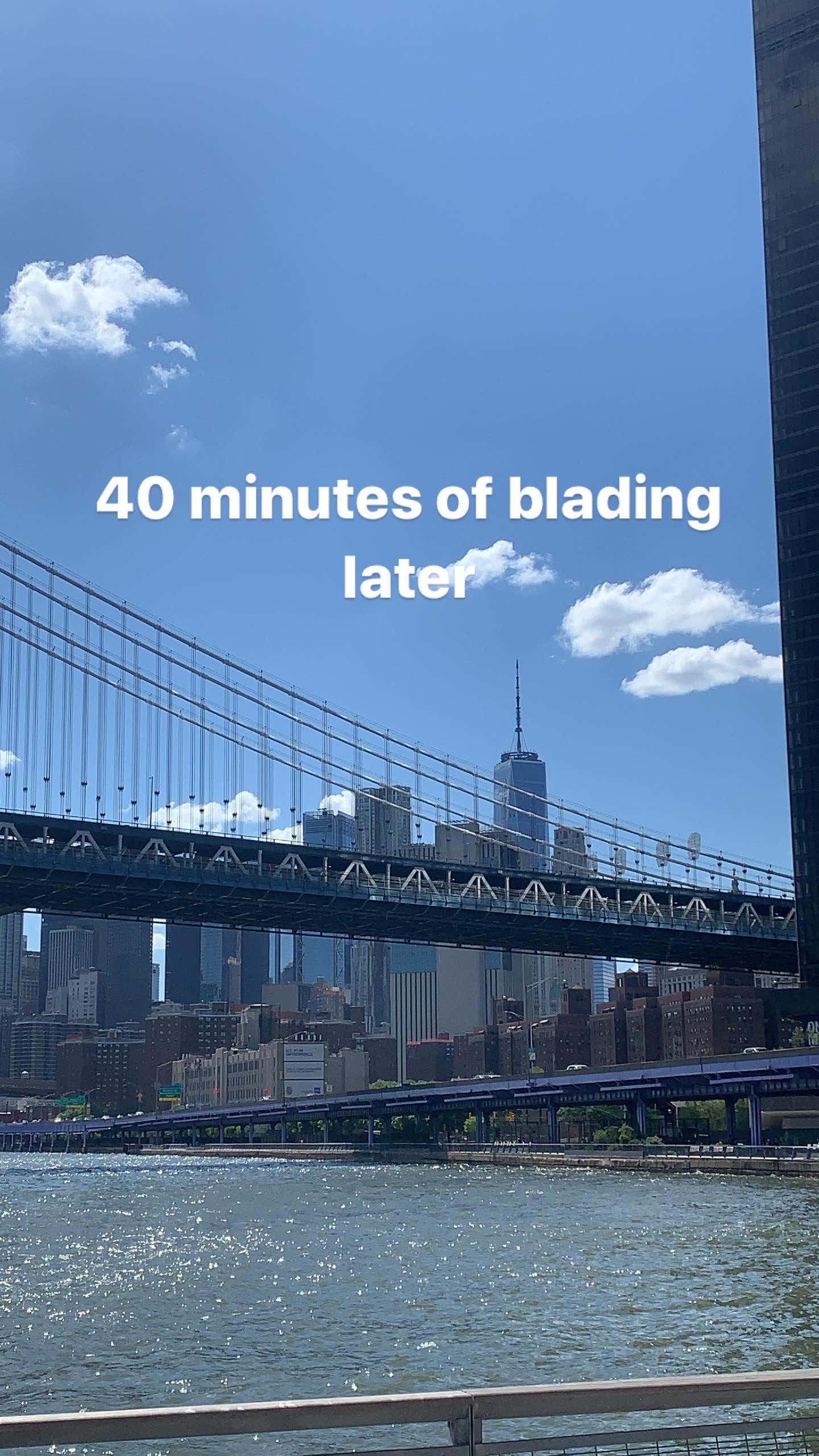 I am a 31 year old man with shitty knees. I mean my knees SUCK. My left knee has been in throbbing constant pain for the better part of the last 5 years. Pretty sure if I got it checked out they'd wonder how I've been walking around on it all this time, it's constantly in that much pain.

Whenever I try to run, I can barely do a few miles before my left knee acts up so much it becomes impossible. I try to push through like the warrior I am but there is clearly something very wrong with it.

With gyms closed, I thought I was shit out of luck in terms of moving around, exercising, getting cardio in, etc. Walking is for the birds, running turns my knees into cabbage, and I guess I could buy a bike, but I never considered that a viable option because I have nowhere to put a bike in my NYC apartment.

So what can I do? I didn't know..until Mike Grinelli hit me up. He asked me if I still had my skates (I've been playing inline hockey basically my whole life, but haven't played since I moved to NYC). I said yes. And he said sweet, let's blade.

Now, I was hesitant. Roller blading? I mean I have them to play hockey with, but blading outside? In the city? Never considered it.

I could talk about how the second you stop caring what other people think is "cool" is a very important moment in your life and frees you to be your own individual, unique self, but that's for another blog. So I told Mike "yeah, that sounds great" and pulled out my skates for the first time in years.

And let me tell you, it was wonderful.

You can skate all round this city on nice paved paths. You see all the buildings, all the views, and you're right there on the water. It's beautiful. Plus skating is great cardio, a full body workout, but won't fuck up your knees. Much easier and much, much more fun than running. Just put on some tunes and roll with it. A dream come true.

I can't believe I've been walking (or Ubering) to the office this whole time. The amount of money I've wasted on Ubers is a number I don't want to even think about. The amount of times I've wanted to go for a run but haven't been able to because my leg felt like it was going to fall off, I coulda been blading.

I'm so glad Mike got me into the #BladeGang. A quick 10 mile loop around the city is nothing and burns a shit ton of calories in the process. My only regret is I didn't do it sooner.

So my recommendation to you is if you have a pair of blades, slap them on and have a skate. If not, they are fairly cheap to buy. Getting in cardio that doesn't destroy your body is the greatest. Legit might save my life. It's easily the best decision I've made during quarantine.