There are two parts of my Mets fan brain currently in a bench clearing brawl with this report. The part of my brain that uses logic and reason thinks that bringing Matt Harvey back to this clownshoe franchise is doomed from the start. The Mets may be great at PR catastrophes and losses that gut their fanbase. Yet they may be best at fucking up reunions with ex-players that have significantly less juice than their first go-round in Flushing. I've seen it play out with guys like Jeromy Burnitz, Roger Cedeno, Jose Reyes, and most infamously Bobby fucking Bonilla. But bringing back a guy who had off the field issues to go along with the two massive arm injuries he sustained that caused his career to go off the rails seems doomed from the start before the Wilpons can get their hands back on him again.

HOWEVAH, the part of my brain that ignores logic and reason and pretty much anything that can considered near intelligent because it views everything through orange and blue colored glasses wants to see this reunion take place just because I remember how wonderful Harvey Days were before shit hit the fan. Not just because we had a dude that could shut down bats every 5 days taking the bump but because that dude was one bad mamma jamma that made us actually excited to be Mets fans after slogging through years of shit. 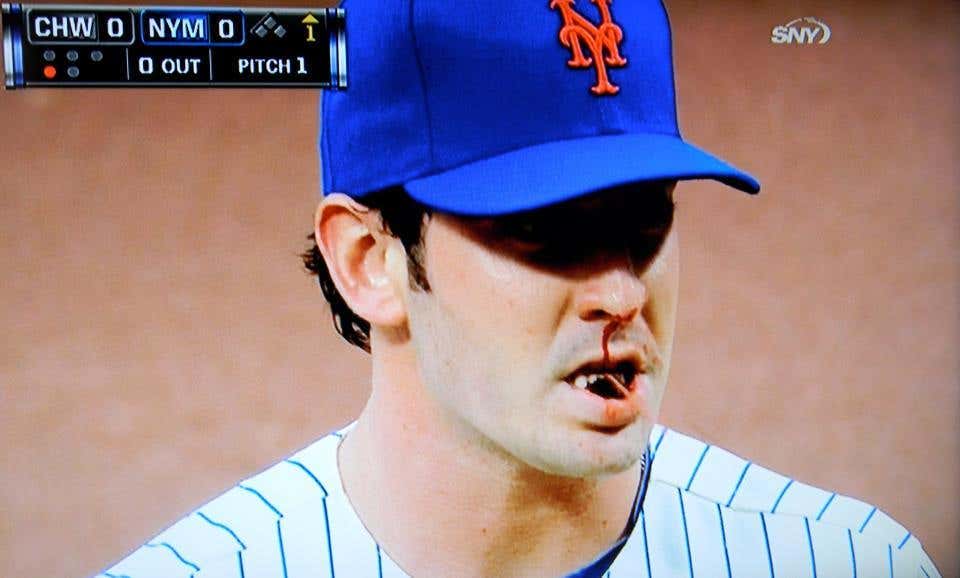 To be clear, this is also the part of my brain that keeps me rooting for the Mets with all my heart knowing they are just going to rip it out of my chest, wipe their ass with it, then throw it in the Flushing Bay and will have me hoping for a Bartolo Colon comeback until the day Big Sexy leaves the Earth for Super Heaven where only the best souls on Earth go. Nonetheless, I've always been a sucker for nostalgia and can always convince myself that every former starter that had great stuff can become a great reliever simply because it's less work because I am a big fat dummy. I also just read this great oral history of Matt Harvey's rise and fall with memories so thick I had to wipe them from my face.

I know Harvey failed with the Angels and is probably too scared of the NC Dinos bats to go to Korea. But if Tim fucking Tebow can get a permanent invitation to the Minors for being a great football player and even better person, Matt Harvey deserves an invite for being the guy that actually had us believing again and went against doctors orders to try to deliver us a World Series back in 2015.