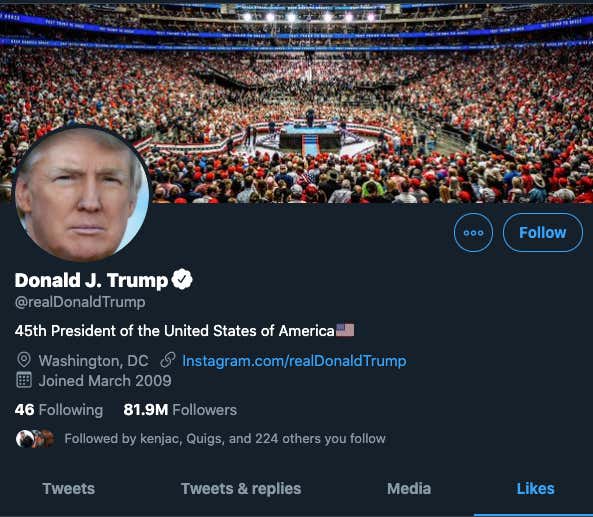 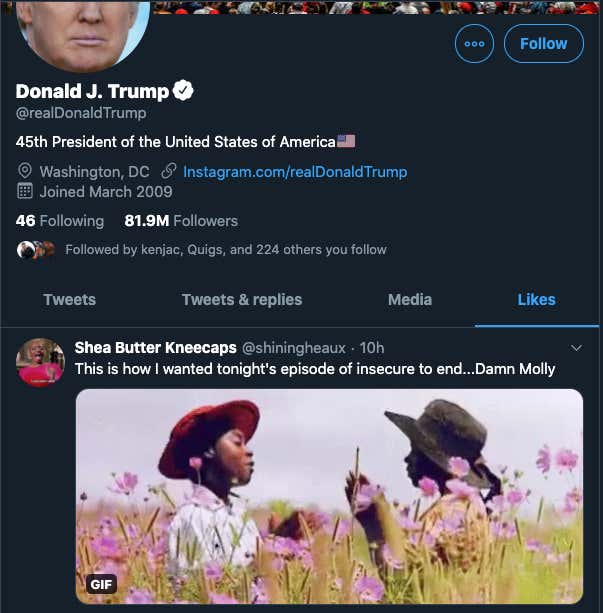 Chess and checkers, folks. I don't know what show this is but now I need to watch it and see what's going on. If the President of the United States is telling all of his 90 million followers that there is only one tweet in the vastness of twitter that he likes and this one is it, then I trust Shea Butter Kneecaps' recommendation. I just do. There's no other way of putting it.

That being said, how did Insecure end? Did it end badly? If it ended badly, Im not sure I want to get into this show just to be disappointed. I can't do that right now. Nighttime television is my only escape from the real world and I need that to be filled with laughs, intrigue, or thought-provoking dialogue. Essentially, Schitt's Creek, The Great, Killing Eve, and the West Wing are all I watch but I might have room for Insecure too. I dunno. Need to wait and see what ole Sleepy Joe is watching I guess. Probably fuckin Murder She Wrote with his old ass. SMH