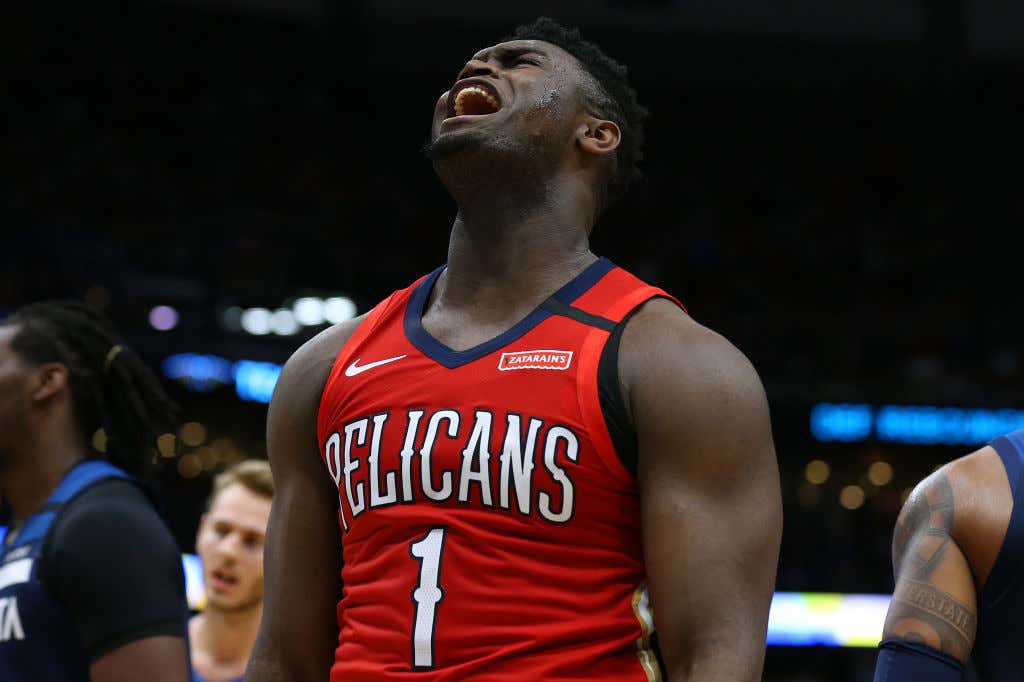 Since the NBA made it very clear they wanted to find a solution in their return to play that gave us a chance to see Zion/LeBron in the first round of the playoffs, I figured it was a good idea to remind everyone why the league wants that to happen. You may have forgotten since it's been like 89 days since the hiatus that this dude names Zion is actually pretty decent at this sport called basketball.

But will it matter for the Pelicans? Not if they haven't spent this break figuring out how to play defense. They enter the 22 team format with the 20th ranked defense in the league and an overall negative net rating. Of the teams trying to sneak into the top 8 out West, only the Spurs and Blazers are worse on that end. They have the offensive talent, they have a legit guard defender in Jrue Holiday, but of course everything comes back to Zion. If he can show up on both ends you like their chances to get into 9th and have a play in. If not, well then it's back to the lottery only this time I don't think the league will fix it for them.