On today's Pardon My Take, Mr. Cat and Mr. Commenter welcomed on longtime recurring guest and reigning Blake of the Year, Blake Griffin. The Detroit Pistons star hopped on the show to discuss this year's upcoming BOTY competition, the NBA coming back, and current events. In addition to all that, TMZ seems to have some sort of obsession with Blake, as the paparazzi have spotted him at various events over the last few months. That includes playing some hoops with his kids:

Mr. Cat: You might have been upset at the wrong person. The headline is, "Blake Griffin Airballs and Bricks Shot in Pickup Game w/ Kids... Quarantine Rust?" You quote tweeted it and said...

Mr. Cat: I'm gonna side with TMZ here, I think they got the headline correct the first time. You bricked, you air-balled, and you were embarrassed.

Blake Griffin: Was I embarrassed? Sure. Yeah. Sue me, I'm human. I have an ego just like everybody else. But, I will never admit that it's okay to record a dad and his kids at the park playing basketball... which I won, by the way.

Mr. Commenter: They didn't even include the final score!

Blake Griffin: They didn't put the final score, they didn't put final stats. Every time I got it [the ball], besides those two times, I scored. Literally, I would have to let him [son] shoot it multiple times, get the rebound, and shoot again. Just so it wasn't a complete bloodbath at home later.

Mr. Commenter: How many blocks did you have?

Blake Griffin: I had upwards of 15.

Mr. Commenter: Yeah, they didn't include any of that. I think it's fair for you to be upset about that. If you're gonna show the bad stuff, show you posterizing your son. 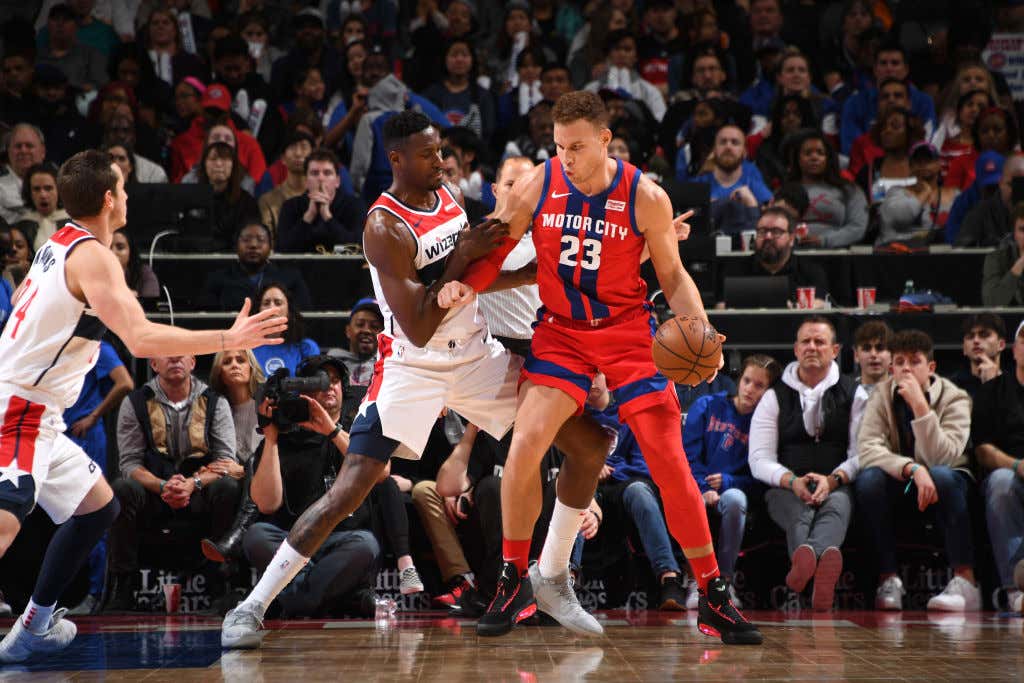 Blake Griffin: They don't want to show that side of the media. The media completely twisted that story and made me look like I was playing bad. I made my son cry!

Mr. Cat: I agree with you, though. A guy hiding in the bushes, that's fucking weird.

The "weird detector" results are in, and it turns out hiding in the bushes to get these pictures is... VERY WEIRD! If an athlete or celebrity is walking the streets of Hollywood or out in public at a restaurant, that's one thing. But when the reigning BOTY is just trying to have some fun with his kids and these TMZ folks are bringing their camera inside the bushes... that's some next level stuff. The next thing you know, they are going to hack into Blake's phone in a few weeks and intercept Mr. Cat and Mr. Commenter's official BOTY 2020 phone call to him. That would be something.