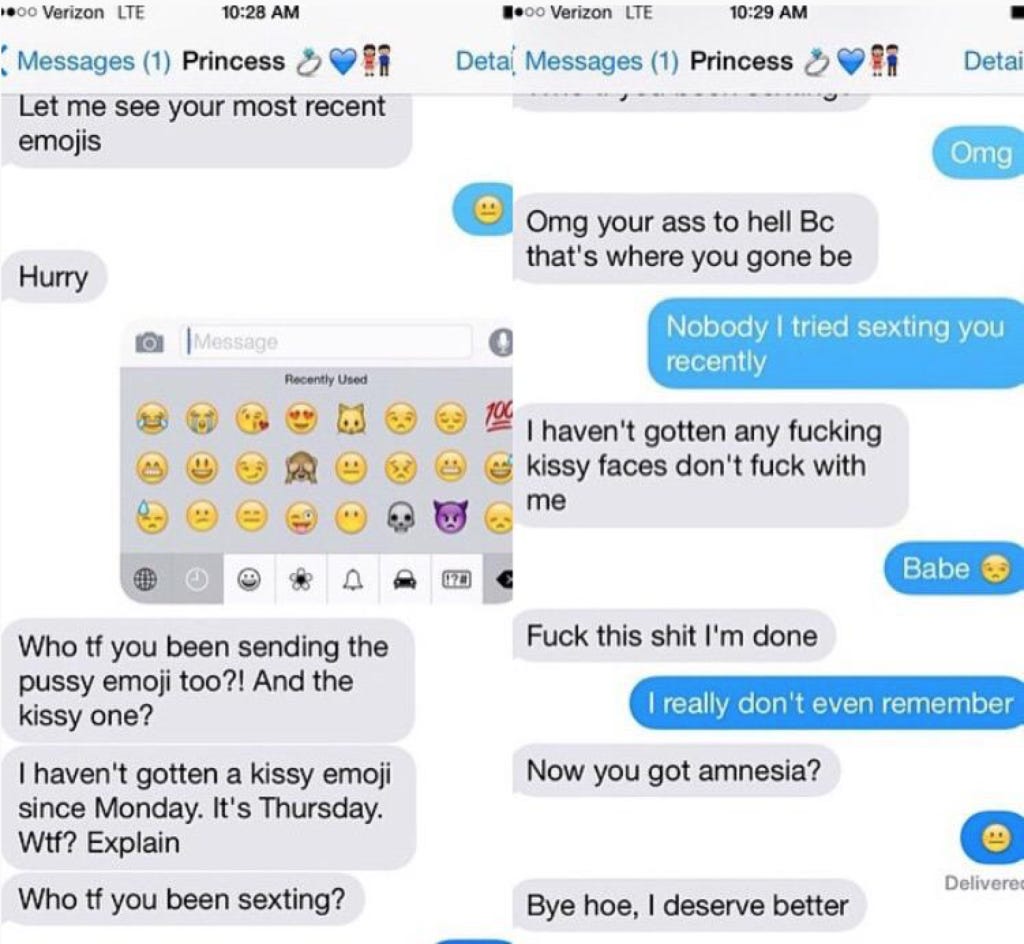 A few months back I blogged some study about how people who use emojis get laid more often than the Normals and stressed the importance of good emoji game. My logic? Chicks LOVE emojis so to not incorporate the main emoji players into your text game is like someone refusing to speak English when working somewhere in America (thanks Obama).

And now, courtesy of BarstoolJJ, you get a glimpse of the other side of the coin that comes with a life full of Japanese animations used to in lieu of words. Normally, this would be a real “abandon ship” moment because the bottom line is if you’re a dude who cheats, you’ve got to limit your risk of getting caught whenever possible. But here’s where this guy went wrong: If you went out and banged your side chick, would you come home to your girlfriend smelling like other pussy and perfume and whatever and go to bed like it’s all normal? OF COURSE NOT. You wash your dick off, put a little bit of your own cologne on top just in case, change clothes, then go back to the usual. So why wouldn’t you think the same way with your emojis? You can’t be throwing dicks and heart eyes to some other girl while not dropping them on your main chick because there’s NO plausible reason you’d be using them otherwise, same way there’s no reason why you’d smell like Perkins waitress anus when you come home from a “night out with the boys.” Cover. Your. Tracks. Cheating is like being Kevin Spacey in Seven, you’ve got see all the angles (and occasionally decapitate someone in the process).

Bottom line: This dude’s fuckup is all on him. You want to cheat? Fine. But cover your ass IN EVERY SINGLE ASPECT of the game. Only a poor mechanic blames his tools.

FYI Princess here is like real-life Cheated On Bitch CSI but you’ve got to come WAY harder if you want a shot at the real suspicious chick crown: