Anyone who knows me, knows that my claim to twitter fame was tweeting about my absolutely insane ex boyfriends. For example, my ex boyfriend once went on my computer, got my best friends phone number, texted her from his phone and asked if she wanted to hook up. When she told him that she was uncomfortable and he needed to have better manners, he responded with, "I don't give a fuck about my manners bitch." He then proceeded to call her a "fucking whore" and a "hoebag." When I asked him why the fuck he would ever do that, he said he was in a bad mood because he ran out of weed. If you're wondering, yes, I forgave him because I was a dumb bitch.

And while I am completely aware that I have extremely bad taste in men, I also know that I'm not the only one with a handful of crazy ex stories under my belt. I took to VivaLaStool's Instagram story for Toxic Ex Thursday and asked to hear your crazy ex stories. The submissions I got made me feel normal, level-headed, self aware, and just like an overall stable individual.

If you put a gun to my head and said, "name what this guy stole out of the car and the image he keyed into the side of it," I would survive. Stealing a juul out of a guys car and then keying a penis into the side of it, is just insanely typical of a college man. Especially one named Chad. On God, I will never date a Chad. 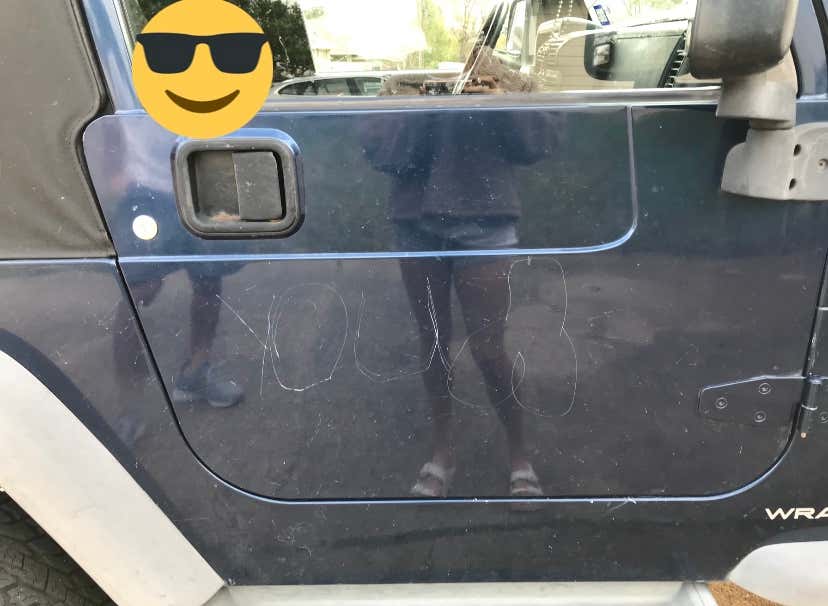 Imagine being sigma cry? The poor guy is literally just trying to get his nut and the next thing he knows his car has been broken into, vandalized, he almost got jumped, and now he has to testify in court against a guy he probably didn't even know existed until he went to get a nic buzz and realized there was pornography on the side of his car.

While I can relate very hard to this girls story, it's always interesting to hear crazy ex stories from the perspective of a man.

First of all, I gotta give credit to this girl. Immediate mental breakdown when confronted about something SHE did? Absolutely genius. Blame it on the mental illness. Make him feel bad for you. Manipulate him. Go to therapy. Buy yourself as much time as you possibly can. Thats probably the only compliment I can give her. Maybe I'll commend her for telling her boyfriend that as a man in the relationship, he should never ask too many questions. But that's about it.

So many rookie mistakes on her end. Staying the night at your friends house because you can't drive home in the dark? What is this? High school? You're in your late 20's. Be more creative with it. Working until 9 PM? Nothing screams "cheater" louder than that.

And the mistake that bothered me the most: leaving your message previews on. His name in your contacts should be under your best friends name and nothing should show up on your home screen except for "imessage." ESPECIALLY when another man is texting you telling you he loves you. This is just pathetic.

As far as the guy who sent this in goes. "Respected her privacy." Absolute king.

When asked to stay so she could choose, he ended up moving home to Illinois and started living his best life. As he said, he is a 29 year old with a bright future. If he's reading this, I'd like him to know that I am, in fact, in the market for a successful husband.

The most unsurprising thing I discovered while I was going through these submissions, was that girls were sending in the crazy things that they did.

Her ex honestly fucking deserved this. Why is he still sharing his location with his ex girlfriend? Especially the ex girlfriend that is the type to follow you around? Just really dumb on his part.

Imagine being on that bus and getting ticketed for underage drinking all because Brad forgot to unshare his location with his crazy ex girlfriend and then hopped on a bus with a bunch of whores he told her not to worry about? I'd be fucking pissed. I'd kick Brad off the bus and leave his ass in Hollywood.

At the end of the day, this girl saw an opportunity and she took it. I'm so proud of her. I can't say I wouldn't have done the same.

Do you want your crazy ex boyfriend/girlfriend story to be featured? Email it to rentfree@barstoolsports.com and check back on VivaLaStool's Instagram story every Thursday for Toxic Ex Thursday. Also, don't forget to follow Rent Free on Instagram (@rent_free) and twitter (@rentfree).