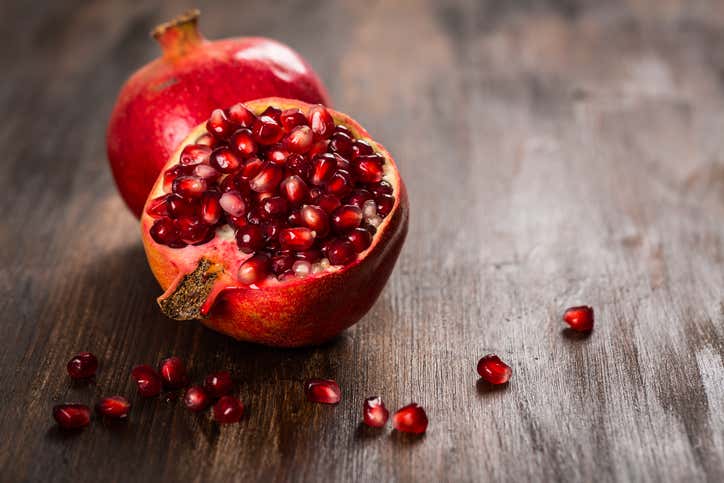 Picture this: it's a Saturday afternoon. You've spent the past few hours on the beach just basking under the hot summer's sun. You got a couple games of spikeball in so you've built yourself a bit of an appetite. Nothing too crazy, it's not like you're ready to order a steak or anything. But you need some sort of sustenance. You reach into the cooler for your snack stash and right there staring you in the face is the perfect treat--a bag full of pomegranate seeds.

You ask anybody to rank their favorite fruits and I'd be flabbergasted to hear pomegranate pop up on anybody's list. But that's to no fault of the pomegranate itself. It's just that Big Pomegranate has sucked ass at marketing their product. The product speaks for itself, but that doesn't really do it any favors if nobody is speaking about pomegranate, ya know? And no, this isn't me getting my pockets stuffed by Big Pomegranate even though that's probably something that somebody who is getting paid by Big Pomegranate would say. I'm just sick and tired of seeing all the same fruits get all the glory when pomegranate deserves its time to shine.

Don't get me wrong, I'm not up here trying to tell you that pomegranate is the best fruit on the planet. But does it at least deserve to be a playoff team? You're goddamn right it does. Pomegranate seeds just offer so much variety in each bite that you don't get from any other fruit. The pop. The juiciness. The tartness. The biggest issue is that people just don't buy pomegranates because, again, Big Pomegranate sucks at promoting it. Which is fine for me because that just means I never have to worry about a pomegranate shortage. But I'm not a selfish prick and I want to share the wonders of pomegranate with the world. Shit is fire, and that's a fact.

Unless you're in this lady's class. In which case, NO POMEGRANATES!!!