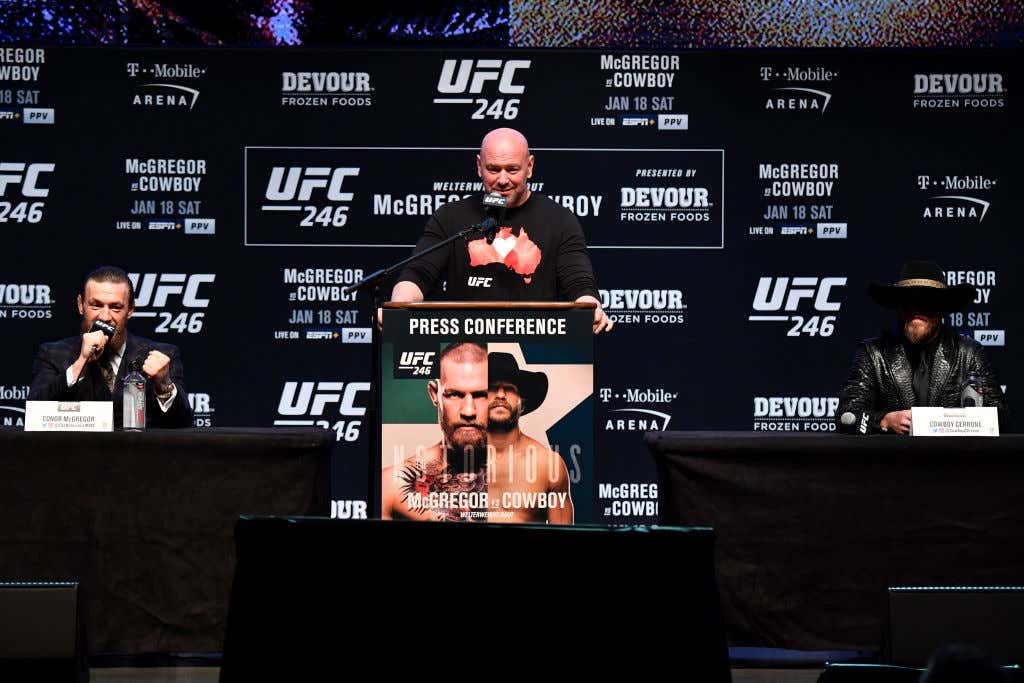 Earlier this morning, we recapped an informational and entertaining interview with ESPN's Booger McFarland. Now, we switch gears to the one and only Dana White, who hopped on today's Pardon My Take to discuss UFC 250 this weekend, the media, and... FIGHT ISLAND!!! This idea has really picked up some steam since it was announced earlier in the quarantine period, and the UFC President gave Mr. Cat and Mr. Commenter some updates on what the deal with that is:

Mr. Commenter: As sports are coming back, can you just tell me that Fight Island is still going to happen?

Mr. Commenter: Do you know where the island is located?

Dana White: I do, yeah. Nobody else knows, though.

Dana White: I'll tell you next week. Next week I'm going to have some images and a lot of other things.

Mr. Cat: Let us ask you two questions: is it in an ocean?

Mr. Commenter: Is it in the Pacific Ocean?

Mr. Commenter: You would have said no! Pacific Ocean, off the coast of the Catalina. Is it like a lesser Catalina?

Mr. Cat: Yeah, it's just one of those islands inhabited by seals.

Mr. Commenter: Can you comment on the rumors that you had the Chinese Government to build you one of their fake islands, just so you could stage a fight on it?

Mr. Cat: Now I want to know where the fuck Fight Island is!

I'll say this. The moment the idea "Fight Island" was introduced to us a couple of weeks ago, there were definitely some interesting thoughts about it. But now with plenty of other sports set to restart later this summer, I'd say the pressure his quieted down, at least a little bit. Look, at the end of the day, all that matters is that live sports are happening in front of our faces. As Big Cat has said multiple times, all we need is a ball moving back and forth on our screens to feel some sense of normalcy. Two people beating the crap out of each other in the octagon applies to that theory, too, no matter where it may be. But Fight Island will still be awesome.