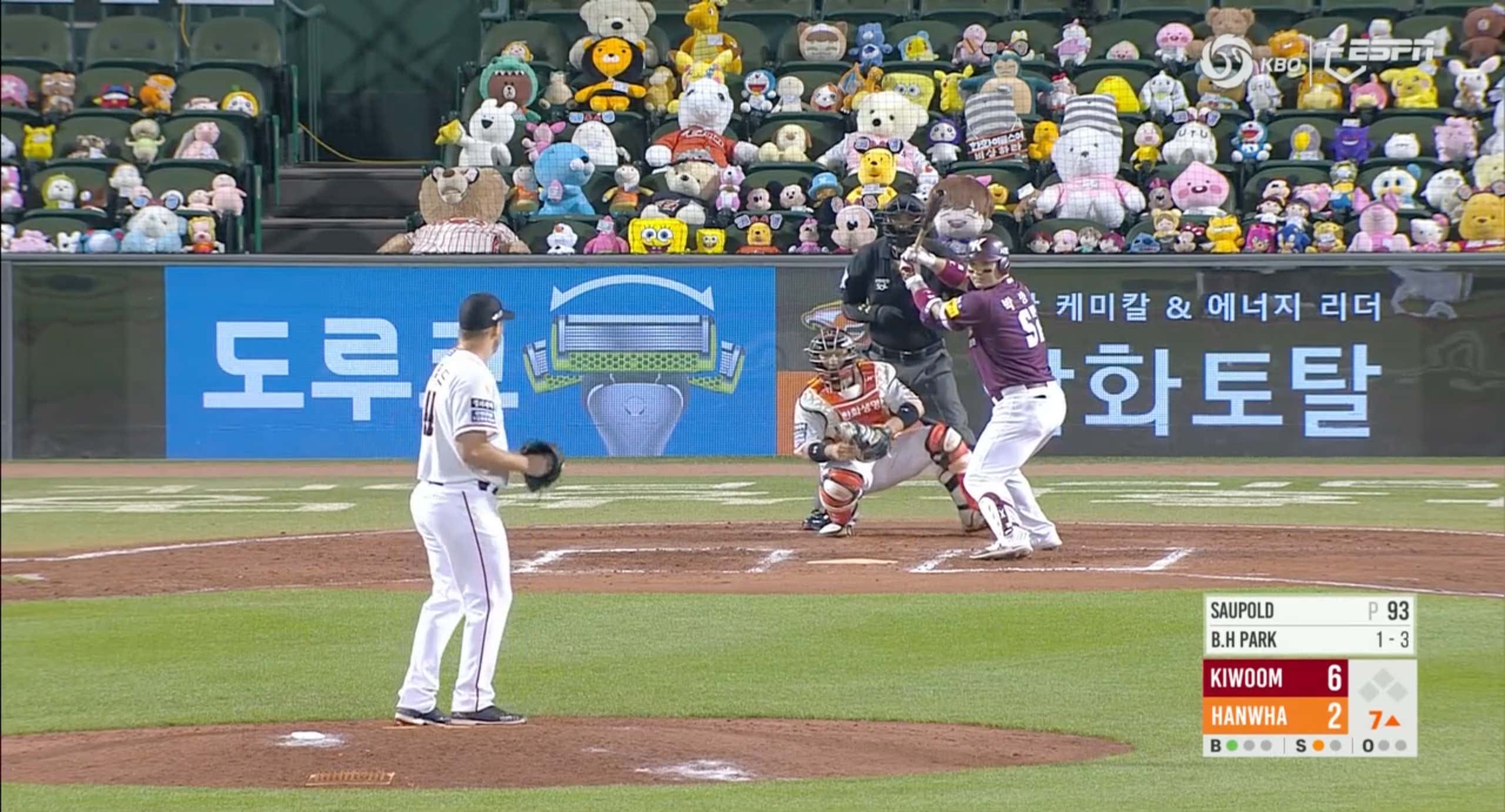 Flex on 'em, SpongeBob! Those are some great seats for a little KBO action. Had no idea that SpongeBob was a baseball fan, either. I mean, if you're traveling to Korea to get your baseball fix, then you must be diehard so you've gotta respect it.

Imagine trying to explain this picture to someone that just woke up from a six-month coma? Yeah, so there was a global pandemic, fans aren't allowed into stadiums anymore, Major League Baseball isn't being played at all, but they're playing in Korea and now SpongeBob has seats behind home plate. Something like that. Does that make sense? No? Got it.

It must be so weird for the players, too. These guys, especially in Korea, are used to fans going nuts for them, gassing them up and giving them that extra boost when they're in between those white lines to compete against the best of the best. Now they're competing with stuffed animals in the stands. I mean, that's gotta be better than empty seats, no?

Yesterday, Joel Sherman tweeted that there's never been more pessimism about the MLB negotiations and today Jon Heyman tweeted that there's "great confidence" that baseball will be played this year. Who the fuck knows. I've talked to players, executives and agents and nobody is saying the same thing. That's to be expected, I think, but it just goes to show where these talks are actually at. I have no idea if there will be baseball this year, but I do know that if there is, there will be no fans. So, here's to hoping that SpongeBob makes his way back to the States and has those same seats for a little Red Sox-Yankees action at some point. Guy deserves it. Squidward is an asshole, so he'll probably be watching lacrosse.