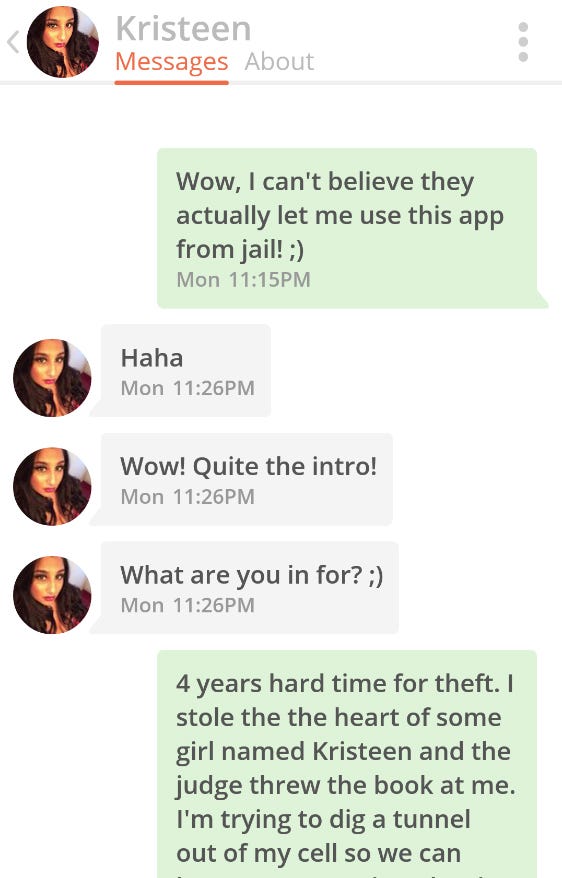 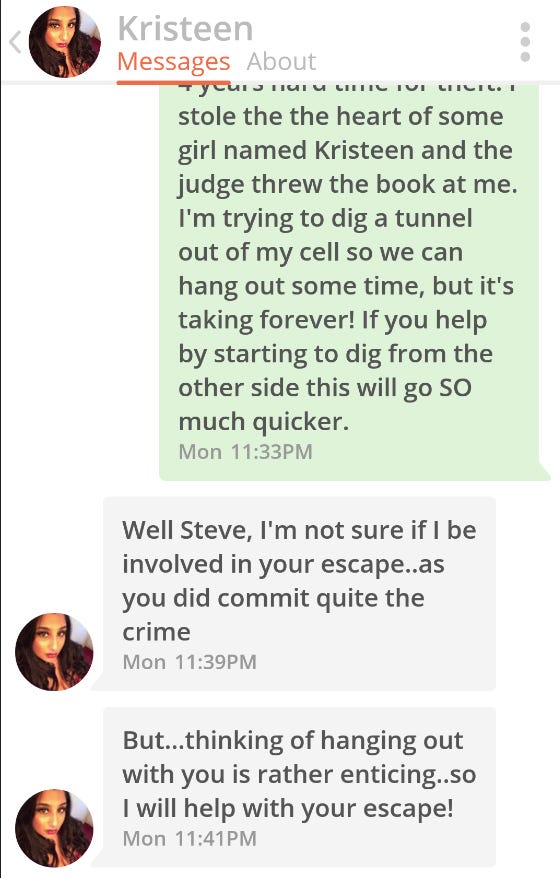 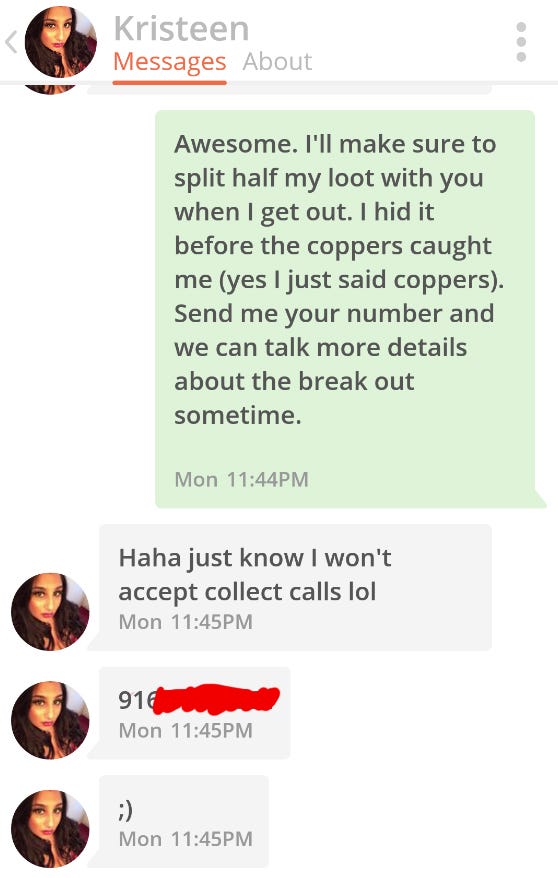 Some guy posted this one to a Tinder subreddit bragging about how it works all the time and it went viral and that’s just such a dumb move. It’s human nature to want to show off, even if it’s as corny and try-hard as this guy’s attempt. But if you have something that works, don’t post it there, don’t send it to me, keep it to yourself and reap the benefits from dozens of dumb women (or men!) out there. Not only so you can avoid your gimmick being stolen, but also because these elaborate ones are always so fucking awkward and embarrassing. I don’t want to hear my best friends run shitty game at a bar, so I definitely don’t want to see some dork pretending to be a criminal in a ploy that REALLY shouldn’t result in getting it in, especially with a chick out of his league. This is probably how Craig Biggio felt when he saw everyone juicing their way to home runs and fame…we play the game the right way here.

And this means it’s time for our late Friday tradition of the best of the week of Tinder. Tweet me your funny and hot Tinder screencaps and some of it’ll make it in for mere seconds of valuable fame. And away we go! 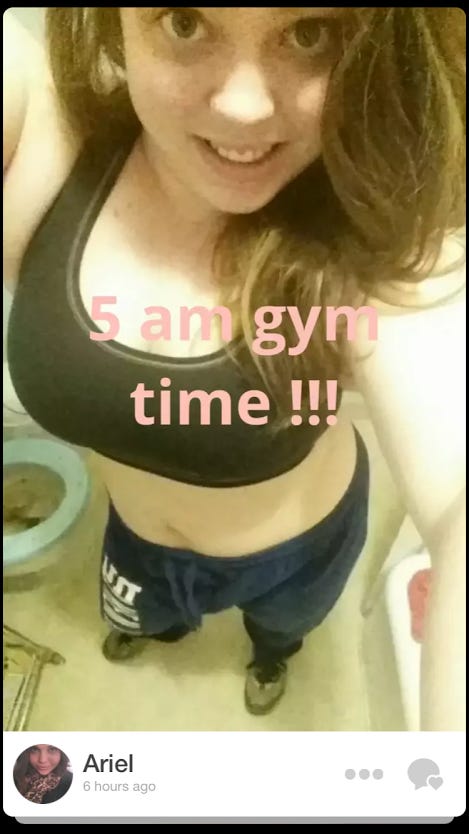 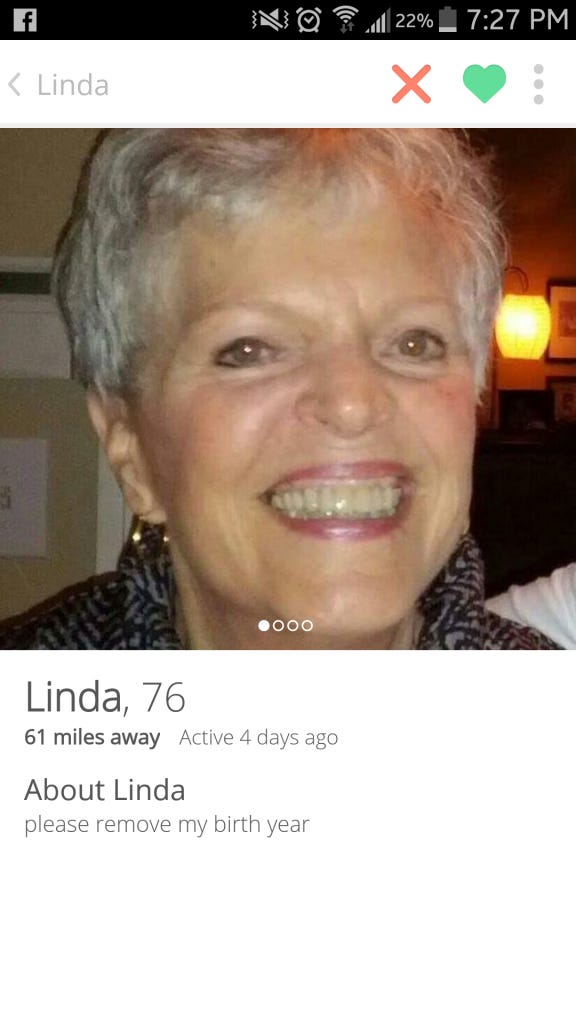 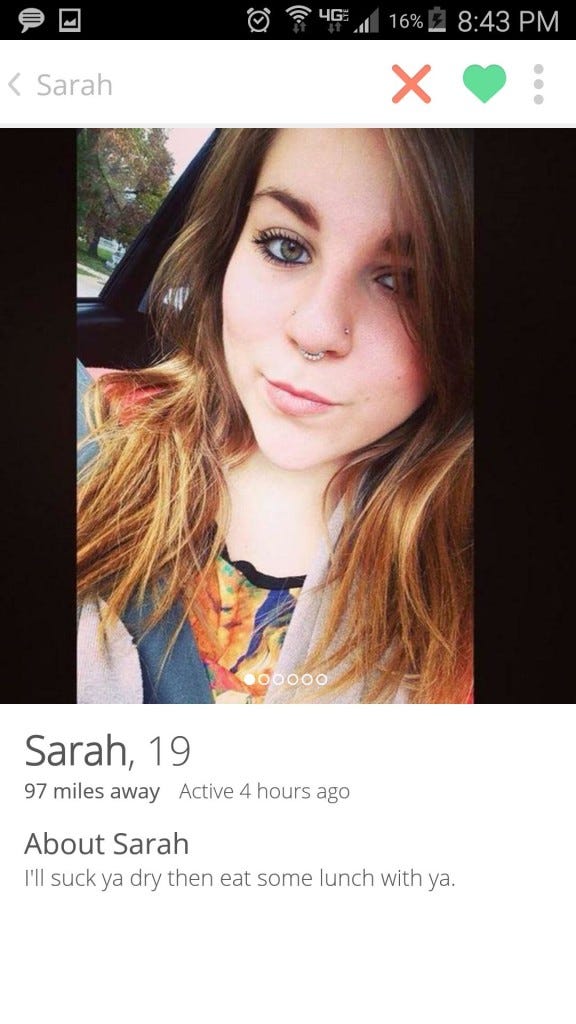 Something tells me Sarah gets ditched for a whole lot of lunches. 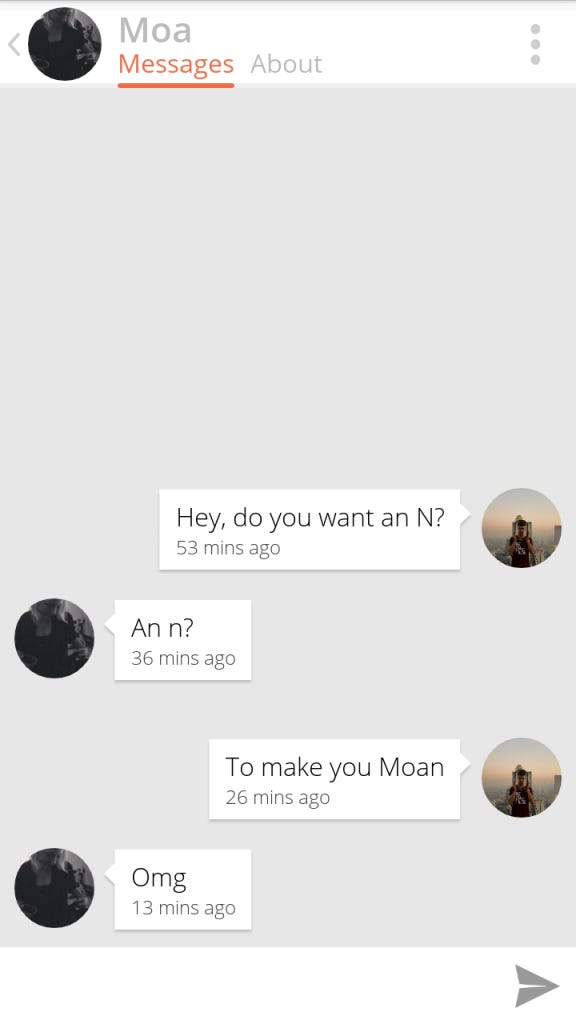 FYI to this guy, “Do you want an N” is also not a question to ask Barstool commenters. 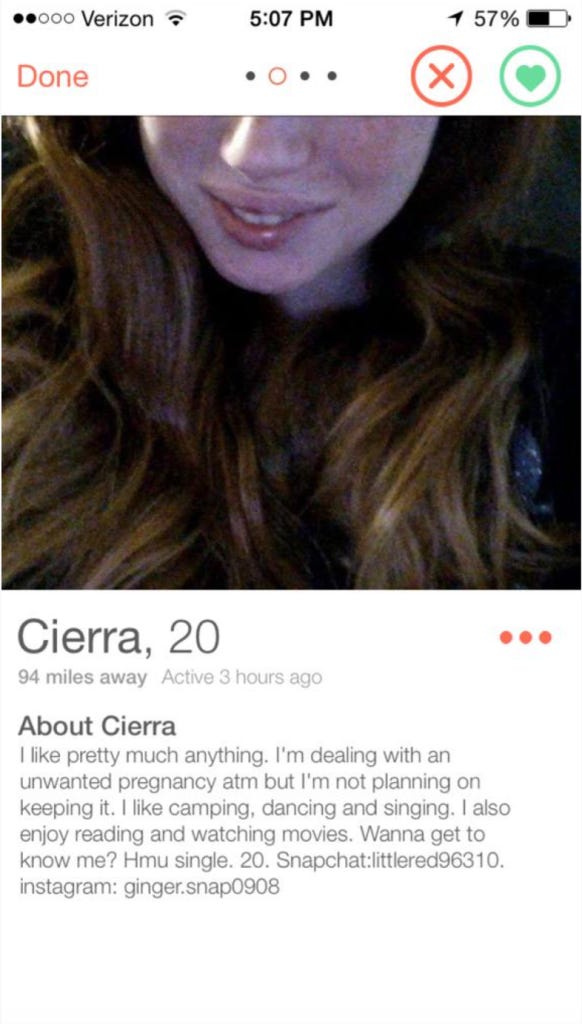 Getting someone on the books for a date is hard enough sometimes. Planning said date around an abortion? Nightmare scheduling scenario. (h/t R_Anderson10) 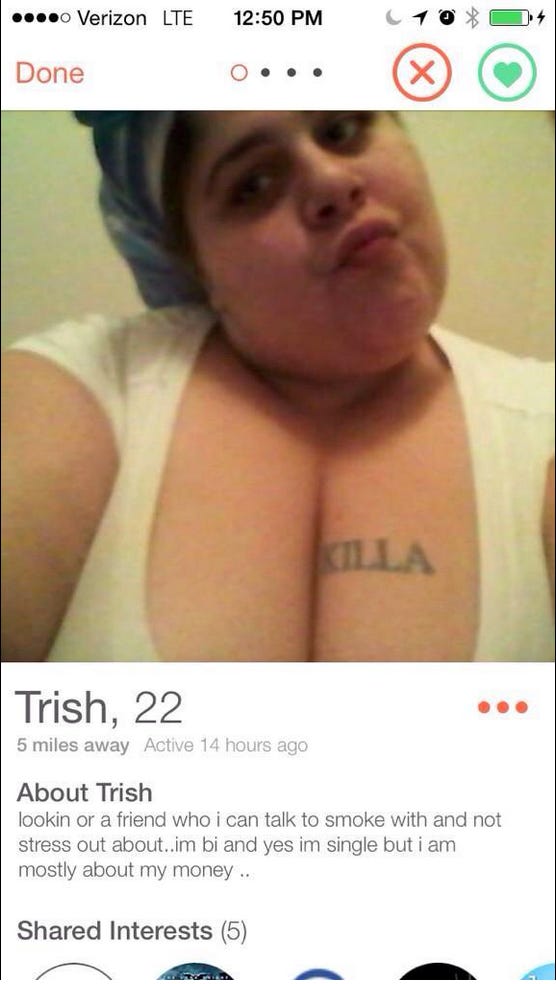 Just a reminder: These are the people you’re competing with on Tinder. If you’re not getting it in when this is the alternative for 90% of women on the app, you have failed. 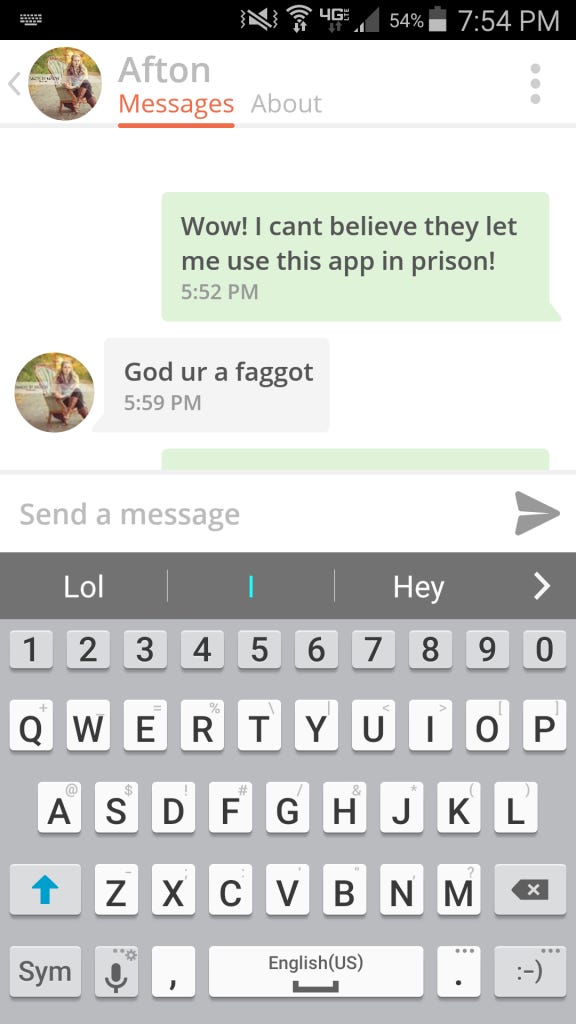 This chick gets it. 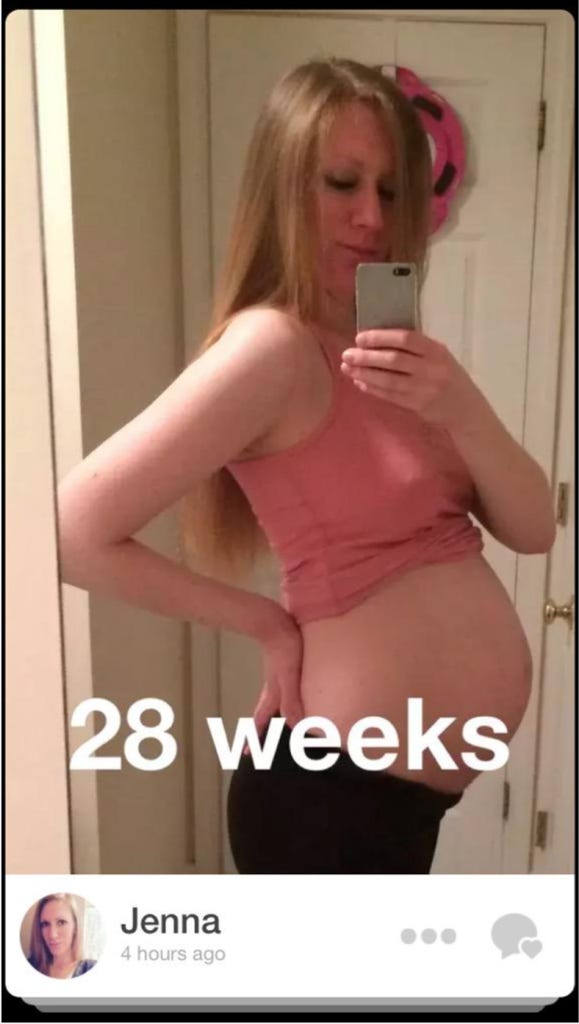 And a few hot/mildly NSFW ones: 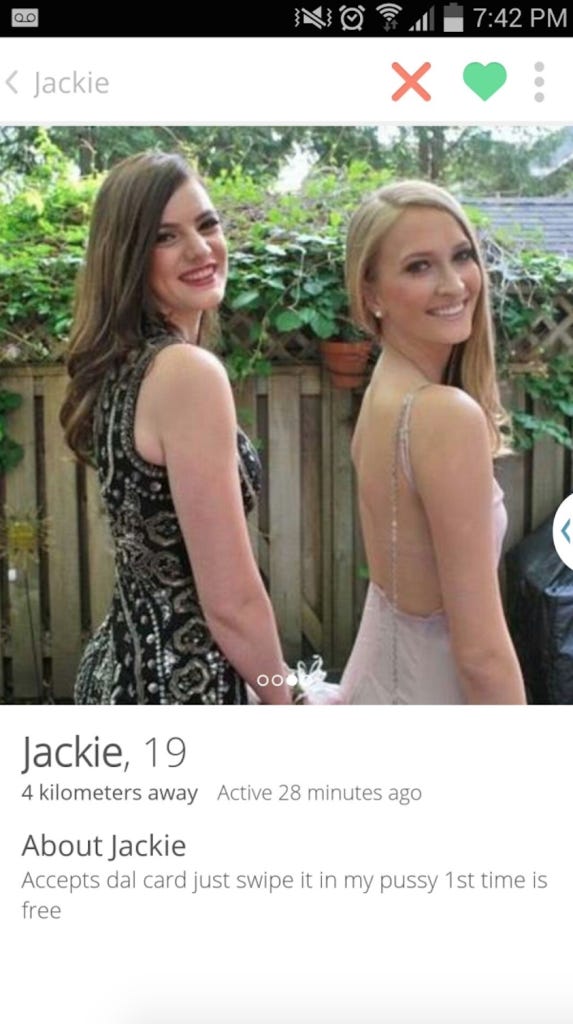 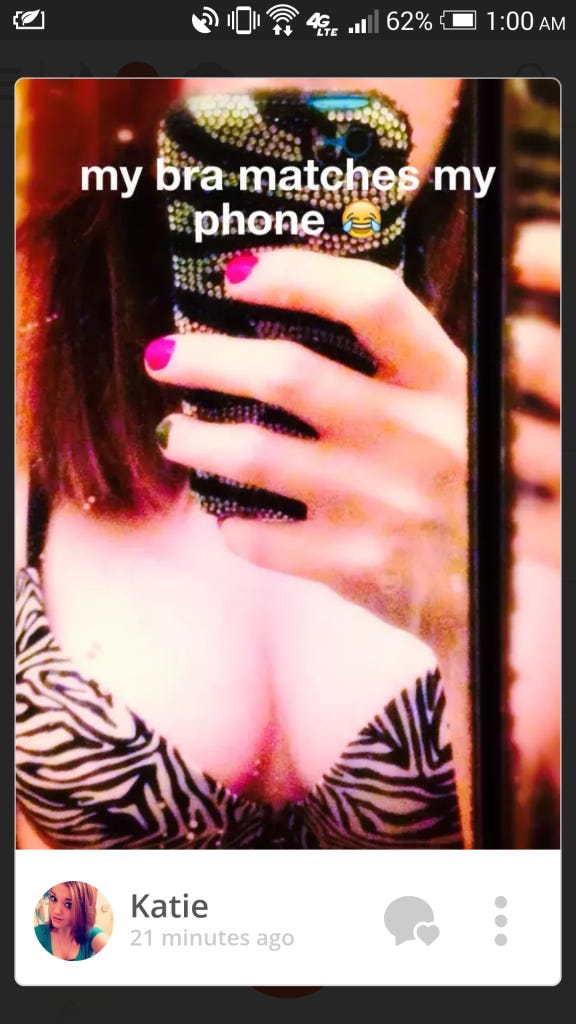 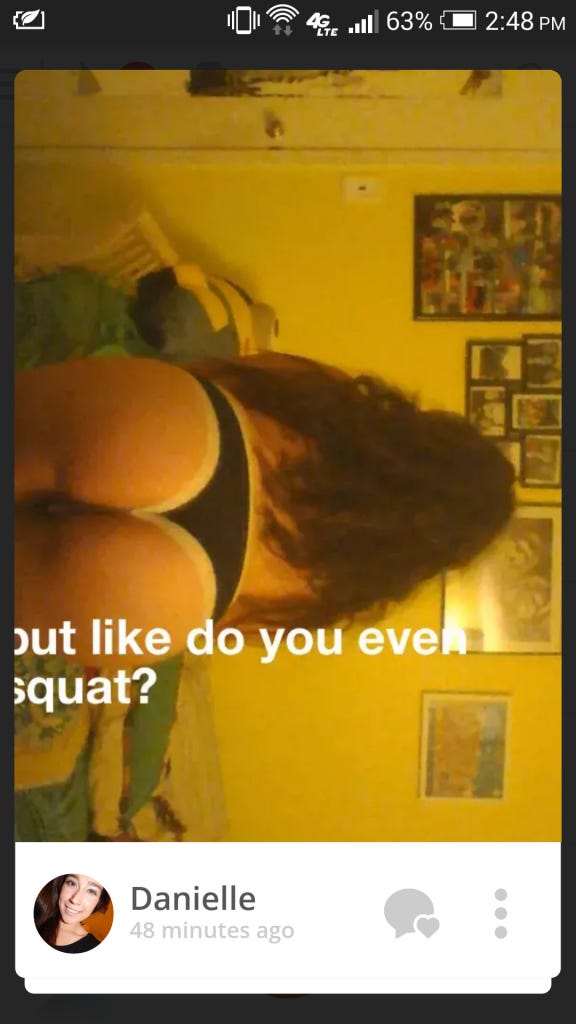 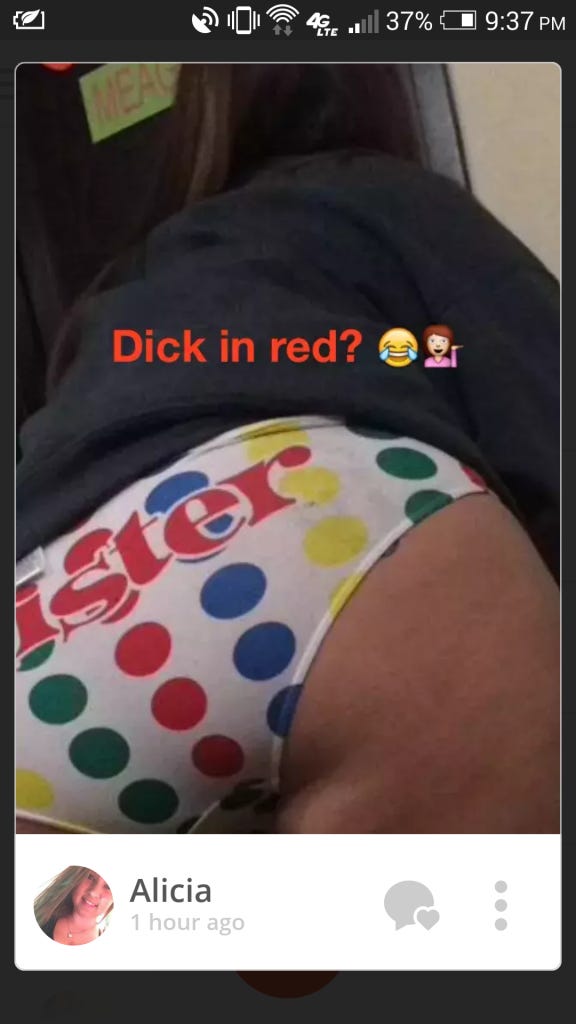 For the record this is not sexy at all but yes, you’d have to.

And here’s a sweet pair of NSFWs to top it all off. Remember to tweet me good things so I don’t have to do work. Thanks in advance and swipe safely boys.